If amateur recordings found on YouTube are any testament, then close-quarter shows seem to be as natural an environment as any for a band like Big Ups. The resulting collaboration between four friends who met in the NYU music technology program, Big Ups will bring their brand of abrasive, high-energy, post-hardcore, noise rock drenched in drear and resentment to the very close-quarter, underground, Corpus Christi venue The NASA (formerly known as Studio B) on March 9. The spring break bash is being put together by Record Tree Production and Promotion.

Having come out with their debut LP, “Eighteen Hours of Static,” last month through new label Dead Labour and highlighted in music blogs such as Stereogum, Pitchfork and The Needle Drop, the band is on a trajectory to make a forceful impact on the year’s early releases. Frontman and vocalist Joe Gallaraga and bassist Carlos Salguero recently talked with the Del Mar College Foghorn about their growing profile, evolving sound and the prospects of taking in tacos during their visit.

Q: How did you get to be a part of this show in Corpus Christi? Do you plan on taking in the beach here? Maybe some of our world-famous taco joints?
Joe: We have never been to Corpus Christi before, and we got on this show because we’re tagging along with our pals in Pile and Speedy Ortiz. It’s pretty weird; all of our prior tours we have booked ourselves and were in towns where we have friends or friends-of-friends, so I’m pretty excited to check out Corpus Christi. Beaches and tacos: yes, please.

Q: How do you like touring to such far away places? How do you keep yourselves entertained on the long trips?
Joe: We love touring in general! We play a lot in NYC, so we pretty much jump at the chance to go anywhere else. As for road entertainment, we listen to the same Mitch Hedberg CD every trip.

Q: I’ve read that your debut album, “Eighteen Hours of Static,” had been in the works since last July and that you’ve since come up with a good deal of new material. Are you going to premier any new songs at your Corpus Christi show, and how long do you think it will be until we see a new album come from the new material?
Carlos: We’ve been playing some of the songs from “Eighteen Hours” for over two years before the album came out. While we won’t be debuting any new songs in Corpus Christi, we’ll be playing a few new songs that you haven’t heard and that aren’t on the album.

Q: Your debut has been likened to such acts as Black Flag with some Steve Albini, Melvins and various 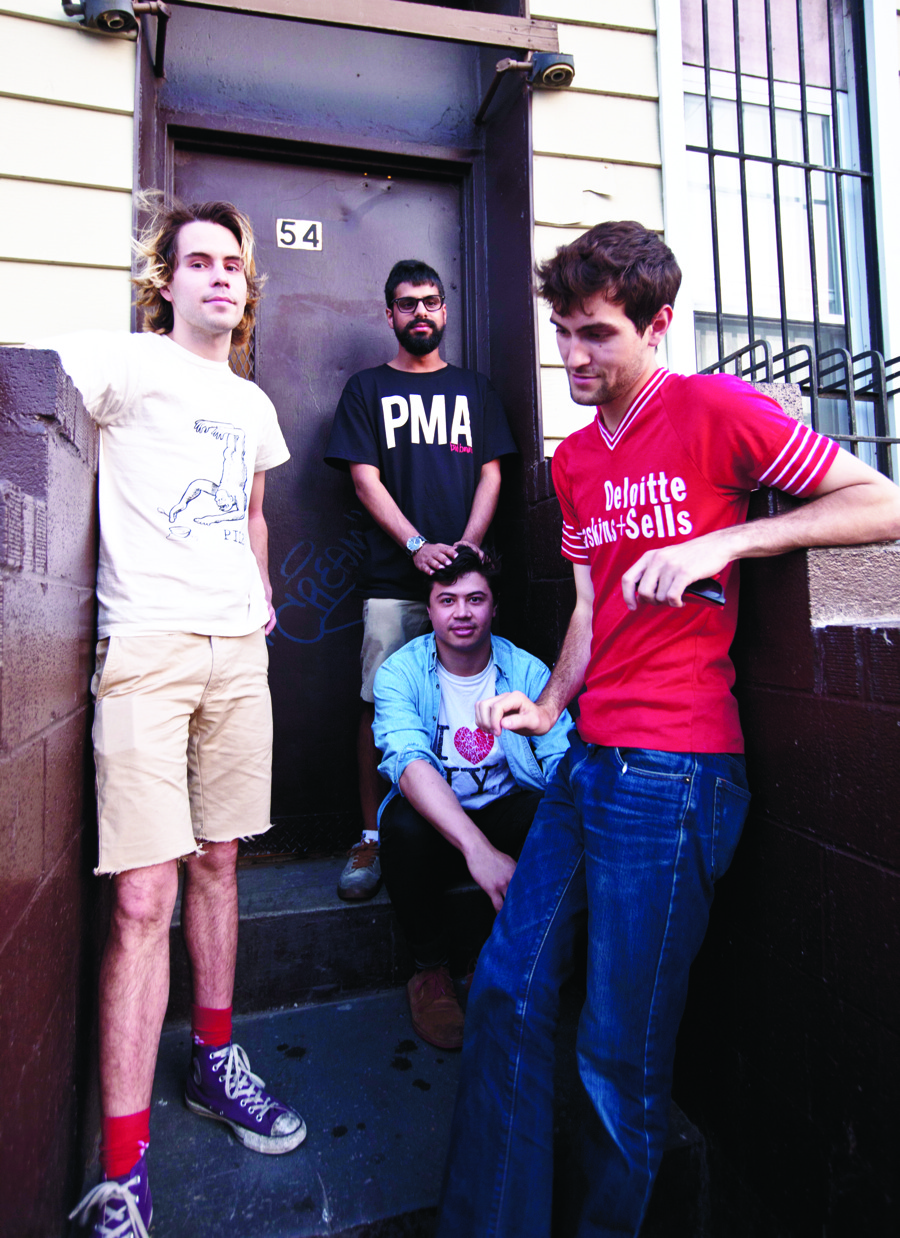 ’90s alternative acts thrown in. I’ve also read that you largely haven’t seen much of a connection with such acts. What would you say has been the biggest influence on your sound? Are there any bands in particular you listen to for inspiration?
Joe: I think we see the connection to bands like Black Flag; I can understand why people say that, but I don’t think that we necessarily sound like those bands. We don’t consider ourselves a hardcore band, though I think there are elements of hardcore in our sound. But we also incorporate other sounds into our music: grunge, post-punk, indie rock, metal, etc. As for our influences, all of us listen to very different music, and I think we all bring our different tastes into the songwriting process.
Carlos: I feel like a lot of our influences actually come from our contemporaries in “the scene” that we’ve come up with rather than those older ones we’re compared with in critiques. There are albums we all love to listen to on repeat (Pile, Ovlov, Roomrunner, etc) and, inadvertently or not, I think that comes out in the newer things we are writing — in our case imitation is correlated to flattery.

Q: Prior to your debut, and since, I’ve noticed quite a bit of hype surrounding Big Ups. You’ve been featured in Pitchfork, Stereogum and even on the MTV website. What has the transition been like going from a local scene to a higher profile, nationally?
Carlos: The transition has definitely added to the amount of parking tickets and car insurance payments we’ve had to make. On a serious note it’s been exhilarating and humbling. On one hand we could just get drunk and play a sloppy set because … hey, who’s there but our 6 friends anyway, but now all of sudden, when we look into the crowd and there are kids we’ve never met in the front row freaking out and screaming along to our songs and we feel like people care about what we’re doing so we want to live up to those expectations and be a better band at every show.

Q: I’ve read that you originally started with more of a pop punk sound and playing songs with more lighthearted subject matter. Why the change in direction? What influenced the subject matter of “Eighteen Hours”? Does this trend continue with the new music?
Joe: I don’t think the change was very deliberate, but happened rather naturally. I don’t think we ever wanted to sound like a pop-punk band, but we just sounded that way when all of the parts came together. I wrote pretty much all of the original songs myself, and I think now that we write more collaboratively, everything is more intentional.

Q: Outside of the band, what do you all like to do in your free time?
Carlos: I cook a bunch.
Joe: I just hang out in my apartment pretty much.

Q: What have you all been listening to lately?
Joe: I think I have every Multicult record, so I have been listening to their stuff a lot.
Carlos: I’ve had both of the singles from Cloud Nothings and Future Islands on repeat. Really psyched to see how the whole album comes out for each.

Q: What do you hope folks can take away from one of your shows? Have you played any that stand out, in particular?
Joe: I just like to see people in the crowd having fun. If that happens, then the show is a success.

Big Ups will play with Speedy Ortiz, Pile and local favorites Microphonic and the Denim Hares at 9 p.m. March 9 at The NASA by Galvan’s Ballroom. 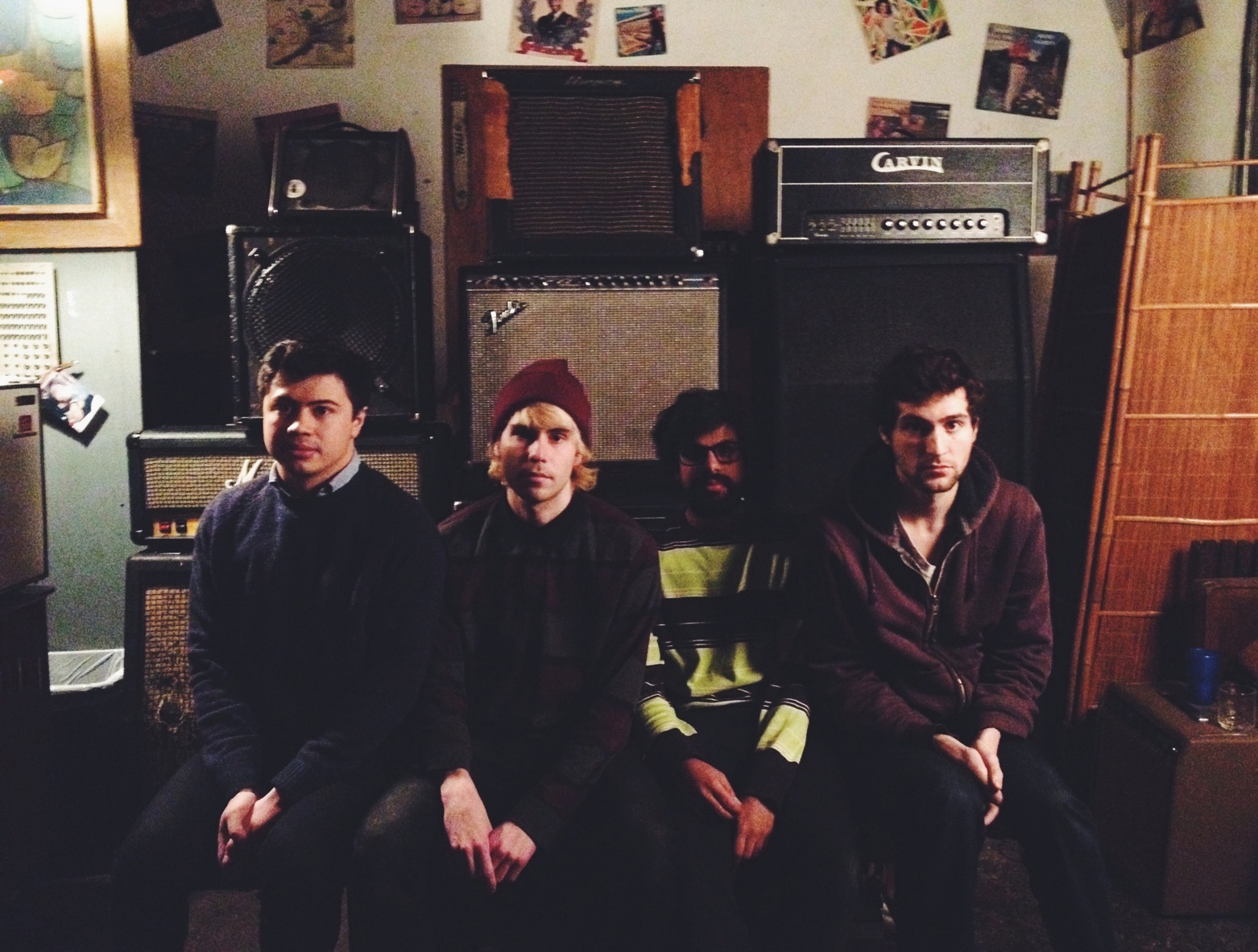