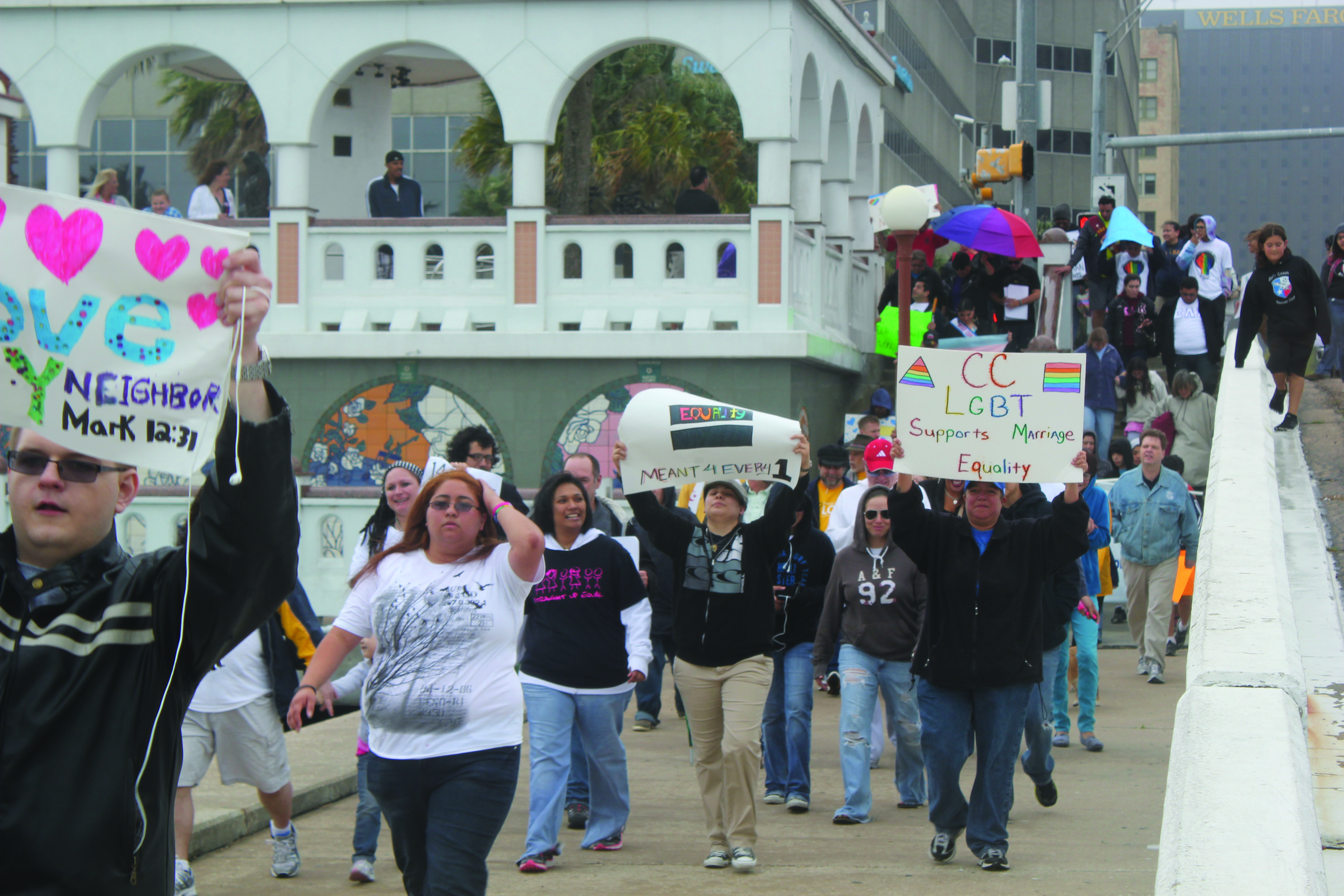 Over 100 community members persevered through stormy weather on March 23 for Corpus Christi’s third annual Marriage Equality March, sponsored by the International Socialist Organization and Bisexuals United. People holding slogans painted across poster boards, flags and several umbrellas marched along Ocean Drive with one purpose in mind: to bring awareness and acceptance to the LGBTQ community and their rights.

A sign making party was held at the1301 co-op the Thursday before the event. Del Mar College’s Gay-Straight Alliance President Woobin Chang, along with friend Justin May, attended to volunteer their time and creativity.

“People are just scared of what they don’t know,” May said. “We’re out here, we’re supporting you, we’ll raise you up when you fall. That’s all we’re here to show. We’re loving, kind people. We’re not deviants or crazed maniacs.”

The march started at the barge dock parking lot adjacent from the American Bank Center and ended at the Peoples street T-Head where organizers of the event awaited their arrival.

“When I was asked to speak at this, I struggled with the same question I always do: I don’t even understand why this is even an issue,” Adams said. “I mean it’s just a simple thing. Love is love.”

Korbin “Boomer” Matthews, co-founder of “Oh, Corpus”,  local radio personality and last year’s emcee of the event was among several of the guest speakers. Matthews’ speech concentrated on activism and education among people one encounters everyday.

“Think of how far we’ve come in just one year. Just one year, ya’ll!” Matthews said. “If you have the strength and the courage to stand out here today, then take that same spirit into your everyday life and bring up this topic in conversations.”

Local singer and songwriter Liz  Robledo broke up the speeches with electronic covers of popular songs. Robledo is also a co-founder of Corpus Christi LGBT, a group designed for anyone who is LGBT or might be questioning their sexuality.

As the winds and rain, or as Matthews called it “universe glitter,” began to pick up, the crowd bundled closer to one another, braving through every minute of the rally.

Honey Andrews, a 28-year-old transgender woman and performer, shivered her way on to the stage and shared her most recent incident of being excluded from an annual Selena tribute. Fellow transgender advocate Kitana Sanchez shared a recent experience of homophobic bullying as she was kicked out of a local bar for a “bathroom incident.”

“Remember, together life gets better. We are here, we are human, and we deserve equal rights,” Sanchez said.

During her speech, ISO member and Rio Grande Valley activist Erika Galindo brought light to the importance of activism and protests when trying hold politicians accountable.

“When they tell us that we need to be patient we need to remind them that they are working on deadlines that are past due,” Galindo said.

Isabel Araiza, who was the keynote speaker and closed the rally on a note of hope, is an associate professor of sociology at Texas A&M-Corpus Christi. Araiza brought several options to the table for those who are looking to make a difference in their community and, overall, nationally. 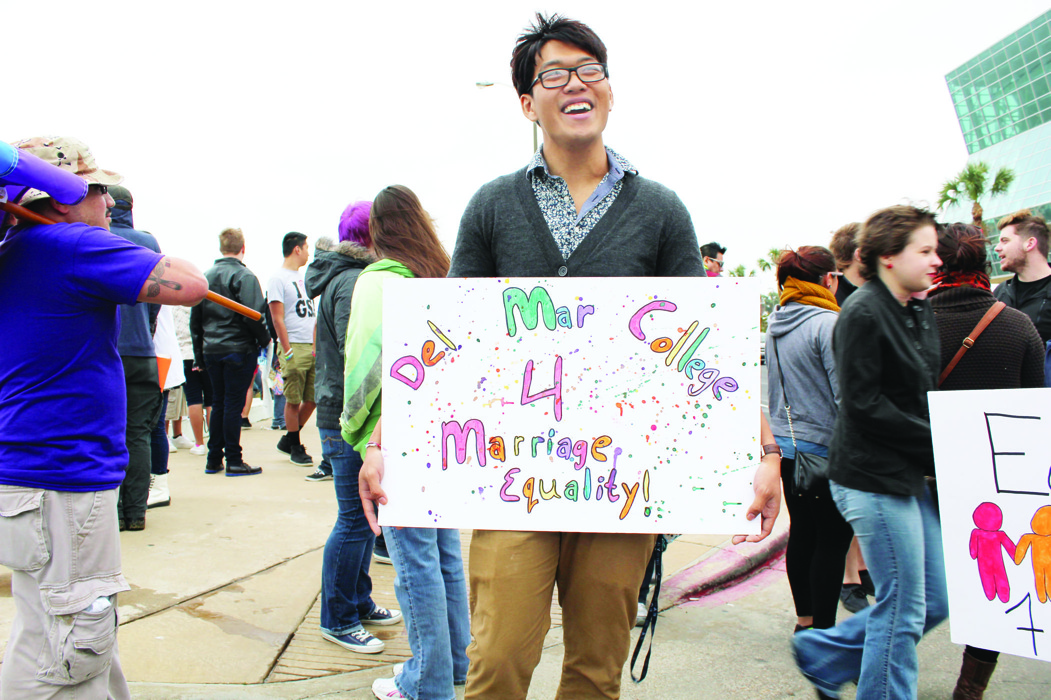