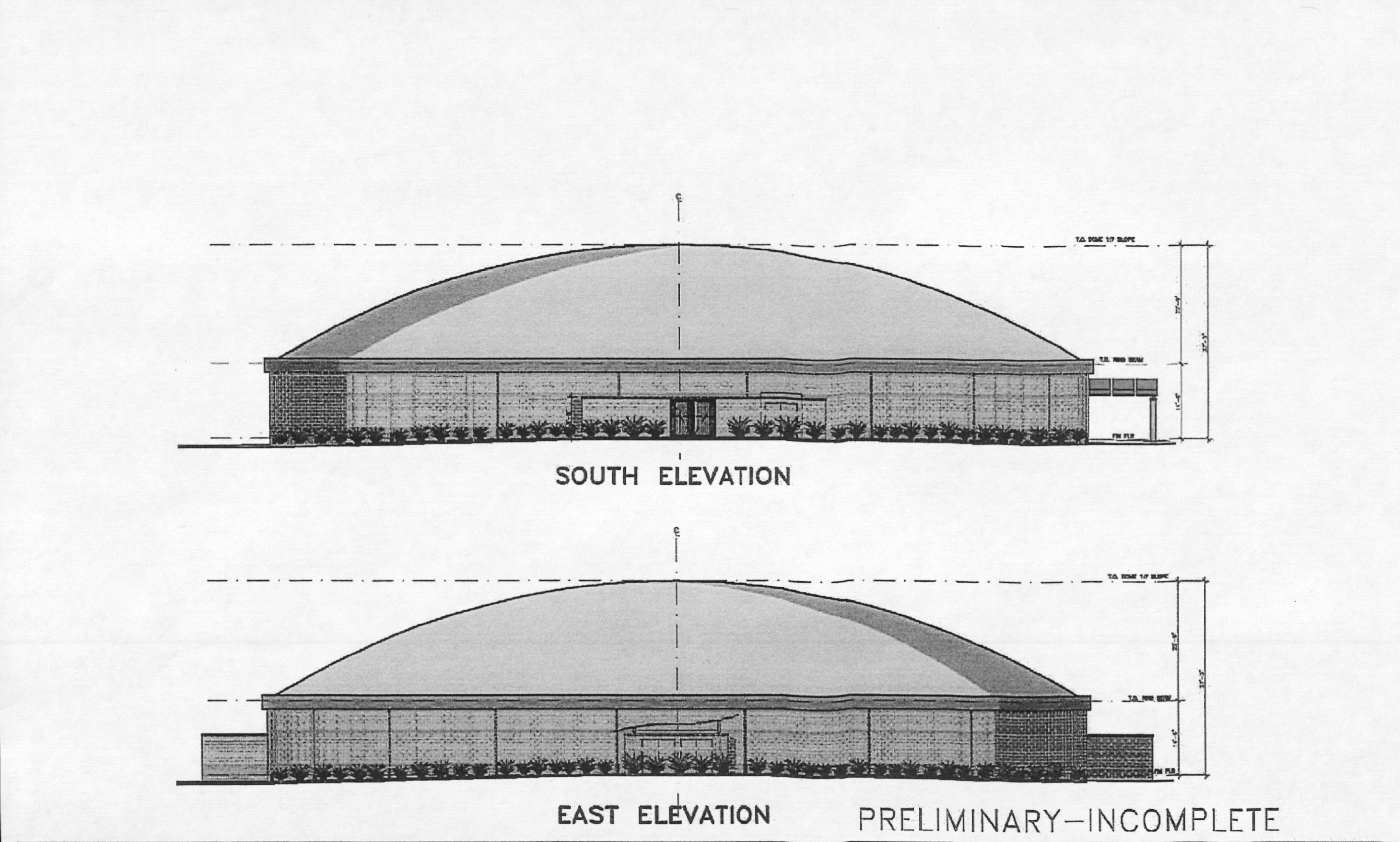 Cutright Allen Architects (CAA) of La Grange has been awarded the contract to design and develop the Del Mar College Safety Dome. CAA submitted a preliminary conceptual design along with a proposed interior floor plan to the DMC Board of Regents, which has been approved.

Based on current construction cost of $148 to $158 per square foot, FEMA will match up to $2.6 million to DMC’s $600,000 for the construction of the dome shelter itself.  All interior construction costs will fall to DMC.  Now that the interior layout of the dome has been finalized, the complete project is estimated to cost $5 million. The actual cost will not be known until after a contractor has been selected.  The dome project remains on schedule and within budget estimates and is now in the “construction document development” phase.

During this phase, the conceptual design is further developed to detail all the component parts that go into making a building functional. For example, heating and A/C, lighting, electrical, communications and plumbing are all worked into what will be the final construction drawings. They also detail the makeup of interior and exterior wall construction, window and door specifications, roof construction, etc.

“That is a long process that will probably run through June,” said Dr. Lee Sloan, vice president of Administration and Finance for Del Mar College.

Cutright Allen Architects works with architectural engineers during this phase of the construction project to ensure the dome will meet state and federal regulations.

“Because this is a federal project, the plans then have to be submitted to the state and to FEMA for peer review and approval,” Sloan said.

The finalized plans then go out for bid to select a contractor. A contractor is expected to be selected around November; construction is estimated to begin around February 2015, with a tentative completion and occupancy date in January 2016.

Although the dome’s primary purpose is to be turned over to the city of Corpus Christi during a declared wind emergency, the day-to-day use of the dome is at the discretion of DMC. Typically, a wind emergency event is not expected to last more than one or two days and in some cases as little as a few hours. The rest of the time, the dome will be used to enhance public safety training programs at DMC.

“The project team decided early in the process to secure the college’s essential data resources,” Sloan said. These “resources” are the DMC data servers that are currently housed in the Venters Business Building, which is not a storm-rated building.

“The project team’s second priority was to address the needs of public safety in terms of providing training rooms for simulated emergency operations and to support other activities of public safety which have now overflowed their current facilities,” Sloan said.

Currently, we are “chock-a-block with 50 to 70 students in a classroom with a capacity of 30 to 40,” said Dr. Larry Lee, dean of the Division of Business, Professional and Technology Education at Del Mar College.

Emergency Medical Technician program students practice dawning rescue equipment in the heat of the day, and at night, when the lights come on, they have to contend with all kinds of bugs and mosquitoes.

“These conditions detract from learning,” Lee said. Moving a training situation like the demonstration phases of how to use breathing equipment (Self Contained Breathing Apparatus-SCBA) and the proper wear of safety suits to an indoor facility like the dome facility will allow students to focus on the instruction being given without having to contend with the elements.

DMC Safety Training programs will not be the only ones to benefit from the dome. The dome features a large, nearly 11,000-square-foot open area that will be used for special events like career fairs, health fairs, graduation and pinning ceremonies among other special events.

“We wont have to worry about renting tents,” Sloan said. 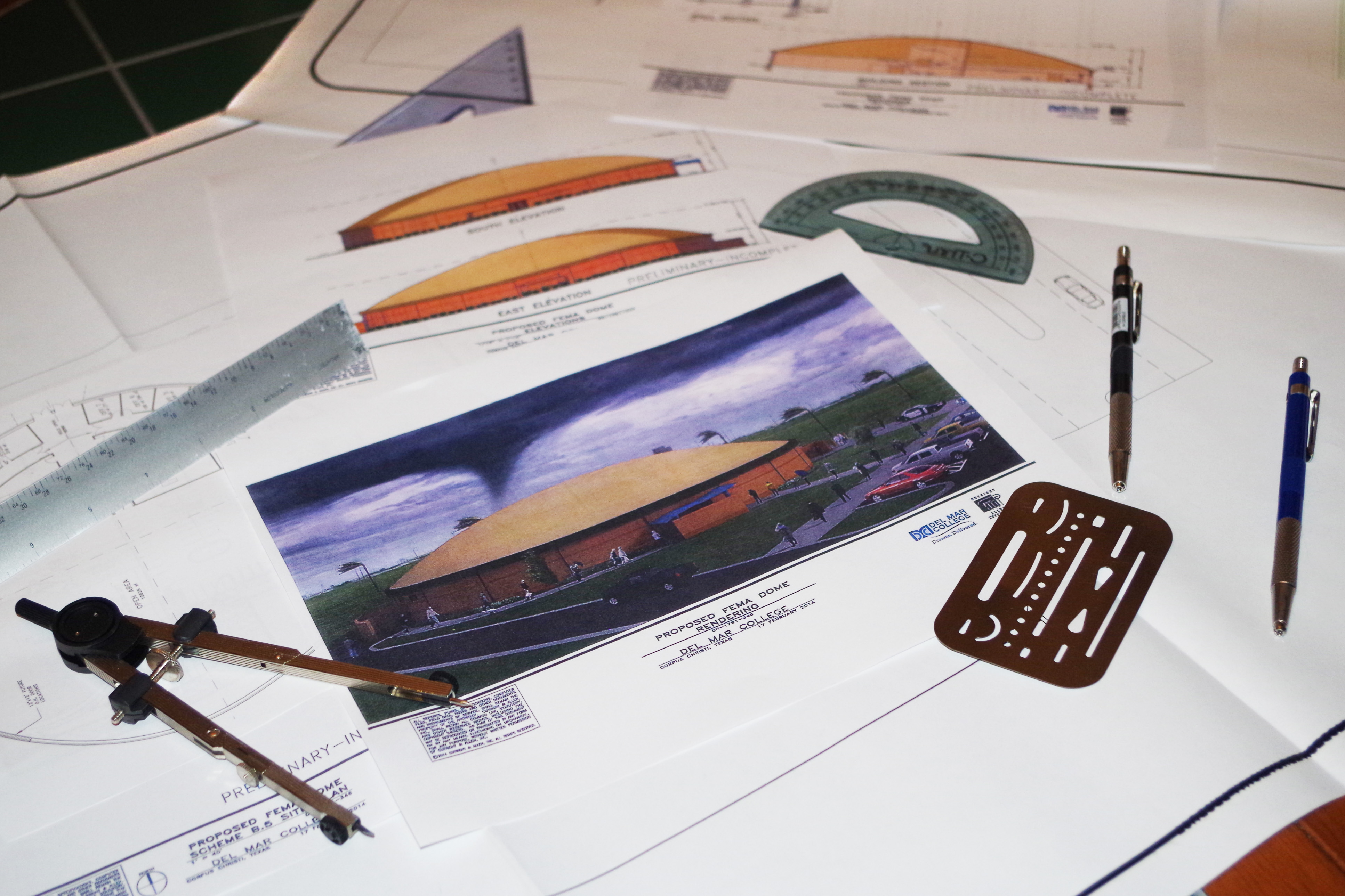