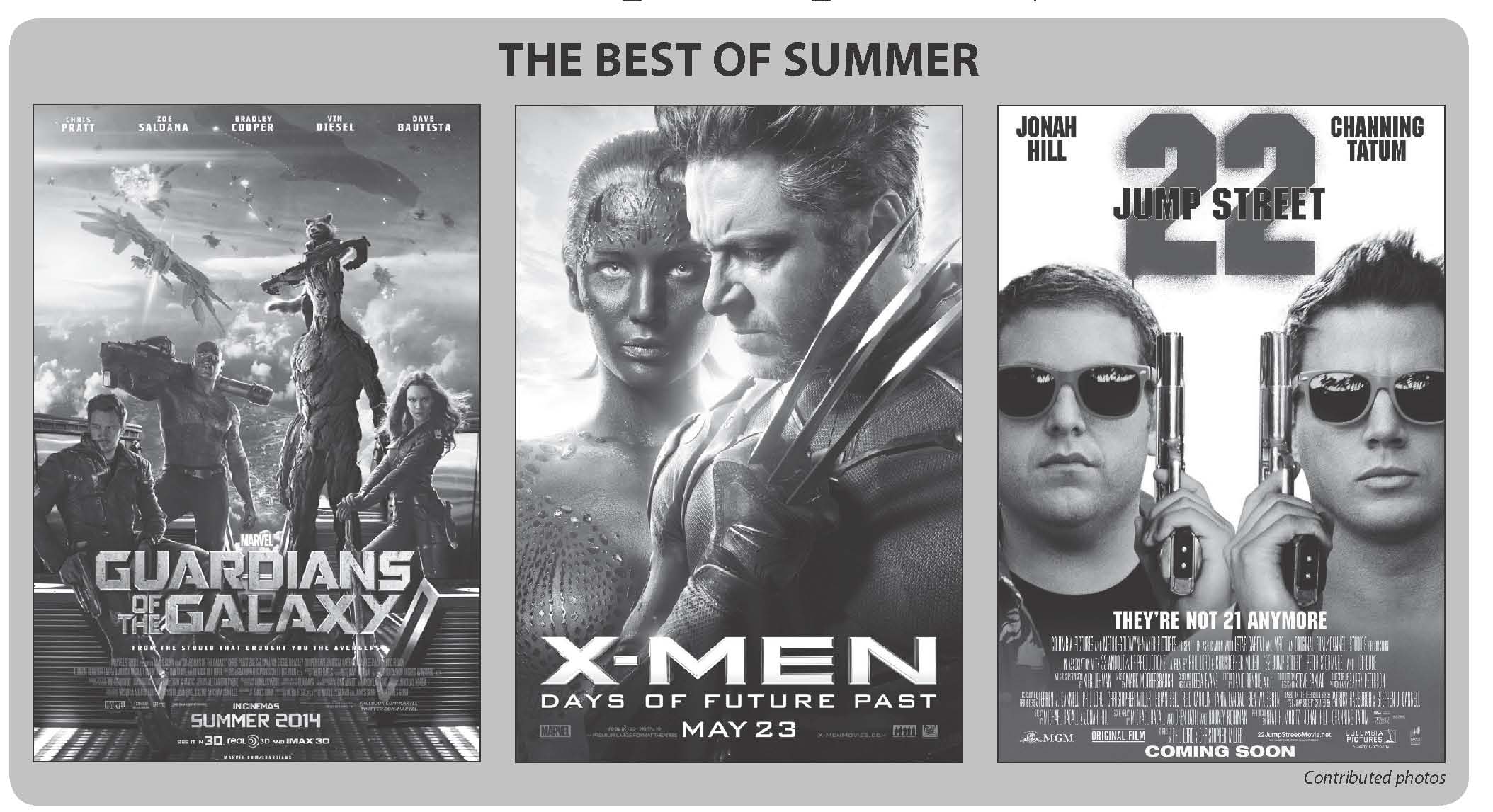 The summer of 2014 has brought some great movies and some not-so-great ones. Some moviegoers left the theaters with their minds blown, while others left wanting a refund or felt disappointed. However, six films stand out in the “top 3 best and worst summer movies of 2014” list.

“Guardians of the Galaxy” — This movie was a huge gamble for Marvel because not many people knew exactly who the “Guardians of the Galaxy” were. And when a trailer was shown people were curious but feared it could be the downfall of Marvel after seeing a talking raccoon and a tree-like person. But many audiences were blown away to find out this was a mix of action, comedy and a great story all thrown into one and is on par with “The Avengers.” Chris Pratt shows that he shines in this movie and could be the next big star in Hollywood. Director James Gunn does an excellent job bringing this group of outlaws together and has fans anxiously awaiting a sequel.

“X-Men: Days of Future Past” — Fans were excited for Bryan Singer’s return to direct this X-Men movie for good reason. He mixes in action, story and emotion in these beloved X-Men films and this one shows he is made to direct this band of mutants. Mixing in the cast from the original trilogy and the cast from “X-Men: First Class” brings us a strong superhero movie with great acting and storytelling. Those who thought the third installment, “X-Men: The Last Stand,” killed the franchise will be glad to see this movie knowing the X-Men are still alive and going strong.

“22 Jump Street” — Sequels to hit comedy movies usually miss the mark with examples such as “The Hangover Part 2” and “The Blues Brothers 2000.” But this was not the case with the sequel to the hit 2011 movie based on the popular TV show “21 Jump Street” back in the ’80s. The sequel manages to be funnier than its predecessor, and Jonah Hill and Channing Tatum make a hilariously great on-screen duo. Phil Lord and Christopher Miller, the director of the sequel who also directed the first film, show they can adapt to a sequel without being stale or boring. Many audiences and critics agree that this was how you do a sequel to a comedy right.

However, with every great film comes a bad film and these were the movies of 2014 that just missed the mark completely. 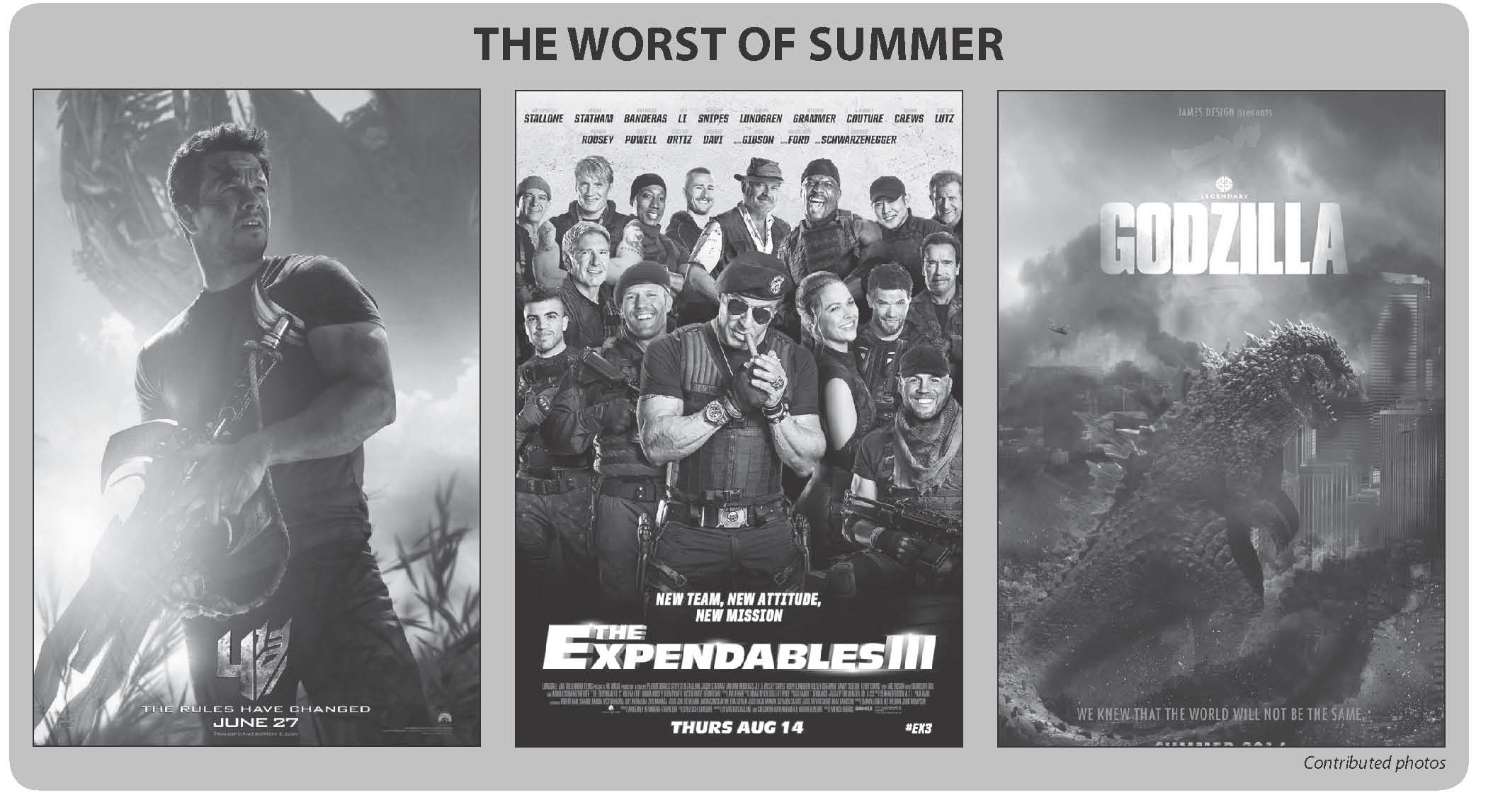 “Transformers: Age of Extinction” — Despite Mark Wahlberg being a major upgrade from Shia LaBeouf in the lead role and the film making more than $1 billion worldwide, this movie just wasn’t good at all. Director Michael Bay seems to go for the “style over substance” rule as this time it seems like he just didn’t care about development in the movie, which also suffers from poorly written dialogue. Clocking in at 2 hours and 45 minutes, making it longer than its predecessors, just stretched out way too long and audiences were just staring at their watches for the duration of the movie. And the “Michael Bay-isms” are present in this movie such as racial stereotypes, forced humor and even an unexpected slavery joke. It is safe to say that audiences were tired of seeing the Transformers off screen and Bay should just let the series go in someone else’s hands. This is a movie that proves even bad movies can make a lot of money.

“The Expendables 3” — The first two Expendables films were fun action-packed thrill rides that movie lovers just adored. When Sylvester Stallone confirmed that the third installment was going to be PG-13 when the other films had an R rating, fans were upset — and for good reason, as the film falls flat on its face. The entire movie felt as if it wanted to be rated R so bad but was held back by the PG-13 rating where spouts of blood from a gunshot wound are replaced with spouts of mist or dust. The film instead of the breathless action gets repetitive when it focuses too much on the young cast. Mel Gibson has fun playing the villain and Antonio Banderas also entertains with what he is given to work with. But the series should have stuck with what made the first two fun and not try to tone down the rating for a higher box-office gross.

“Godzilla (2014)” — The film is better than the 1998 Roland Emmerich adaptation but that was because the bar was set very low. What was promised to be the Godzilla film fans were waiting for felt like stuff was missing from it. Although the third act of the movie was entertaining and gave a hint of the future for its sequel, the rest of the movie felt way too repetitive. It focuses more on the human element, which, if done right, could work but with a bland performance from Aaron Taylor-Johnson made the scenes without the famous Japanese monster noticeable. It also has a habit of teasing the audiences into thinking a huge moment is about to happen but quickly cuts away to something else entirely. For the sequel the filmmakers should take the criticisms and give audiences more of Godzilla battling monsters.