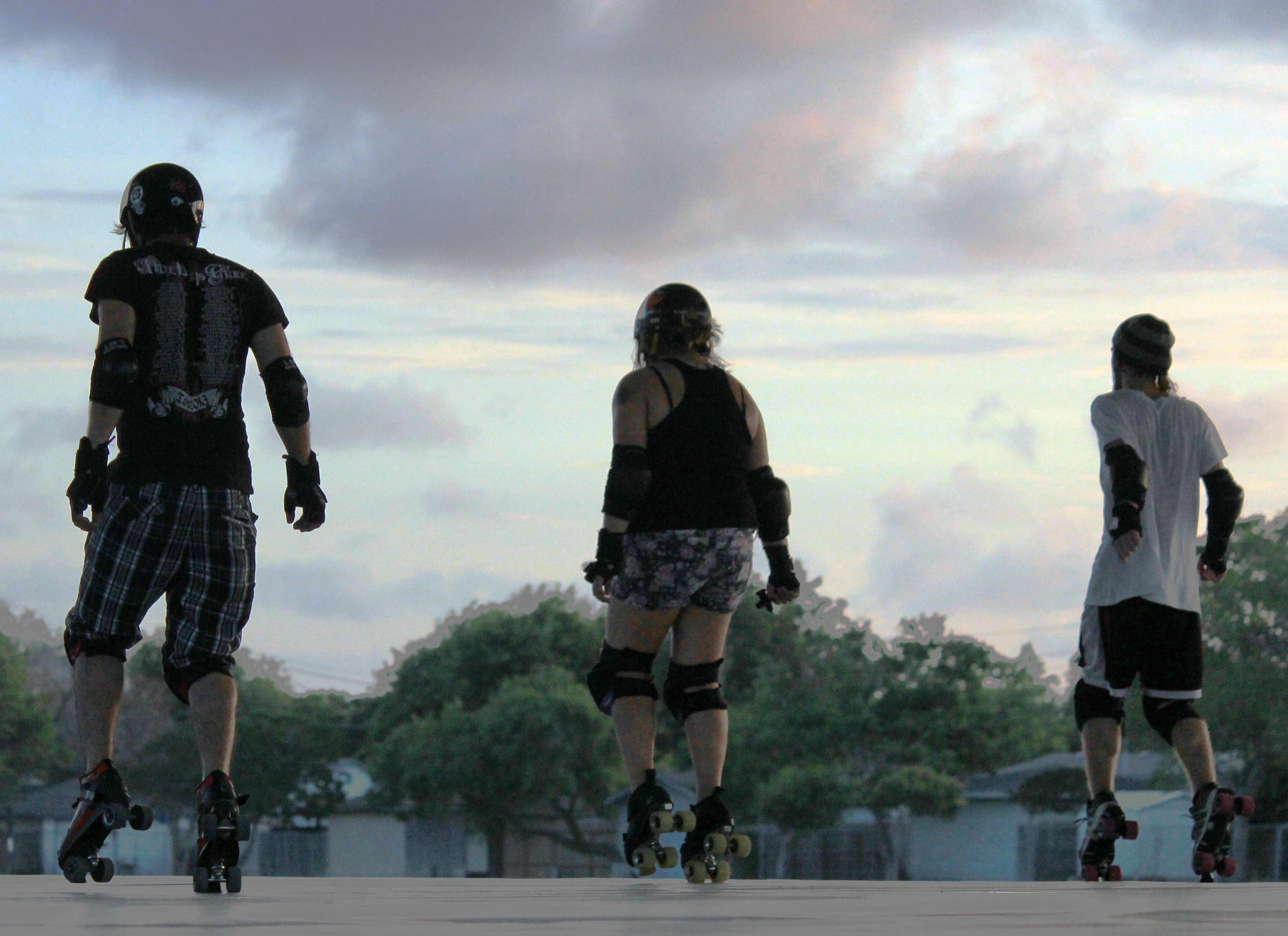 Roller derby started out as a co-ed sport but because of World War II’s call for men to go fight it left the women to continue the sport. This is how the widely accepted notion of roller derby being a women’s sport was created. The men’s side of roller derby continued but not as largely as the women’s. Then in 2007 the MRDA, or Men’s Roller Derby Association, was created. The MRDA has 45 teams worldwide. To qualify to be an MDRA team the group must have a minimum of 10 players, must have competed as a visiting team, have hosted a team and have a recommendation letter from a current MRDA team.

The Grave Diggers are on the road to become an official MDRA team. They have seven members, are on the Derby Destination roster for a bout on Aug. 22, 2015, but plan to have bouts before this event here in Texas and are in contact with numerous other men’s roller derby teams. 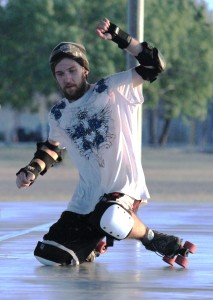 “People are starting to recognize us,” Grave Diggers Vice President Andrew Mata said, “by our shirts (logo) and by our skate names.”

They have other teams in the Texas area offering advice, videos and training techniques but their biggest asset to learning the ropes is the bench manager Celeste Pena, or “Siren” of the Hurricane Alley Derby Girls. She is on maternity leave from the women’s derby but offers techniques and advice to help the Grave Diggers get the footing they need.

The team is looking for new members and you don’t have to know how to skate to become one. You must be 18 or older to join (17 with signed parent consent). The learning and growing process brings the team closer together Mata says, and the derby community is a really close-knit group.

“Derby is out there,” Pena said.

The group hangs out at a local pub, Dewey’s, to play dodge ball as a team building effort. If you are interested the team says to come out and take a look. If you don’t have the time to become a full member they have other positions open for volunteers to help setup or run a merchandise booth. This team’s goal is to go pro and be part of the MRDA.

“Life hits you hard; this is a great outlet,” said Roger Lee, a Grave Diggers member and the team’s publicist.