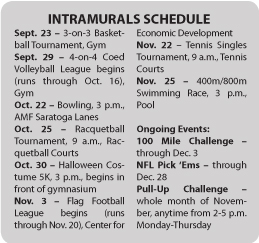 Even though it looked to be a rainy day for intramurals, that didn’t keep Director Ryan Murphy from postponing the Ultimate Frisbee Tournament. The tournament took place Sept. 10 in the Kinesiology Building on East Campus.

Just three teams signed up: The Vikings, Auto Bots and Team Lockdown were all ready to go head to head for the trophy. Each team was co-ed and had as many as five players on the court. Each game was one round and six minutes long, while the championship was two rounds of five minutes each. The tournament was round-robin style and the top two teams made it to the championship round. 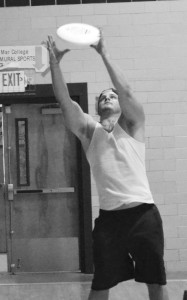 Each game was a nail biter filled with turnovers and dropped passes. Defense was a big factor for the teams. When it all came down to it, teams were playing against the clock more than each other. There were games that would be tied up either at 0-0 or 1-1 throughout the six minutes of the match and have that game-winning catch when the clock would run out of time.

Team Lockdown seemed to have the tournament on lockdown with a 2-0 record. The Auto Bots were not so fortunate, losing the whole thing with an 0-2 record. The Vikings went 1-1 and faced Team Lockdown once more in the championship.

The Vikings and Team Lockdown played their hearts out during both matches and just when you thought it was going to be all over, the match was taken all the way to sudden death. There would be no time on the clock and whichever team scored first would to be crowned champs.

The crowd was on their feet as both Vikings and Team Lockdown were using passing plays to get them to victory. But the Vikings intercepted one pass, which was a key play that led to them becoming champs. These three teams made a small tournament into an exciting one.

Intramurals will be having a three-on-three basketball tournament with team registration on Sept. 23. Anyone can join; all you have to do is come by the Kinesiology Building and sign up. 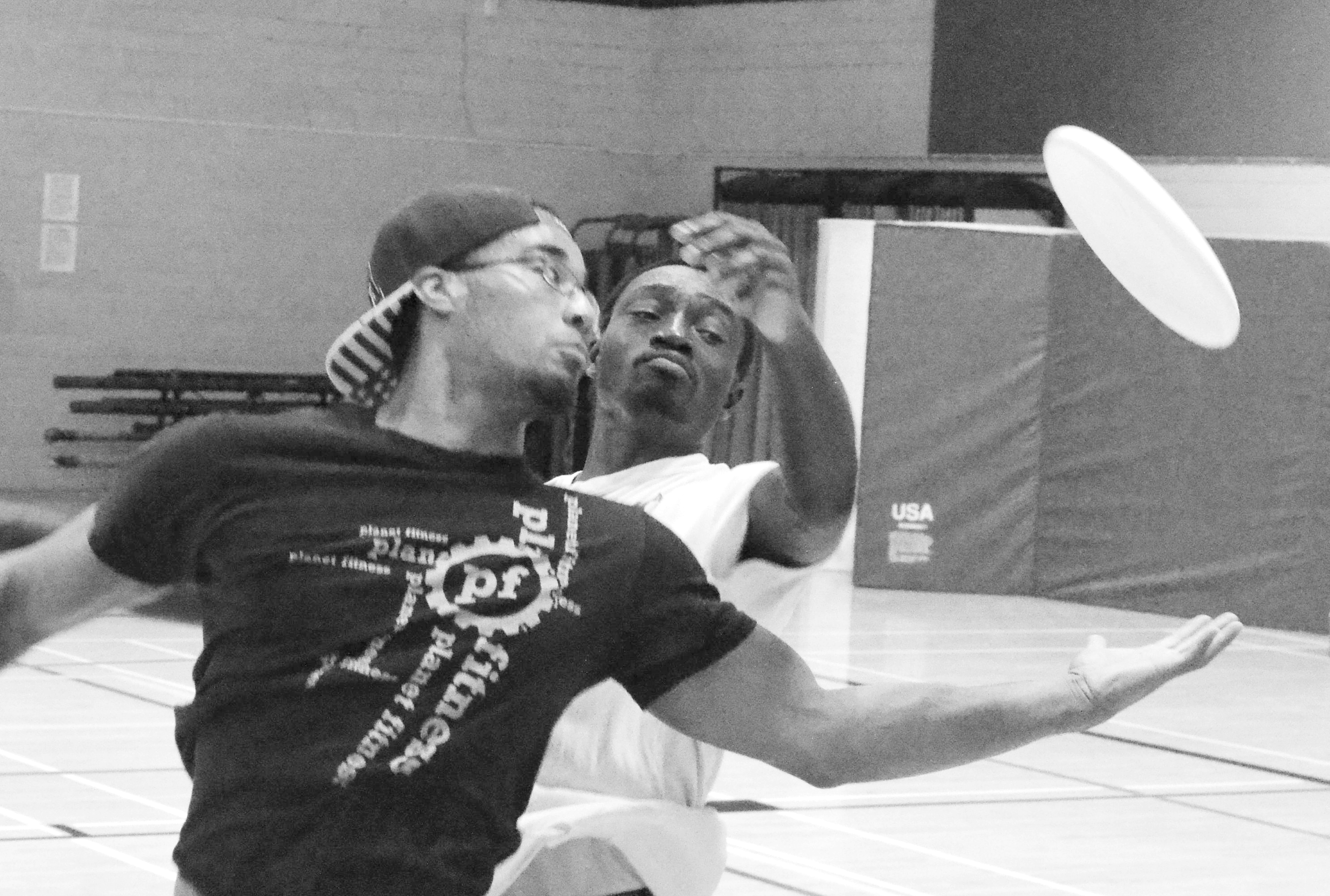