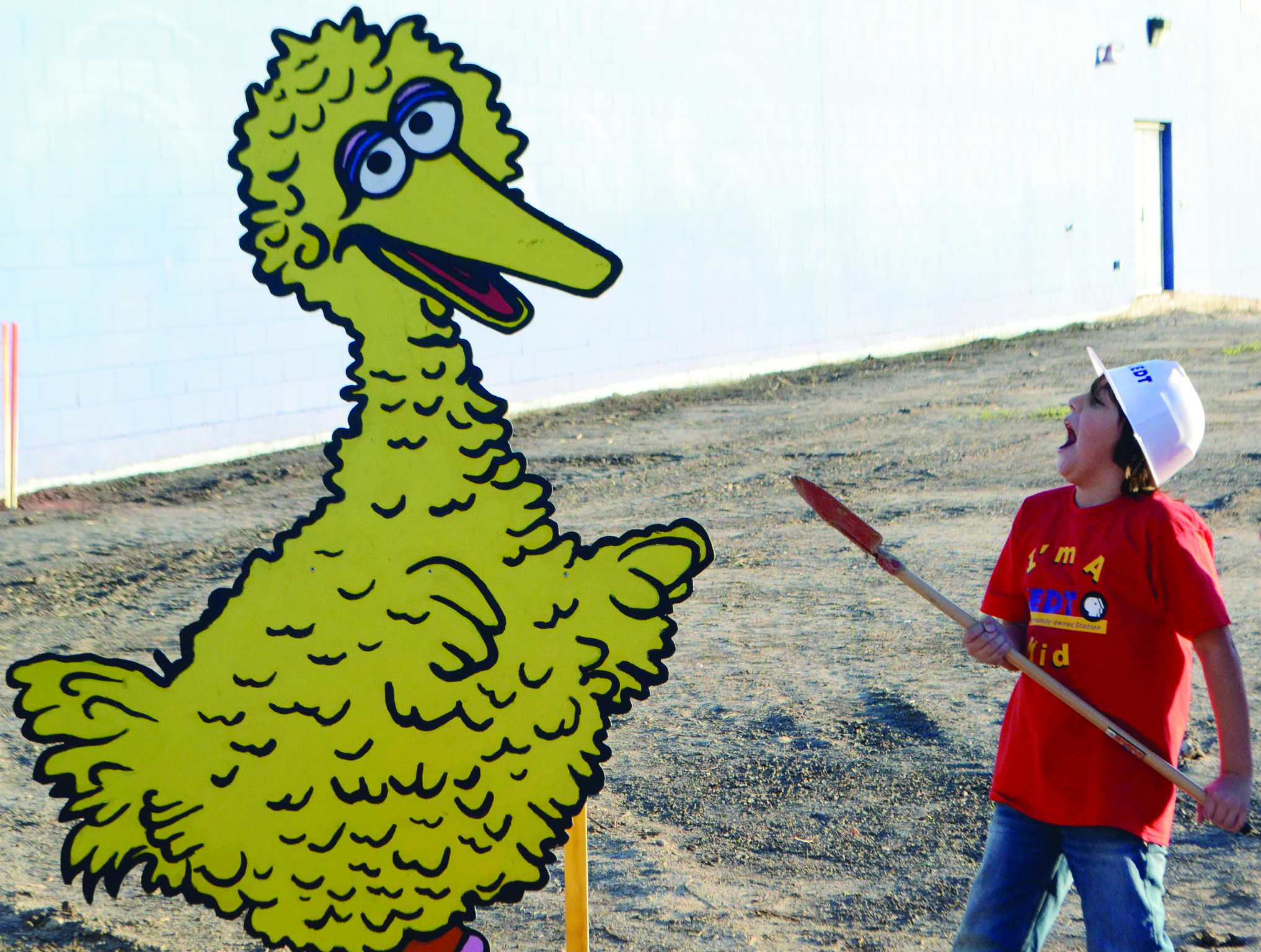 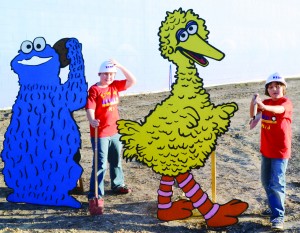 Cayce Berryman / ReporterWell-known “Sesame Street” characters recently joined Del Mar College to offer students extensive opportunities in the near future. Most watched “Sesame Street” as a child, and those who did not have another chance to form a relationship with the characters as well as their broadcasting station.

Del Mar President Mark Escamilla joined Don Dunlap, president and general manager of KEDT Public Broadcasting, in breaking the ground to signify the beginning and construction of the new KEDT broadcasting station on Oct. 15 near the Center for Economic Development.

“Welcome Bert, Ernie, Big Bird, Elmo and all the ‘Sesame Street’ characters when you begin children’s programming from your new center for educational broadcasting,” Escamilla said at the event.

Dunlap tested Escamilla’s memory of his childhood watching “Sesame Street” when he asked Escamilla which character was obsessed with counting. “The Count,” Escamilla said.

After a series of questions, many of which Escamilla answered correctly, Dunlap said, “That’s why he’s president of the college.”

A group of children participated in the breaking of the ground for the broadcasting station by digging in a pit of sand with shovels. This event symbolized the beginning construction of the station, which is estimated to take a year to complete.

This station will be adjacent to Del Mar College’s Center for Economic Development. This will make Del Mar one of three junior colleges in the state with a television and radio station on its campus. In addition to the new station, a Performance Plaza will be built in front of the Center for Educational Broadcasting, providing a venue for performers, according to a college news release.

“The collaboration between Del Mar College and KEDT represents a very practical and financially responsible approach to providing better education in South Texas,” Dunlap said in the release.

Del Mar will save about $2 million of capital money that would have been spent refurbishing communications equipment, according to Dunlap.

Dunlap said the project has been in discussion since Jean Richardson was the president in the 1970s. In 1972, KEDT went on the air for the first time and it was not until 2006 that the conversation fired up, and kicked off in October 2006. Since 1972, KEDT has aired 30,600 episodes, including those from “Sesame Street.”

Del Mar College is not merging with KEDT. Del Mar and KEDT share mutual benefits that will allow for annual operational cost savings, according to the new release.

According to the news release, students at Del Mar will benefit as well with the new addition of the broadcasting building. Workforce training and distance learning opportunities will link all Del Mar campuses, Texas A&M University-Corpus Christi and Texas A&M University-Kingsville. Del Mar students will also be able to expect benefits such as broadcasting internships, fellowships, hands-on broadcasting production classes and experience working for a public radio and television broadcasting station. Through the PBS’ $71 million network, students can also benefit from enhanced distance learning opportunities, access to state-of-the-art digital broadcasting technology, exposure to Internet video, audio streaming, master control, satellite functions and access to an extensive video and music library.

The ribbon-cutting event is expected to be held next year, according to Dunlap. Escamilla welcomed KEDT to the family neighborhood and said, “So, yes, I can tell you how to get to Sesame Street.” 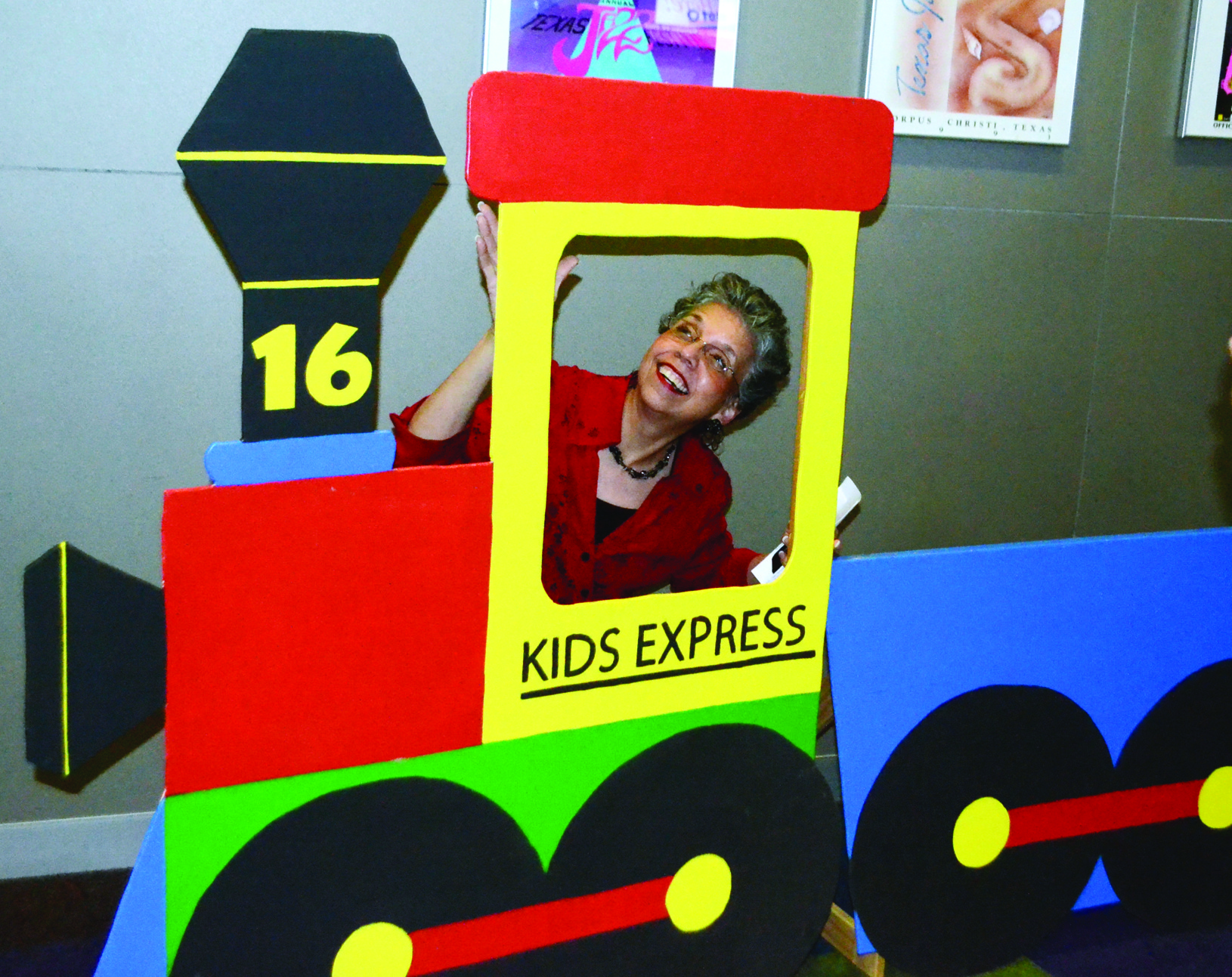