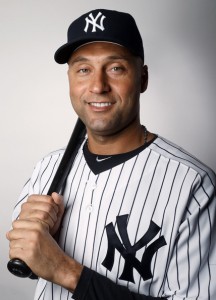 Few players have transcended not just the game of baseball but sports in general the way Derek Jeter has.

With athletes having to deal with so many more distractions in the modern age ranging from social media, relentless public criticism, death threats and around-the-clock media coverage, it’s a reminder that in today’s age nothing is off limits. But somehow Jeter has been able to maneuver through the distractions over his 20-year MLB career and the amazing part is that he has done it for only one team and in the most infamous city in America where the lights shine brighter, and the criticism is harder.

Being the face of the most legendary franchise in MLB history is hard enough, but doing it in a polarizing city like The Big Apple is a task only a few people could ever handle. Jeter has not only survived the past 20 years, but has thrived as he has truly made the city his own and is without a doubt is the king of New York.

Derek Sanderson Jeter was born on June 26, 1974, in Pequannok, New Jersey. He would spend his early childhood years growing up only 30 minutes away from the original Yankee Stadium before moving to Kalamazoo, Michigan, with his family. Thanks to Jeter’s grandmother who continued to live back in New Jersey he stayed a huge fan of the New York Yankees and would regularly visit his grandparents during summer trips. During Jeter’s trips back to New Jersey his grandparents would routinely take him to Yankees games as he idolized outfielder Dave Winfield.

In Jeter’s senior year of high school he received numerous awards such as the 1992 High School Player of the Year by the American Baseball Coaches Association, the 1992 Gatorade High School Athlete of the Year and USA Today’s High School Player of the Year. That spring, the Yankees drafted Jeter with the sixth overall pick in the 1992 MLB First-Year Player Draft. He was the first high school player chosen that year and became the third shortstop selected in Yankees history with a first-round pick earning him national recognition.

On May 29, 1995, after a few years in the minors, Jeter made his MLB debut in Seattle after Yankees shortstop Tony Fernandez was placed on the disabled list. Jeter would start alongside All-Star infielders Don Mattingly and Wade Boggs. After Jeter showed well in his MLB debut the Yankees made him their first Opening Day rookie shortstop since Tom Tresh in 1962, and the rest is history.

Jeter would go on to become the most accomplished Yankee players of all time as he holds franchise records for hits, games played, stolen bases, at-bats and singles — Passing Hall of Fame players such as Ruth, Mantel, DiMaggio, Gehrig, Boggs, Berra and R. Jackson, just to name a few. He is also a five-time World Series champion, five-time Golden Glove Award recipient and a five-time Sliver Slugger Award recipient, making him one of the most well rounded short stops of all time. With all of Jeter’s accomplishments one that is not as well-known is that he is only one of 12 players to be named a captain for the Yankees in their history, which spans over 110 years.

Whether you rooted for or booed Jeter in his playing career, true baseball fans who appreciate the game also appreciate greatness. Although not all of us have cheered for Jeter, we all respected him. This is perhaps his greatest accomplishment of all. With that being said, farewell Captain — your presence on the field will be missed, but never forgotten. Your reputation alone makes you Hall of Fame worthy. 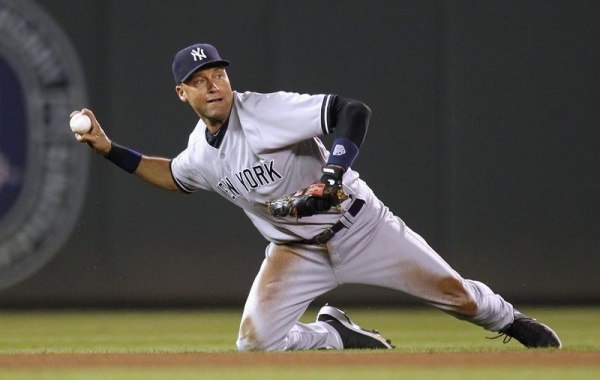