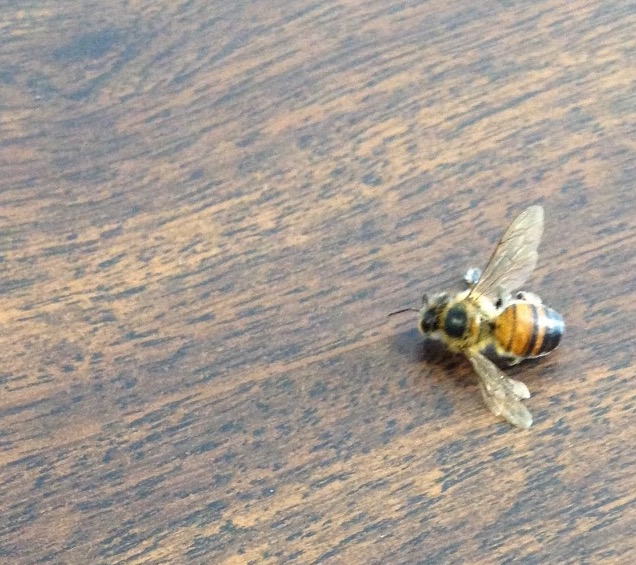 Bees are insects we are all way too familiar with. They help pollinate the flowers and give us honey. We need bees to live, but not to live on the fifth floor of the White Library.

On Oct. 13, the White Library’s fifth floor was infested with honeybees and students were not allowed on the floor for their safety for a week until maintenance finally gave the thumbs up on Oct. 20 to open up the floor to students; however, for safety precautions the floor wasn’t opened to students until Oct. 21.

“The building is constructed almost perfectly for the bees … not on purpose … but the builders left a space and the bees just like that space … it is just a perfect environment for the bees to live in,” said Sally Bickley, head of reference services at the library and an assistant professor at the college.

Apparently, the bee infestation was not the first for the library. According to Bickley it is a seasonal occurrence that has been going on for more than 15 years.

“The bees come every year after the first cold front … and it will probably happen again next year around this time,” Bickley said. 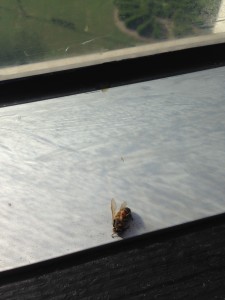 Because of the bee infestation, some library services were affected. There was a special movie for Hispanic Heritage Month that was moved to the Coles Building, Pizza with the President was moved to the Student Success Center and the Open Mike Poetry meeting was moved as well.

As for whether the bees can be prevented in the future, according to Kelly White, director of environment, health safety and risk management: “You just cannot prevent nature. The bees have imprinted on the library decades ago and trying to prevent them to keep coming will not stop them. We have tried covering the white brick outside with a protective layer where the bees have been hiding in, but every time they constantly ‘eat’ their way through. The bees only come for a few days every year and they have never stung any students in the library. All we can do is let nature take its course and stay out of the way.”

Nature is beyond our control and when it comes to the bees infesting the White Library every year all we can do is brace ourselves. Because when the time comes again when the bees migrate south and pass through our library it is nature’s reminder to us that winter is coming.