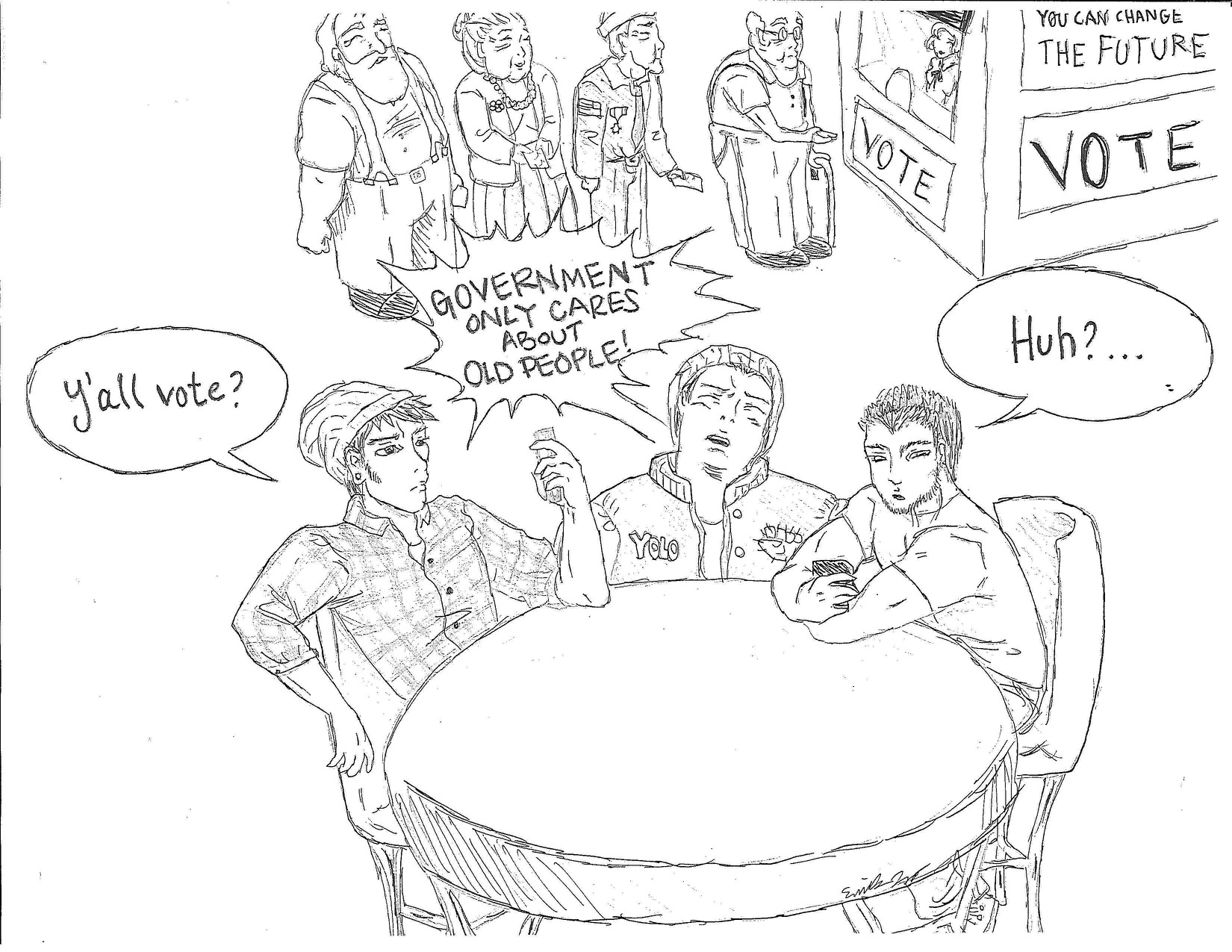 On Nov. 4, barely one in three Americans fulfilled their responsibility and made it to the voting booths at their local precincts; however, it seems the rest of America’s eligible voters did not go out to make a difference for themselves and their community.

According to The New York Times, fewer than 37 percent of eligible voters nationwide voted.

“This has to be the lowest voter turnout since 1942 where only 33.9 percent had voted,” the Times reported.

Voter turnout in midterm elections is traditionally lower than in years with a general election. But 2014 was particularly low, down 5 percent from 2010, when 41.8 percent of eligible voters turned out at the polls. Regardless, the American people have sent a message to Washington and this message is a pretty disapproving one.

According to exit polls, 53 percent of voters hold an unfavorable view of the Democratic Party and 56 percent have an unfavorable view of the Republican Party, Yahoo News reported. Some 61 percent said they were dissatisfied or even angry with the Republican leaders in Congress. And just two in 10 voters said they trust the government in Washington to do what’s right all or most of the time.

When it comes to Texas, only 28.5 percent voted. This is the second lowest percentage in all of the 50 states.

In response to the this year’s election, President Barack Obama said, “To everyone who voted, I want you to know that I hear you. To the two-thirds of voters who chose not to participate in this process yesterday, I hear you, too. All of us have to give more Americans a reason to feel like the ground is stable beneath their feet, that the future is secure, that there’s a path for young people to succeed, and that folks here in Washington are concerned about them.”

It also doesn’t help that the majority of young people who are not taking advantage of their right to vote are the ones complaining that Big Brother is taking away everything. Those young people complain that only the “old, rich, white, conservatives” are having their needs met whereas the minority (i.e., women, Hispanics and those living below the poverty level) and themselves aren’t getting their voices heard. Well, if those who complain actually make that initiative then their needs and wants for change can be met.

The government cannot read our mind. If one wants the city, state and even Washington to hear what he or she has to say than exercise that right to vote. This country was established to make sure that the people had their voices heard and when those voices aren’t heard individuals will start making decisions for the people’s well-being that may not be for the benefit of the people. The greater the silence the fewer the rights an individual will still have.