Election Day was tough. Nationally, the climate for Republicans to gain control of the Senate was ideal, and in step with history. And locally, not one Democrat won office in Nueces County.

In what is supposed to be one of the most liberal counties in Texas, only after Travis County (Austin), Democratic voters didn’t show up. Initially, the sting was harsh and discouraging; my past six months on the Wendy Davis campaign felt for naught and I felt very small.

Davis’ defeat was personal. Partially because she fought for such personal rights, but also because within Davis’ stances it was easy for teenage girls, single mothers and struggling college students to see themselves. Albeit, struggling college students do not make up an overwhelming part of this state, and a few demographics failed her, but those who did identify with Davis, understood the larger scope of her platform and found an outlet in her resilience were represented.

A good cycle for Republicans, this campaign was a long shot, and we lost. Texas politics performed the way it was expected to, but it is very important that we stay angry. Women of this state in particular need to hold a grudge, we all need to not give up.

Don’t get tired. Anyone with drive toward establishing a Texas that is inclusive should be very much awake. If we’re going to turn Texas blue and make Texas better, it isn’t going to happen with one election, and certainly not with just one candidate.

So many people have tried to enlighten me with their strong understanding of tradition and their experience of seeing conservative philosophy dominating our state by saying that Texas is indefinitely a big, right-winged, never-ending red hole. Well, the fact that Texas is inevitably governed by Republicans is not good enough for me. This excuse that Texas “just is” a Republican state isn’t good enough for me, or many other women, minorities, gays, lesbians and anyone forced to subscribe to the “other” check box.

With demographics changing, politics must change alongside it. 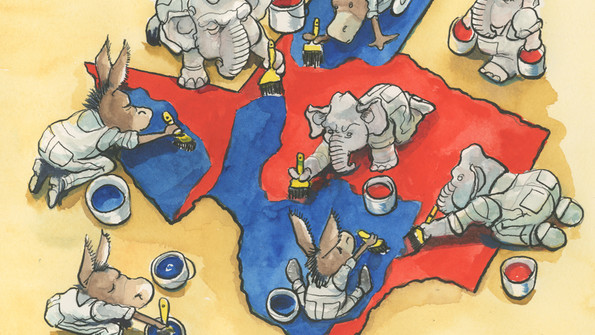