At his recent State of the Union address, President Barack Obama proposed free community college for those who qualify. Obama said he hopes the proposal encourages more Americans to attend college and to remove the financial burden that prevents many from enrolling.

“Our high school graduation rate has hit an all-time high,” Obama said. “More Americans finish college than ever before. … By the end of this decade two in three job openings will require some higher education, two in three. And yet we still live in a country where too many bright, thriving Americans are priced out of the education they need. It’s not fair to them and it’s sure not smart for our future. That’s why I’m sending this Congress a bold new plan to lower the cost of community college to zero.”

“Tennessee, a state with Republican leadership, and Chicago, a city with Democratic leadership, are showing that free community college is possible and I want to spread that idea all across America,” Obama said. “So that two years of college becomes as free and universal in America as high school is today.” 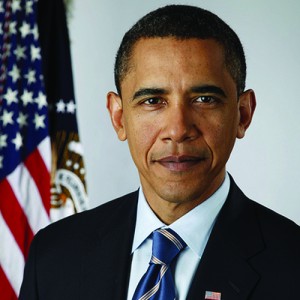 Denise Mugabe, president of the Student Government Association at Del Mar College, would support the plan.

“I do think that it would be an amazing opportunity for those who currently cannot afford to attend school under such a plan,” Mugabe said.

Optimism for this plan has also been met with a lot of concern. While not many details have been presented, students would need to maintain a specific grade-point average and make consistent progress toward graduation.

Mark Robbins, a Del Mar history professor, was unsure about the program’s impact.

“At Del Mar College, we can see how students from multiple walks of life can do great things if college is not out of our economic reach,” Robbins said. “This education is not only beneficial to the students, but also to the community and to the nation. Yet, the price tag is still high enough to deter people with otherwise great potential from attending or continuing long enough to earn a degree.”

However, though Robbins agrees with stronger federal and state financial assistance to help relieve some of the economic pressure, there are concerns as well to what this type of assistance might lead to.

“Something needs to be done, and using government funds for free community colleges is a good idea, provided that it doesn’t come with unnecessary strings attached. … My potential concern comes from a statement on Whitehouse.gov,” Robbins said.

“As well as the trend of colleges spending more on administration instead of instruction to fulfill state mandates, and the similar buzzword of ‘accountability’ as it has applied to the K-12 level (where is has largely increased standardized testing and reduced creativity and flexibility in the classroom),” Robbins said.

A similar sentiment was shared by Paul Gottemoller, a DMC government professor.

“I think that it’s a good idea in theory, but I am more interested to see how it would work in practice,” Gottemoller said. “My only fear is that such a plan would be contingent on narrow metric such as graduation rates or average class grades. Such a metric could lead to grade inflation and that would not really be good for anyone, because it would cheapen the value of the degree. We have already seen how grade inflation has cheapened the value of a high school education and now far too many students are being passed through. They then are showing up at college completely unprepared, which causes us to have to spend extra money and resources getting them up to speed.”

The common reaction is that of course this proposal sounds great, but is it really possible?

“Free community college is a good idea, but it is only a start. The state should be looking at how to fully fund education at all levels,” Gottemoller said.

“As a student, I definitely embrace the idea of free education for community college students, but I do think we have a long way to go in seeing this plan come to pass,” Mugabe said.

Congress, now controlled by Republicans, would have to pass Obama’s plan. Many consider that improbable.