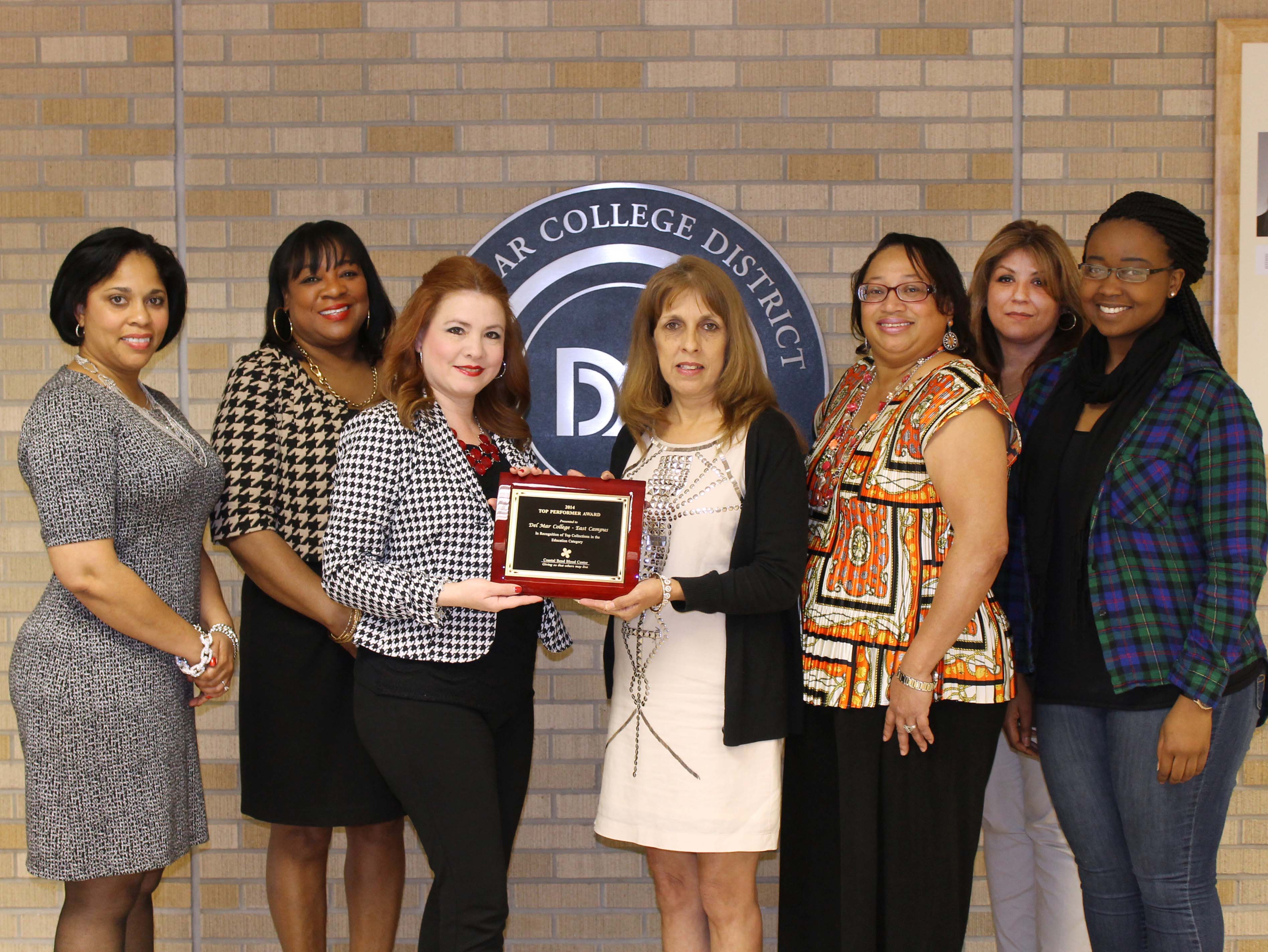 The Coastal Bend Blood Center recognized Del Mar College’s East Campus on March 4 by presenting the college with the 2014 Top Performer Award in the education category. The center collected 603 units of blood during its 21 drives on East Campus in 2014. This is the second consecutive year East Campus has been named top donor of the year.

The Coastal Bend Blood Center’s mobile donation center visits Del Mar College, both East and West campuses, once a month during the fall and spring semesters and stays two to three days each time.