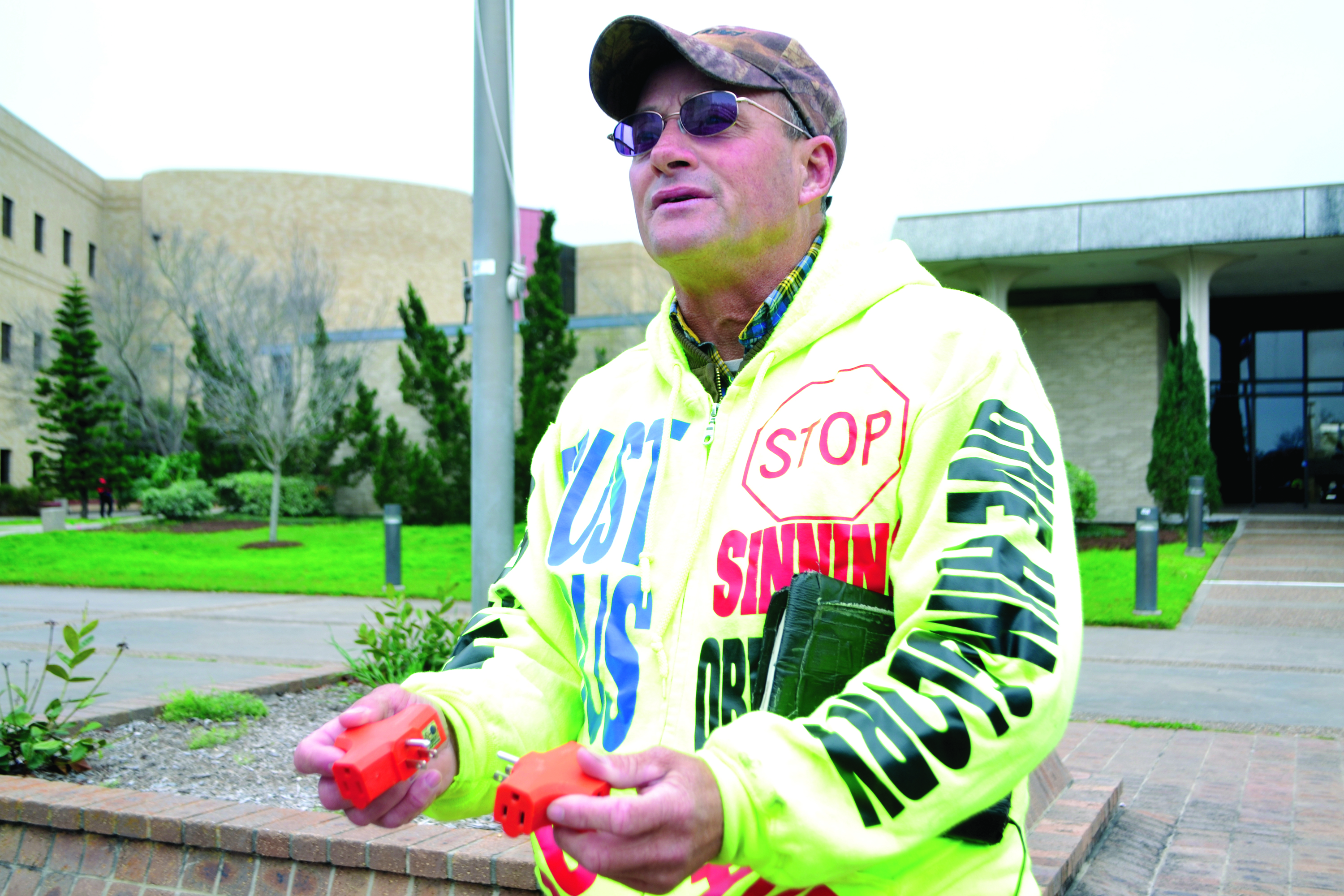 Matthew Bourgault, an activist who travels the country to visit college campuses, exercised his right to free speech Feb. 24 in front of the Heldenfels Administration Building on East Campus, leading to an argument with several students. Bourgault accused all students of sinning, claiming that all sinners go to hell.

“In the past, unfortunately to my shame, I have sinned, but that’s why I got saved. Sinners sin. Saints are free of sin,” Bourgault said.

Students grouped around Bourgault, unafraid to share their opinions. Bernardo Vargas, part of the campus ministry, said, “You are sinning, now, by judging.”

Architecture major Nicholas Vela shared his opinions with Bourgault. Vela showed his opposition and commented on Bourgault’s teachings, reciting a verse from the Bible: “Condemn not, lest you be condemned.”

Bourgault accused a student of being a “whore,” proceeding to call her a “Jezebel” after a heated discussion about sinners and their provocative clothing. The student walked away, and Bourgault continued to describe her provocative ways.

According to Bourgault, homosexuals and people who drink or party only cement their path to hell, unless they turn from their “wicked” ways and stop sinning. Bourgault pulled out a set of “male” and “female” plugs, incorrectly combining the two to illustrate how wrong it is for homosexuals to be who they are.

“He’s trying to teach the word of God to people in a cruel way. He’s saying Catholics are wrong, homosexuals are wrong, everyone is wrong,” nursing major Casey Parlamas said. “I believe God loves everyone, no matter what religion we practice. No matter if we’re gay or not.” 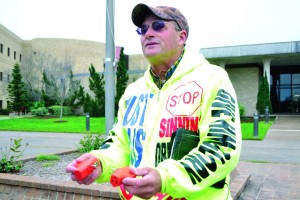 As a self-proclaimed preacher, Bourgault travels the country, spreading his messages to college campuses. Bourgault has pressed charges against colleges for speech infringement, and also has been charged himself for disorderly conduct, according to zoominfo.com.

More arguments began as the number of students grew around Bourgault. Lauren White, the security coordinator at Del Mar, made the final decision to ask Bourgault to leave campus.

“The law in the state of Texas talks about inciting a riot, so if a speech incites others to violence, or it gets close to that, and with the way the crowd was going I felt it was time to stop it,” White said.

Security took control of the situation by explaining to Bourgault that teachers made complaints because of the volume of the argument and stated that he could no longer stay. Bourgault recorded the officers and mentioned lack of free speech while being escorted off campus with a warning, which he refused to sign.

“When somebody starts interrupting the academic process, and when somebody complains, not about the content, but about the volume that interrupts the process, it needs to stop,” said Kelly White, the director of Environmental Health, Safety and Risk Management.

According to Lauren White, public speech was not the issue, but Bourgault insisted that his First Amendment right was stripped away at DMC and that he would continue to exercise his rights elsewhere.

“They are allowed to say what they want to say, but how long are they allowed to say it? I don’t know if there is anything specific in regards to that,” Lauren White said. She added that Bourgault was allowed to speak for over an hour, but after hearing complaints from professors and watching angered students yell at Bourgault, White believed it was time to take action. Bourgault asked how long the warning would last, but left campus willingly.