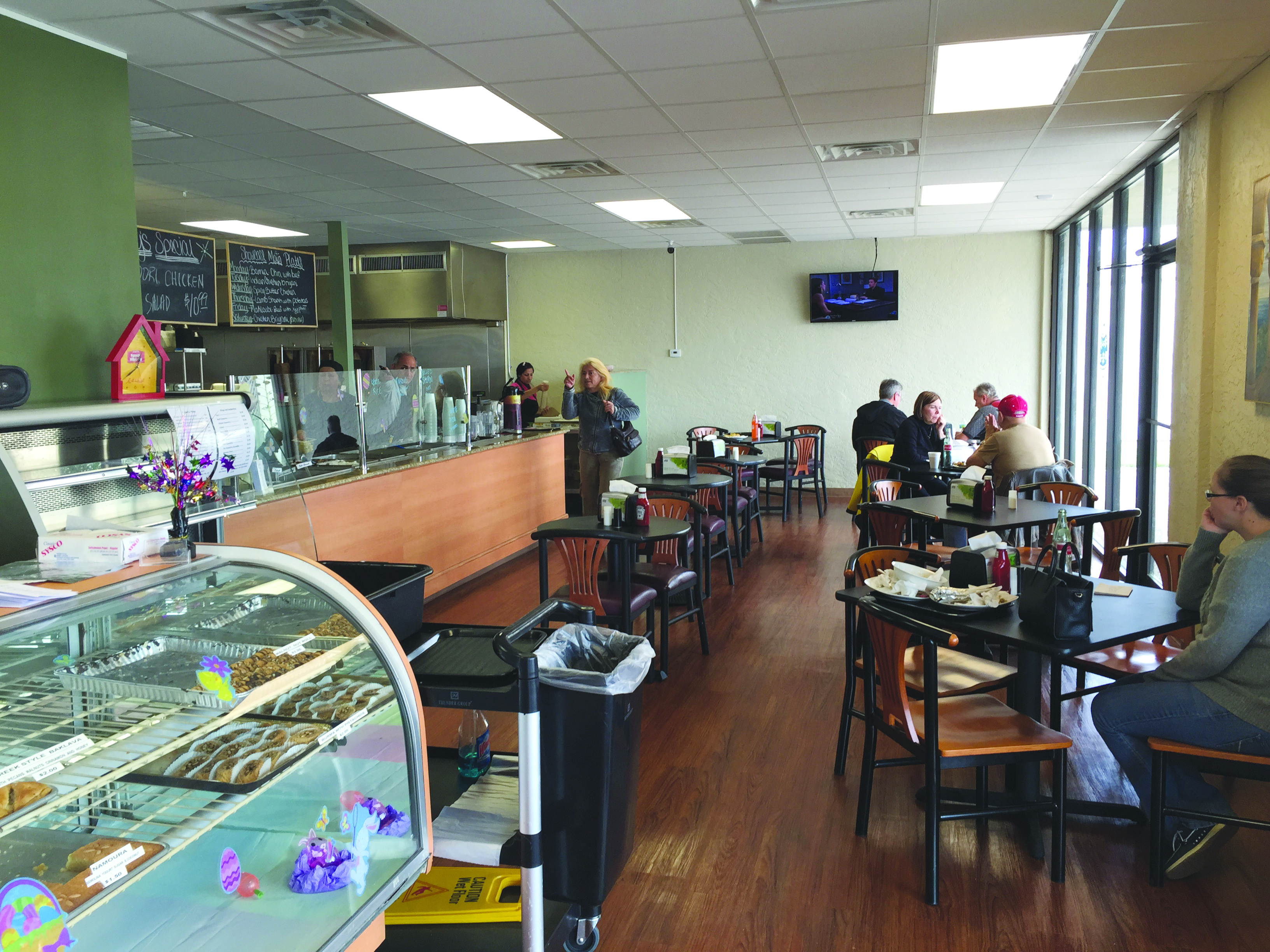 More often than not many busy college students are faced with that overwhelming dilemma of what to have for lunch, and sometimes maybe even dinner. They may often choose to just grab something through a fast-food drive-thru. Sometimes these choices may also leave them more stressed and tired from the garbage they cycle through their bodies. Well this week we discovered a small gem right here in Corpus Christi. The Middle East Market & Deli is snugly tucked away on the corner of Curtis Clark and Everhart. 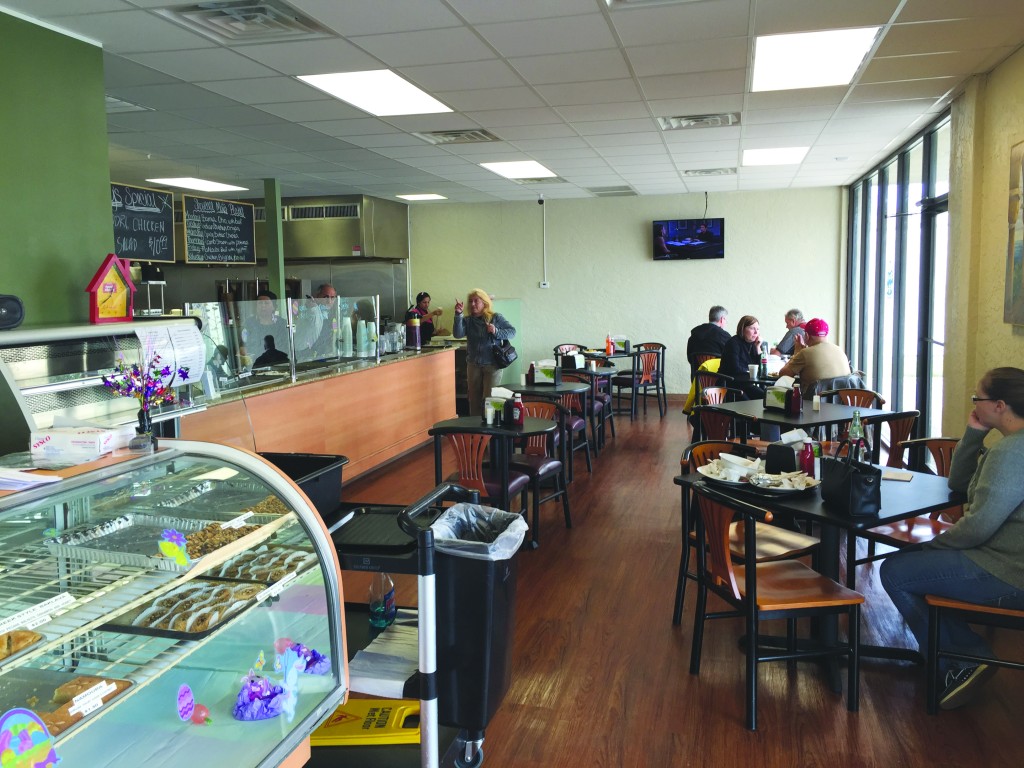 The Middle East Market & Deli is a quaint restaurant located on the corner of Curtis Clark and Everhart. Its eclectic menu offers a variety of options for any palate.

The actual deli is located right next to the market. When you walk into the tiny restaurant you’re struck with a sudden calmness. The actual atmosphere of the place is for sure inviting. I know I said tiny restaurant, but I can assure you the Middle East Deli can easily accommodate you and more than several of your friends comfortably. The color schemes of the wall paint complement the seating and tables. They even have a flat-screen television so you can catch up on a little TV time.

When you walk in you can also catch a glimpse of the special fresh-made Middle Eastern and Indian breads. The smells of the food combined with the breads is nothing less than pleasant to the nose. While inside you also have access to all their menu items and they even have an old school chalkboard displaying their daily specials. If you’ve never eaten any type of Middle Eastern cuisine you may be skeptical to try it, but I assure you the food is good. I spent years living and traveling throughout foreign countries and I can honestly say the food at the Middle Eastern Deli is not only fresh, it is authentic.

While you’re inside and pondering over the choices on the menu don’t be afraid to ask one of their friendly staff any questions. They keep up with the authenticity of their menu and most of the items are labeled in respect to the regions they came from. The staff will be more than happy to explain anything to you and guide you through the process so you know exactly what you’re ordering. Speaking of ordering, the prices are more than reasonable. The most expensive item on their menu is a “Mixed Grill,” which consists of Kafta, beef and chicken kabobs served over rice, plus a salad. It costs $13.99, but several less expensive options are available. 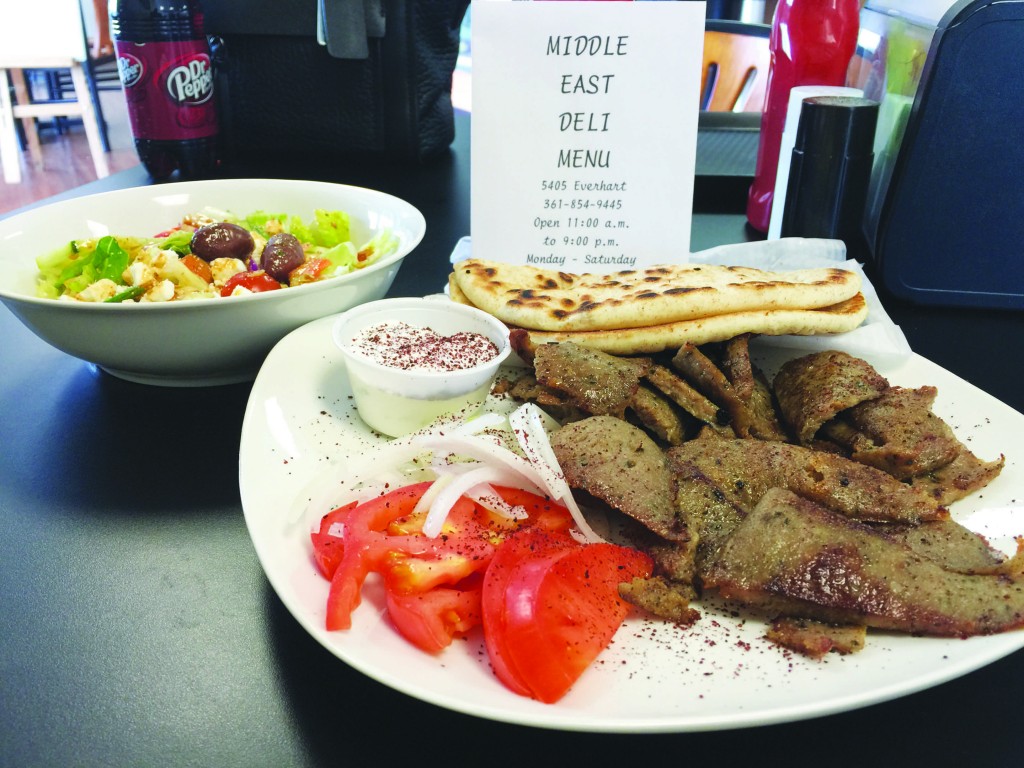 While I was there I sampled the “Gyro Plate,” which was made up of a shaved beef and lamb mix and came with a beautiful Greek salad for $9.99. I happened to bring a date with me and she sampled the “Beef Kabob” for a total of $5.99. Once we added a couple of drinks to the mix we both ate healthy and left feeling content and full for approximately $21 total. My overall experience while at The Middle East Deli, like I said earlier, can be summed up in one word: “calmness.”

The restaurant is clean and quiet and overall, just a nice place to visit and relax. The staff is friendly and helpful and the food is definitely authentic. The presentation of the actual meal was spot on and you get the comforting “homey” feeling because, yes, they use real dishes. Best of all, you get the taste of being overseas without actually being overseas and you definitely can’t beat the price. I would recommend anyone, especially cash-strapped students, give the Middle East Deli a shot. You’ll probably not only like it, but you’ll enjoy it.

A lot of things were going through my mind while on my way to the Middle Eastern Market & Deli at 5405 Everhart Road in the far right of the Park Square shopping center. I remember going there once to get sodas but never bothered to try their food so I wondered how they could fit a kitchen into a small convenience store. As soon as I pulled up I noticed they expanded and moved next door from the store creating a dining area at the site of the former 1-Stop Mail Service location. So there are a convenience store and a restaurant in one area.

I entered the restaurant and noticed the little bakery area where I saw a bunch of Middle Eastern pastries that looked delicious. But I knew I had to control myself so I made my way to the area to order food, which allows a view of the kitchen staff preparing dishes. I ordered the Chicken Shawarma to try out because I remember in “The Avengers” where after Tony Stark closes the portal and he’s on the ground he asks about if the team wants shawarma to celebrate. And I bought a soda, bringing my total to $8.46, which is great for those wanting to get a meal under $10.

As I was waiting for my food I looked around the restaurant and noticed that it was set up nicely and looked clean. 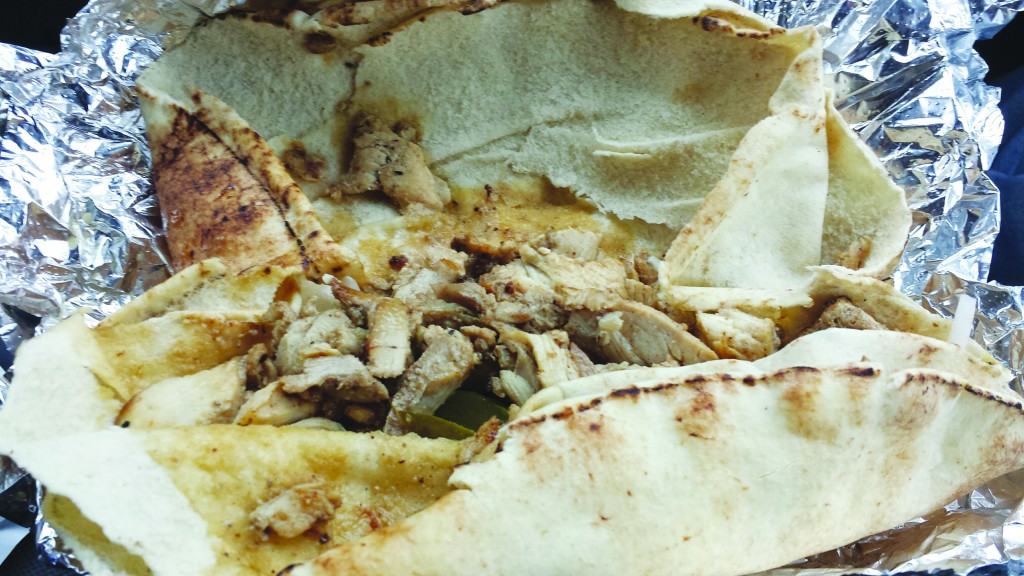 The food arrived and the Chicken Shawarma was wrapped in a pita that looks like a tortilla, with seasoned chicken and onions and small pickle spears in it. I’m a picky eater and had never tried Middle Eastern food. I took my first couple of bites and it tasted delicious. The chicken was seasoned to my liking, the onions and the pickle spears on the pita wrap were the right combination, and I began to fall in love with this place. The staff was friendly and you can tell that they are proud of making all their customers smile. And the major plus was that it felt like authentic Middle Eastern/Mediterranean food, meaning it was the real deal and not a cheap knock off.

I highly recommend the Middle Eastern Market & Deli for those looking for a great meal under $10 and looking to open your taste buds to a different style of cooking.