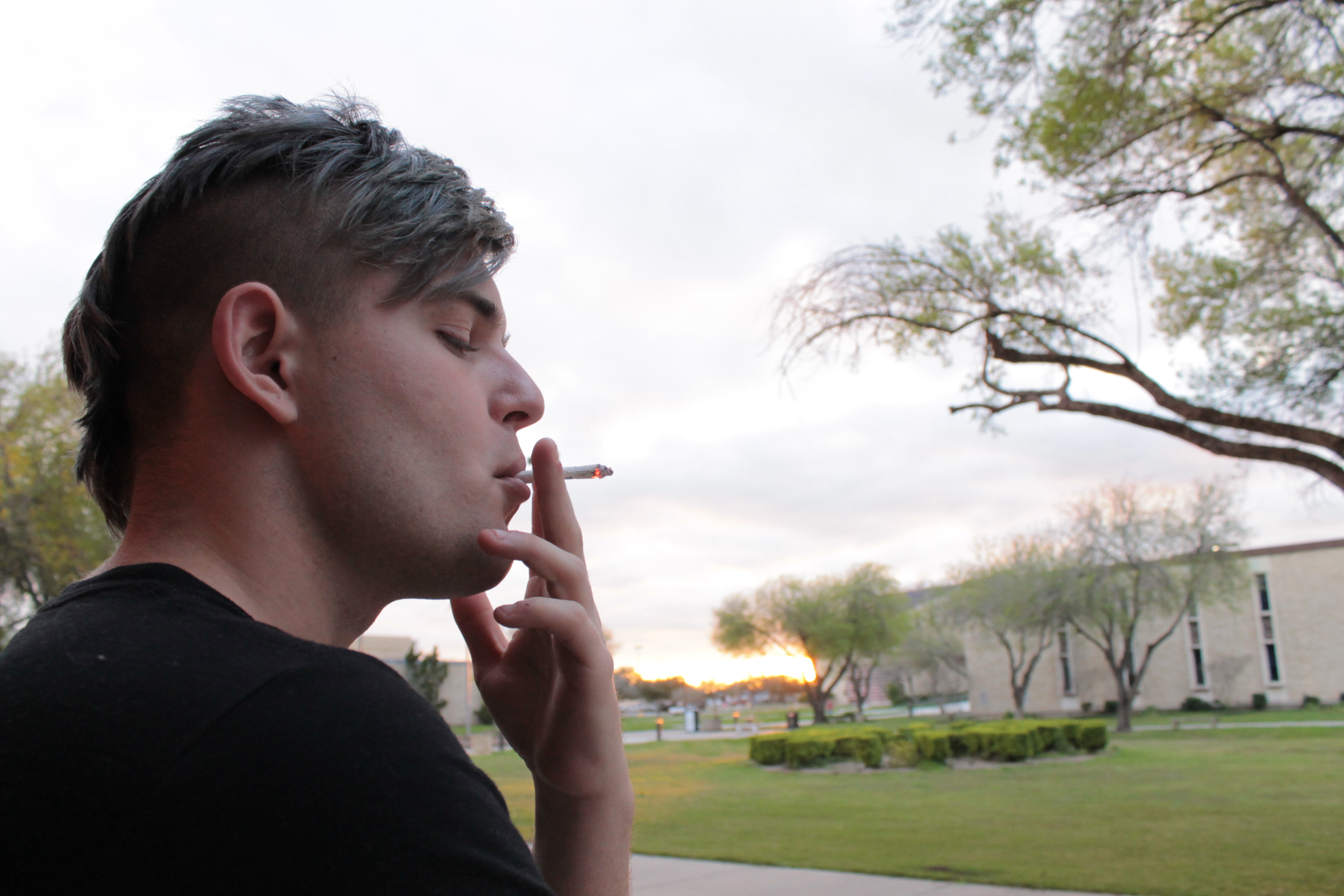 The Del Mar College Board of Regents, at its March 3 meeting, addressed a proposed campuswide smoking ban. The board plans an in-depth discussion of the ban, which was initially proposed in spring 2014, at its May meeting. The ban, as proposed, would prohibit the use of all tobacco products, including cigarettes, chewing tobacco and e-cigarettes, anywhere on campus.

Del Mar President Mark Escamilla, Ph.D., said at the March meeting that the college intends to spread word about the issue and discussion following spring break.

Del Mar College Student Cody Goetz enjoys a cigarette outside the White Library. “Students should have the right to smoke wherever they want,” Goetz said.

“We would like to update the entire college, especially those leaving for spring break,” Escamilla said, “that we are easing into a smoke-free campus starting in the fall and that this will be discussed in May’s meeting.”

The May meeting will give students, staff and faculty an opportunity to voice their opinion on the issue. Possible penalties or whether there will be designated smoking areas, as some have requested, may be discussed.

A survey was distributed via email in March 2014 to determine how students, staff and faculty felt about a smoke-free environment for DMC. A total of 456 students voted and when asked “should the college regulate tobacco use on campus?” 40.66 percent said they strongly agreed and 22.42 percent said they agreed. When asked if they should prohibit all tobacco use (smoking tobacco, chewing tobacco and electric/smoke-free) anywhere on campus at all times, 35.82 percent strongly agreed and 6.59 percent agreed.

Students and staff wanting to say something on the issue are encouraged to attend the Board of Regents meeting on May 12. The board meets at 1 p.m. in the Isensee Board Room, downstairs in the Harvin Center on East Campus.