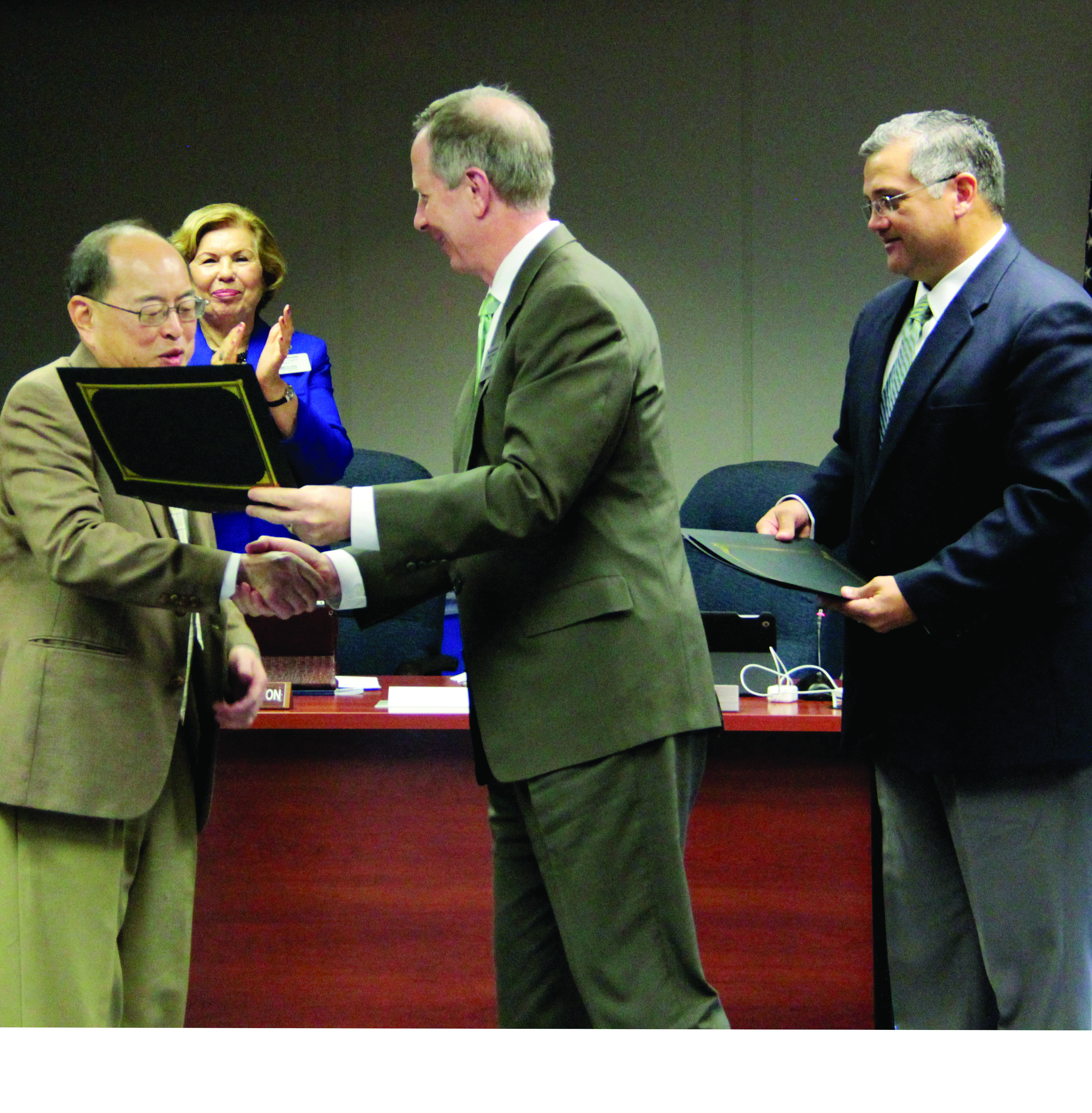 Special recognitions were given to nominees recommended for professor emeritus status during the April 13 Board of Regents meeting. There were seven nominees, including current faculty members and those who have been a part of Del Mar College in the past and are now furthering their achievements beyond our campuses. Each nominee received a signed resolution from the Board of Regents.

Along with the emeritus status nominees, two Del Mar College students were given special recognition as well. Voice students Roberto Garza and Gabriella Hernandez both won honors in the National Association of Teachers Singing competition.

Hernandez, a graduate of Rockport-Fulton High School who studies under Associate Professor Cynthia Longoria, placed third in the Freshman Women category. Among her many credits, Hernandez was a member of the Corpus Christi Cathedral Youth Choral and Pontifical Choir and performed for Pope Benedict XVI in St. Peter’s Basilica in Rome. Hernandez also traveled with the College’s Concert Choir to perform in New York City’s Carnegie Hall. In January, she was selected as a Music Department Honors Recital winner.