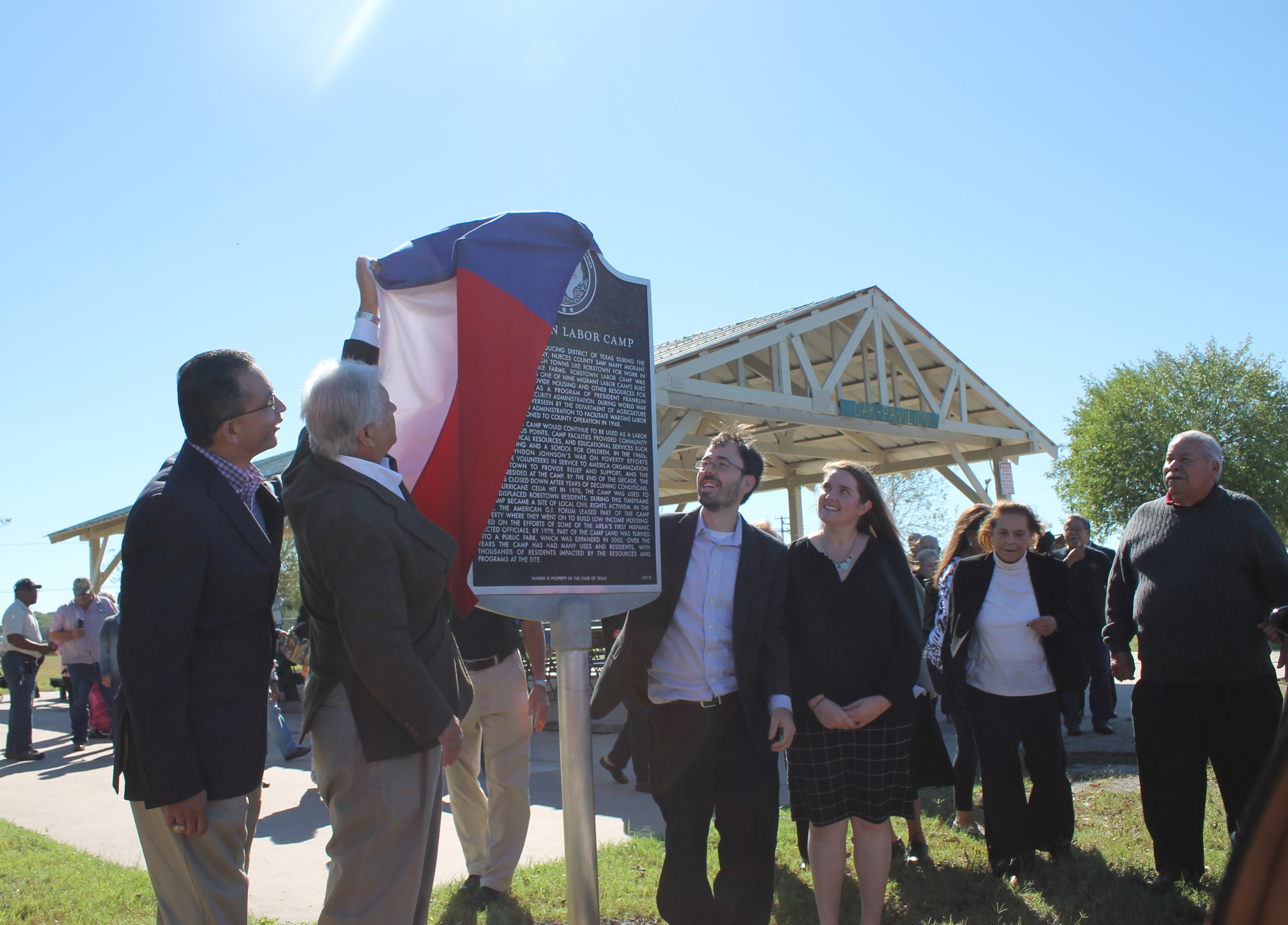 ROBSTOWN — A historical marker was dedicated at a former migrant labor camp in Robstown at the Nueces County Park on Oct. 26. Mark Robbins, an assistant professor of history at Del Mar College, and his wife, Christine Robbins, an assistant professor of anthropology at Texas A&M University-Kingsville, applied for a grant with the support of Nueces County Historical Commission for this project and were approved. The couple conducted research for the project by looking through standard historical sources, such as old newspapers and government records and by conducting multiple oral history interviews.

The ceremony was opened by Anita Eisenhawer, chairwoman of Nueces County Historical Commission.

“I am so pleased that this was done for this community, it is very important.” Eisenhawer said.

The Texas Historical Commission wrote the final inscription on the historical marker. It reads, in part:

“A major cotton producing district of Texas during the early twentieth century, Nueces County saw many migrant workers come through towns like Robstown for work in cotton and vegetable farms.”

The labor camp was completed in 1940 as one of nine migrant labor camps built across Texas to provide housing and other resources for migrant workers as a program of President Franklin Roosevelt’s Farm Security Administration. It was used as a labor camp until 1968.

“I have a close, personal connection with this place because we had relatives that used to come from outside the city or even out of the state and they would gather here,” Ortiz said. “It was a place for them to come take care of personal needs after a hard day’s work and to rest and get ready for the next day of hard work. … This was one of the beginnings of how Robstown grew.”

Herrero said his grandmother grew up at the labor camp and expressed why it was important to be at the dedication.

“It is important because of the historical perspective this place has not only to our community but to the families in our community as well. So many people not only worked here but lived here and because of that determination and perseverance, even under extreme circumstances, made this community what it is today, not only in population but also in the love of family and community,” Herrero said.

Inocencia Cabrera, who attended the ceremony, lived at the labor camp with her husband, Jose, and two children when she was 20 years old, in 1945. She said her husband worked there for many years and she would stay at the camp with her children and part of her duties was doing the laundry with the other women at the camp.

Herrero said his grandmother and Cabrera knew each other at the camp and were good friends.

The Nueces County Park is located at 415 Mainer Road in Robstown and is open to the public.