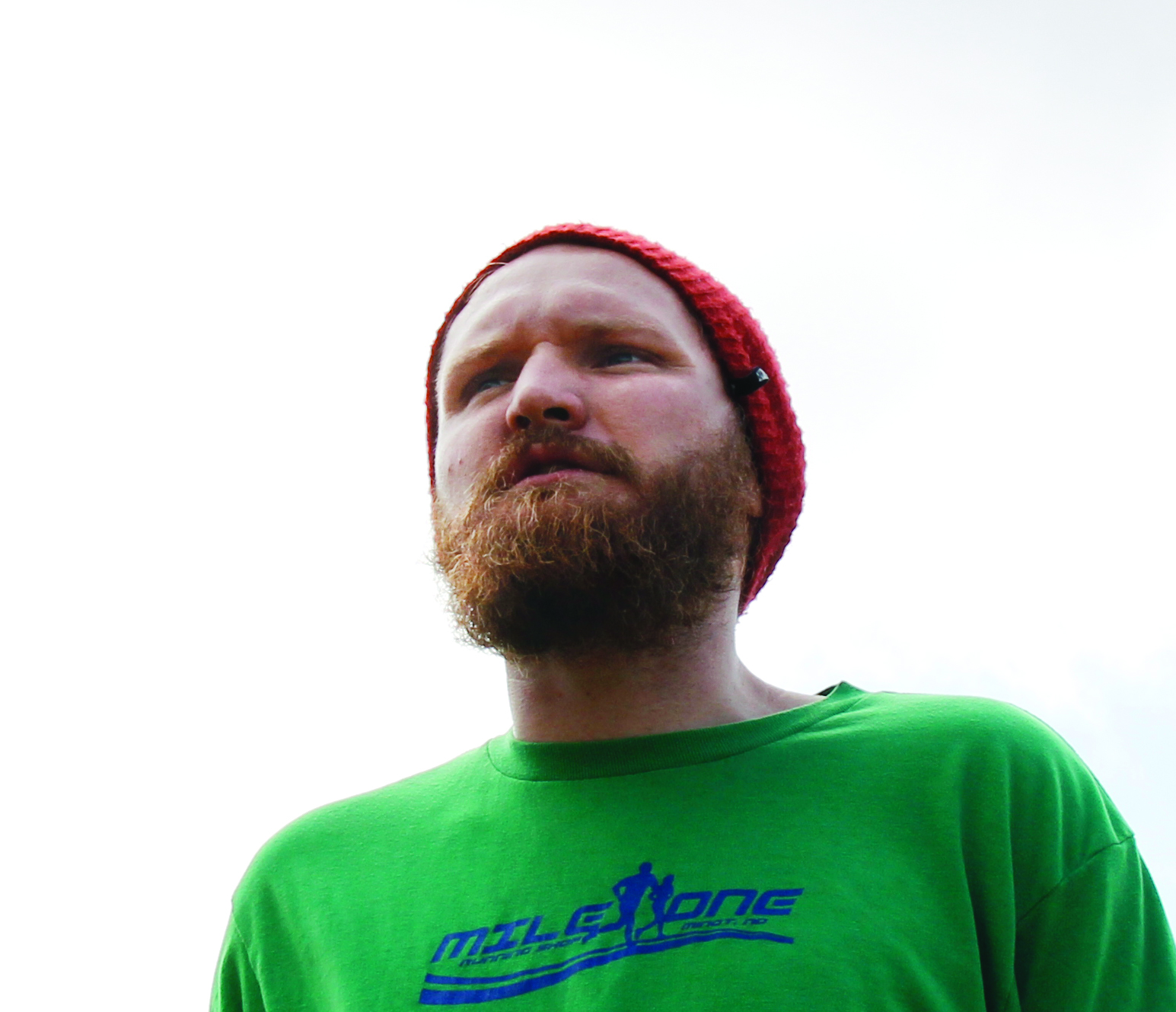 A man who identified himself as only Evangelist James took his place in the free speech zone on Nov. 11 in front of the Heldenfels Administration Building on East Campus. Students walked by while James asked if they were saved or if they were on the path to hell. Some students claimed to know Satan or agreed they were going to hell, but they continued walking and didn’t comment further.

“I know there are a lot of God haters on this campus that don’t want to hear this,” James said. “But you are slaves to sin.”

Larry Adams, a student at Del Mar College, asked James about those who try not to commit sin but don’t believe in God. James spoke with him about sin and what he believes it really means to go to hell. 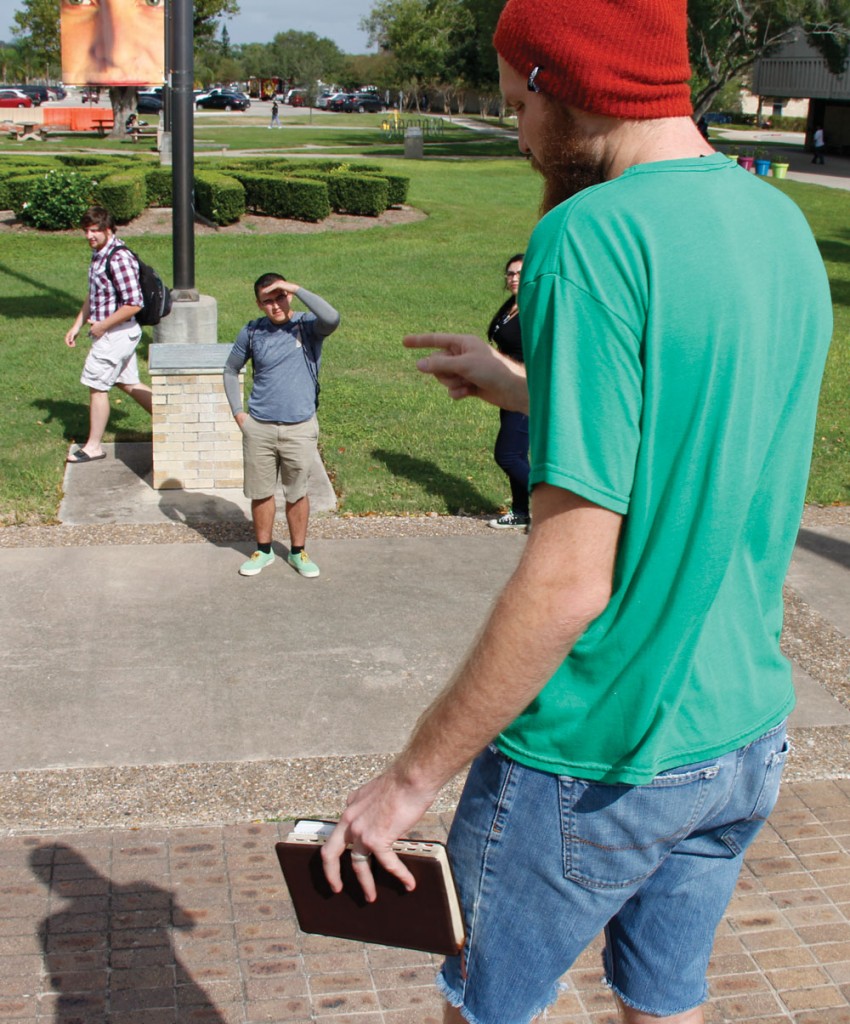 Evangelist James talks to students in the free speech zone on East Campus.

James shared his own story with students who would listen. James and his family moved constantly. His father was an alcoholic, according to James, who physically abused him and his mother.

“I had deep, deep depression in my heart and in my life. I became suicidal,” James said. “But I learned it was a selfish thing to take my own life … I did the church camps. I did the whole Christian thing … but I was never free from sin because I was still about ‘me.’”

James said a man he met in college helped save him, and now he lives a Christian life.

Students who stopped to listen did not argue with the evangelist, but they asked questions or let him speak.

“In the Scripture it says to proclaim the Gospel to all nations so I don’t think it’s a big deal to preach it in a school. … He’s speaking what’s in his heart and what it says in the Bible to do,” said Joshua Sepulveda, a respiratory therapy student at Del Mar.

The reaction to James on campus was different than a previous on-campus speaker. Matthew Bourgault, who was escorted off campus in February 2015, received negative comments about what he said. Bourgault told students they were going to hell, and they could not stop that because they sinned.

James speaks in other places throughout Corpus Christi, but he does not regularly speak at Del Mar College. He did not say whether he plans to return.