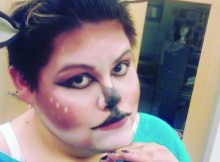 The Drama Department at Del Mar College is a great channel for many students like Lee Alvarado, a drama major and costume assistant to Shara Haghjoo-Moghadam, assistant professor of drama.

“Being around a group of people who enjoy what they do, every single day is something not everyone gets to experience,” Alvarado said.

Alvarado returned to Del Mar College in 2014 after leaving for a short break. Coming back to DMC and finding a program where professors are invested in their students and offered so many creative outlets was a game changer. 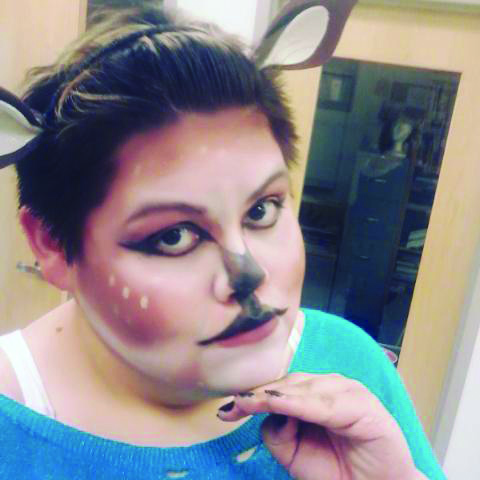 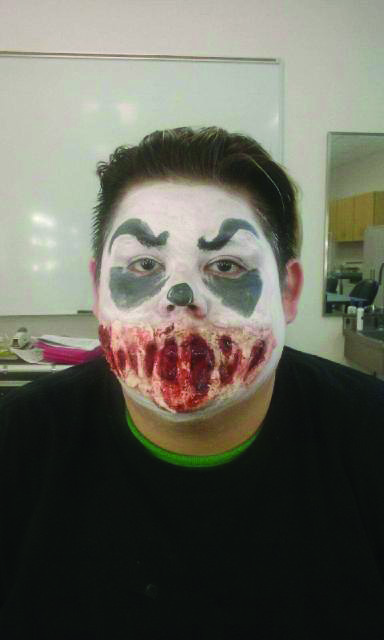 (Top) Lee Alvarado poses as a deer after a makeup application. Alvara- do wants to be a teacher after being inspired by his professor. (Bottom) Lee Alvarado is one of three men in the classroom, but he takes pride in his talents.

Alvarado is proud of being one of three men in a mostly female dominated classroom and not letting that stop him from excelling. Alvarado used to have a fear of “doing it wrong” when it came to makeup, but now takes pride in trusting himself and sometimes ending up with what he calls “happy little accidents,” where it’s not quite what he expected, but still a striking work of art.

Haghjoo-Moghadam has offered a wealth of knowledge to all of her students teaching them not only to be creative but to actually create and express themselves. Haghjoo-Moghadam has been such an inspiration that educational theater is what Alvarado hopes to pursue after DMC.

“I want to be that teacher,” Alvarado said, “exploding with energy, showing my students how theater is such a cool thing; from the makeup to the costumes, you just become mesmerized.”

Haghjoo-Moghadam’s class has offered Alvarado, and other students, confidence and ways to express themselves creatively that many other classes do not. As the semester comes to an end the students will have a chance to showcase their creative skills by creating a character, from the storyline to the costume and everything in between.