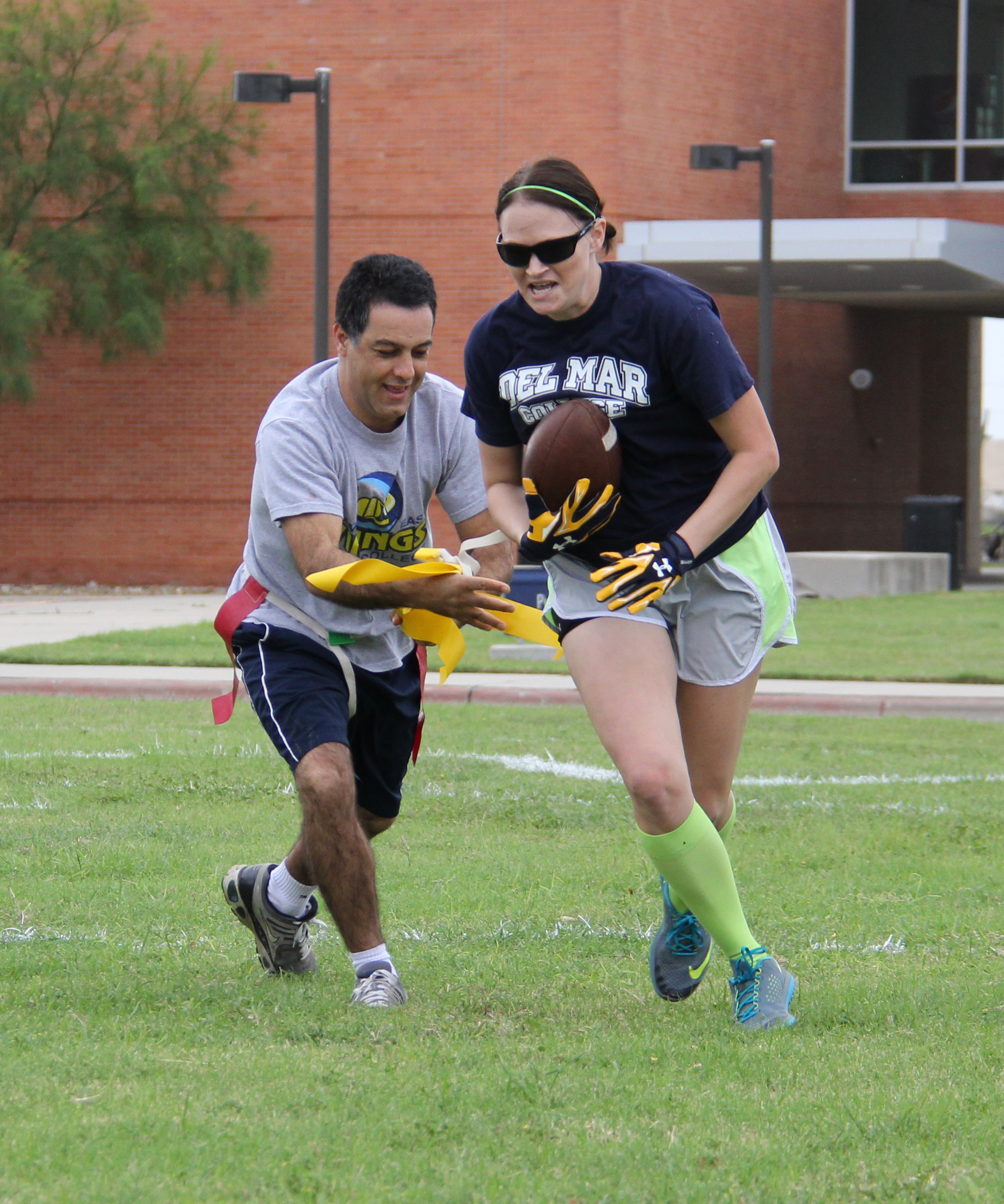 East Campus came out victorious at this year’s Viking Bowl, a flag football game between the staff at Del Mar College’s East and West campuses.

You haven’t lived until you’ve seen your “well-respected” professors get in each other’s face over rule changes during a flag football game, and that happened often at the Nov. 20 game, played on West Campus. There were festivities

leading up to the game such as the punt, pass and kick competition, and the two campuses faced off in a game of tug of war at halftime.

The game started out with no scoring from either side, but there was no lack of excitement in the early going. There were two interceptions, one by each side, and plenty of rule changes. So many rule changes, in fact, that it was hard to keep up with all of them throughout the game.

West Campus opened up the scoring with a touchdown late in the first half to make the score 6-0 after a failed two- point conversion. The 6-0 half- time score really doesn’t tell the whole story of the half because the West really dominated early in the game. The East never moved the ball and seemed to have no answer for the West’s defense.

At halftime, there was a tug-of-war between the two campuses. The summary is if you blinked, you missed it. The East Campus completely over matched the West Campus in the tug-of-war, which lasted mere seconds.

The second half started out as more of the same with the West Campus continuing to dominate the game on both sides of the ball. The West even added another score with five minutes left in the game to make it 12-0.

The game seemed to be over after the West scored their sec- ond touchdown, but that was far from the case. The East responded with two big plays on next drive; one was a quarter- back run that had both sides arguing with the officials about the rules and for rule changes, the other was a long touch-down pass on the following play to make it 12-8 after the two-point conversion.

The West ran out the time on the following drive, but in a quirky Viking Bowl rule you run seven plays after time expires, which played right into the hands of the East Campus because on the second play they stopped the West on fourth down to get the ball back with five plays remaining.

The East wasted no time as it took only two plays to get to the West’s goal line. With only three plays left in the game, the East QB found a wide-open receiver in the end zone for a go-ahead touchdown. After a another successful two-point conversion, the East sealed the game on the final play with an interception that ended this year’s Viking Bowl.