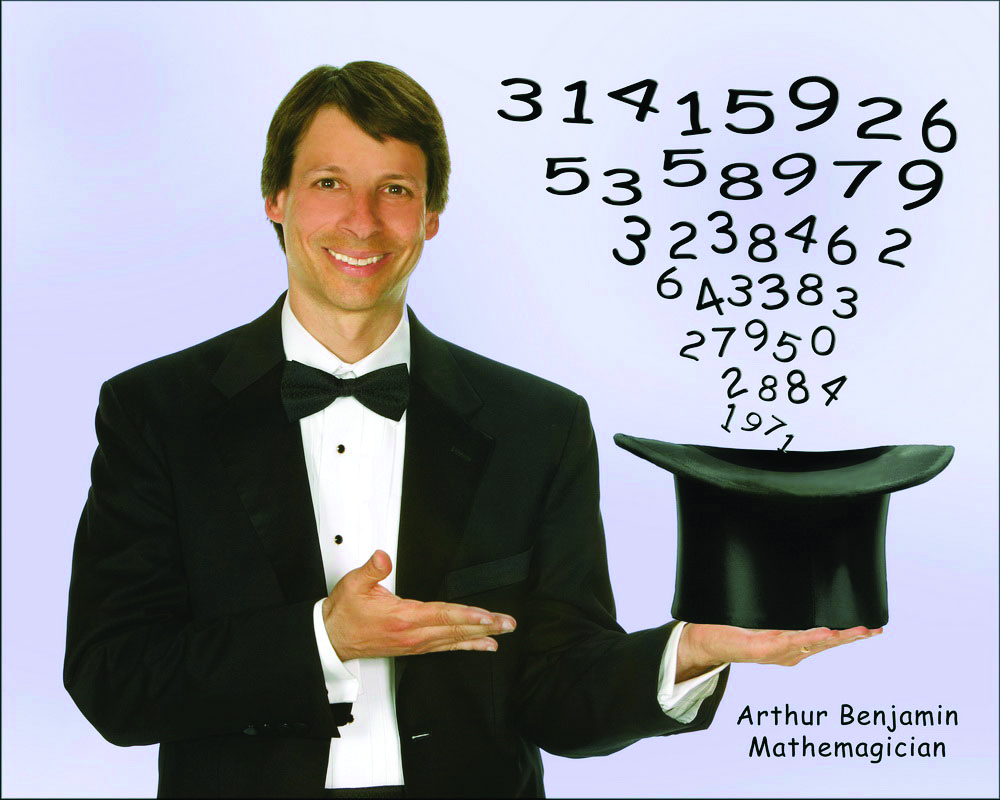 Arthur Benjamin, a professor of mathematics and a magician, is set to return to campus Feb. 5.

Arthur Benjamin is one of the world’s fastest lightning calculators, and he will be demonstrating and explaining his abilities to DMC students.

Benjamin has combined his two loves to create a dynamic presentation called “Mathemagics,” where he demonstrates and explains his secrets for performing rapid mental calculations faster than a calculator. Benjamin has appeared on many television and radio programs, including the “To- day” show, CNN, “The Colbert Report” and National Public Radio. He has been profiled in The New York Times, Los Angeles Times, USA Today, Scientific American, Discover, Omni, Esquire, Wired, People Magazine and Reader’s Di- gest. Reader’s Digest calls him “America’s Best Math Whiz.”

He also is one of the world’s fastest lightning calculators, and he will be demonstrating and explaining his abilities to DMC students.

Benjamin visited DMC in the early part of the spring semester 2015 and was a big hit, demonstrating how to mentally multiply enormous numbers (faster than a calculator), how to memorize a 100-digit number, and how to figure the day of the week of anyone’s birthday.

“Mathemagics: Math Made Magi- cal” will be held at 11 a.m. Feb. 5 in the White Library, Room 433, on East Campus. The event is free to students and sponsored by the Student Success Center.

For more information about the event contact Eva De La Garza at 361-698-2466 or edelagar2@delmar.edu.