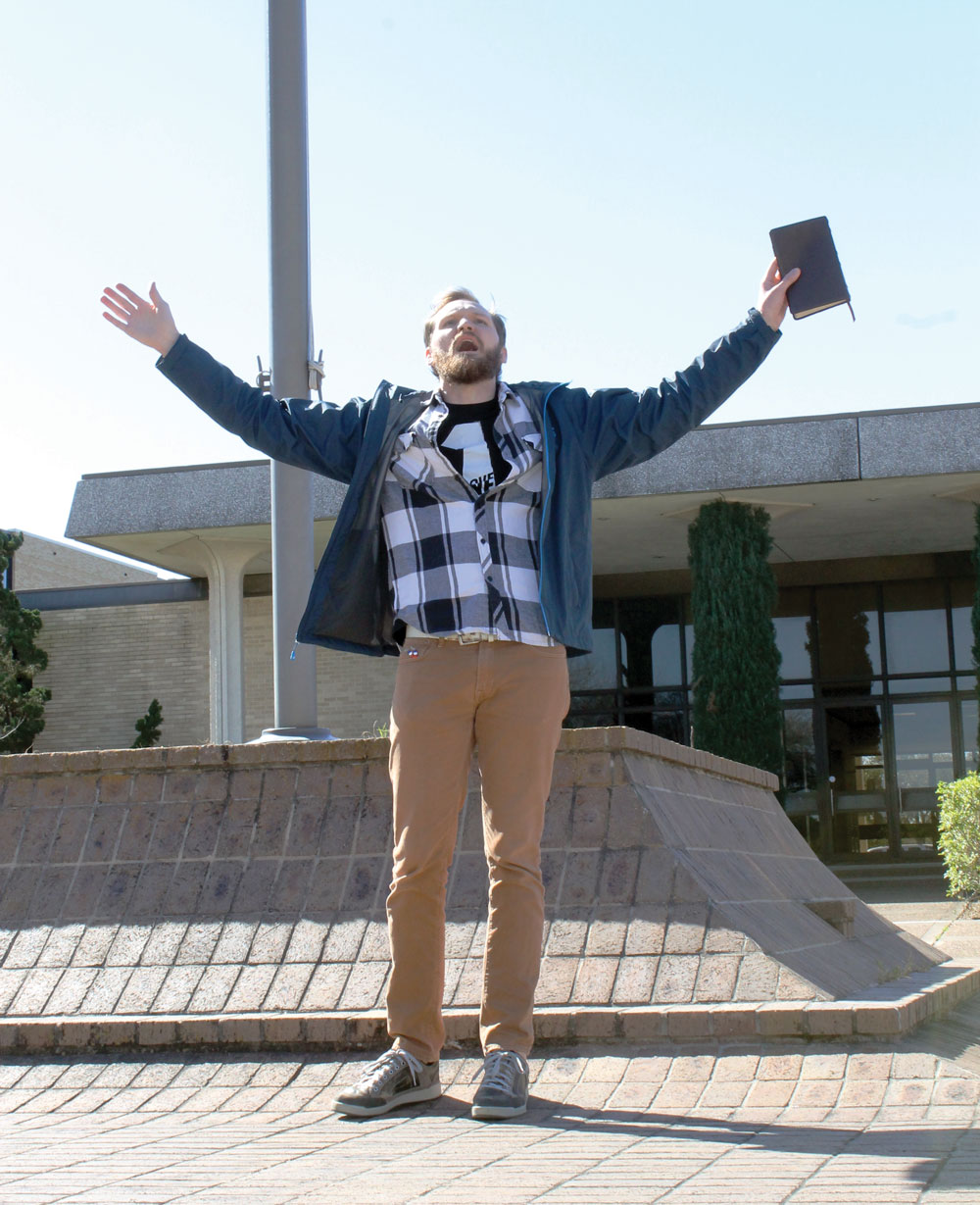 “Get off the bong and get on the cross,” James the Evangelist dared students on their way to class on Jan. 27.

James, who prefers to not give his last name, shared his beliefs in the free speech zone in front of the Heldenfels Administration Building on Del Mar College’s East Campus. This was his third visit to campus this academic year.

James the Evangelist uses the free speech zone again on Jan. 27 to proclaim his faith and share it with students.

Students had mixed reactions to James. Some yelled curse words and told James to kill himself, whereas others appreciated what he had to say.

“I was attracted to him instantly,” student Brandon Jacob Martinez said. “It is nice to hear the word of God. There is so much ignorance in the world. This guy is great.”

Several students asked questions. Some were not answered by James, but by other students who felt strongly about their faith.

Student Joslyn Martinez asked whether God would still love her if she smoked marijuana.

“God wants us to be sober,” fellow student Daniel Hernandez answered. “But God loves you no matter what.”

James also returned to campus Feb. 3 with much of the same message. Many students passed by but few stopped to listen.

DMC does not allow free speech on all areas of campus, but has a free speech zone located in front of the administration building. It is only here that people can speak openly and freely.

“I don’t like restricting the freedom of speech,” Brandon Jacob Martinez said. “Some people may not have the privilege to hear this because he wasn’t allowed to speak anywhere else.”