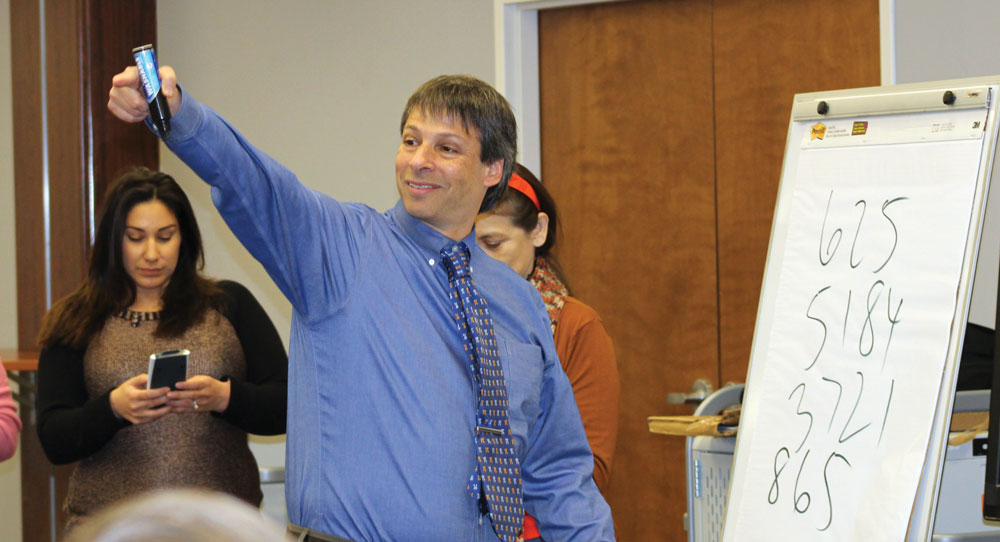 Students experienced a different kind of magic on Feb. 5 at Del Mar College campus with Arthur Benjamin, “mathemagician” and professor of mathematics at Harvey Mudd College in California.

Arthur Benjamin uses rapid calculations to square random four-digit numbers. Benjamin has presented his mathemagics to thousands of groups over the past 30 years.

Benjamin combined his passion for math and magic to create “mathemagics,” a presentation where he demonstrates and explains his secrets for performing rapid mental calculations.

“I have always enjoyed entertaining audiences,” said Benjamin. “To my surprise, people were very interested in my ways of doing math.”

Benjamin has presented his mathemagics to thousands of groups over the last 30 years, averaging about 100 presentations annually.

Benjamin has created four DVD courses with “The Great Courses,” and would like to do one more. His newest book, The Magic of Math: Solving for X and Figuring Out Why, is doing well. He is aspiring to write one more book for the general public and hoping to write a book for the mathematics community.

Although he has many plans for the future with books, his greatest joy is in his presentation of mathemagics and seeing the excitement in the audience. 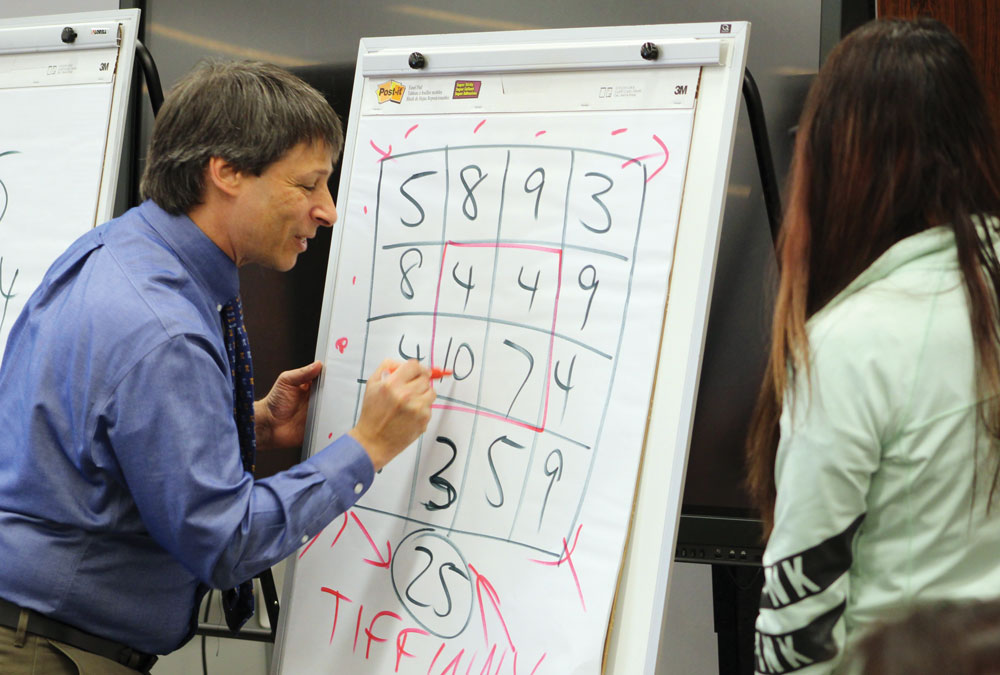 Benjamin uses Tiffinny Benavides’ birthday to create a magic square where most patterns of four boxes equal the same number.

“My goal is not for people to see how smart I am, but how smart they can be,” said Benjamin. “I love seeing the lightbulbs go on in people’s heads. Some people are having fun with math for the first time.”

Benjamin has an audition for a national talent show after leaving DMC. He cannot share much but plans to keep us posted.

For more information on Benjamin and mathemagics, visit https://www.math.hmc. edu/~benjamin/.