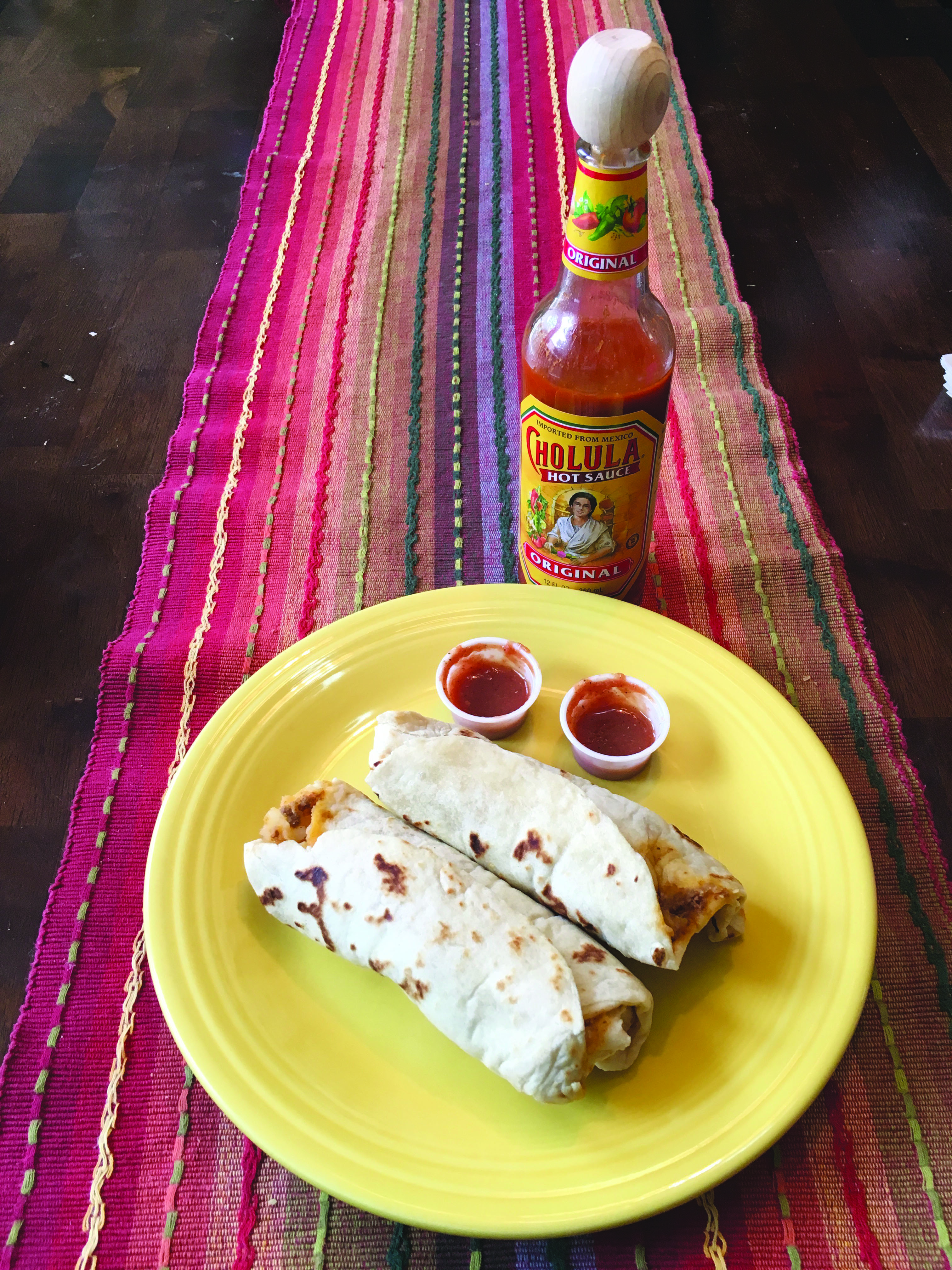 There are many taco places in Corpus Christi, we recently decided to find out what separates the best from the rest. Breakfast tacos were the particular point of emphasis for this article and we found several places of interest.

I went to Taqueria Alteno, better known as “that blue Mexican restaurant across the street from East Campus,” for what my friends and I like to call Taco Tuesday after class. It was about 12:30 p.m. Feb. 9 when I got there, so it was right in the middle of the lunch rush. I went there to try their breakfast tacos because I live in South Texas, and just about everybody in South Texas likes their breakfast tacos. 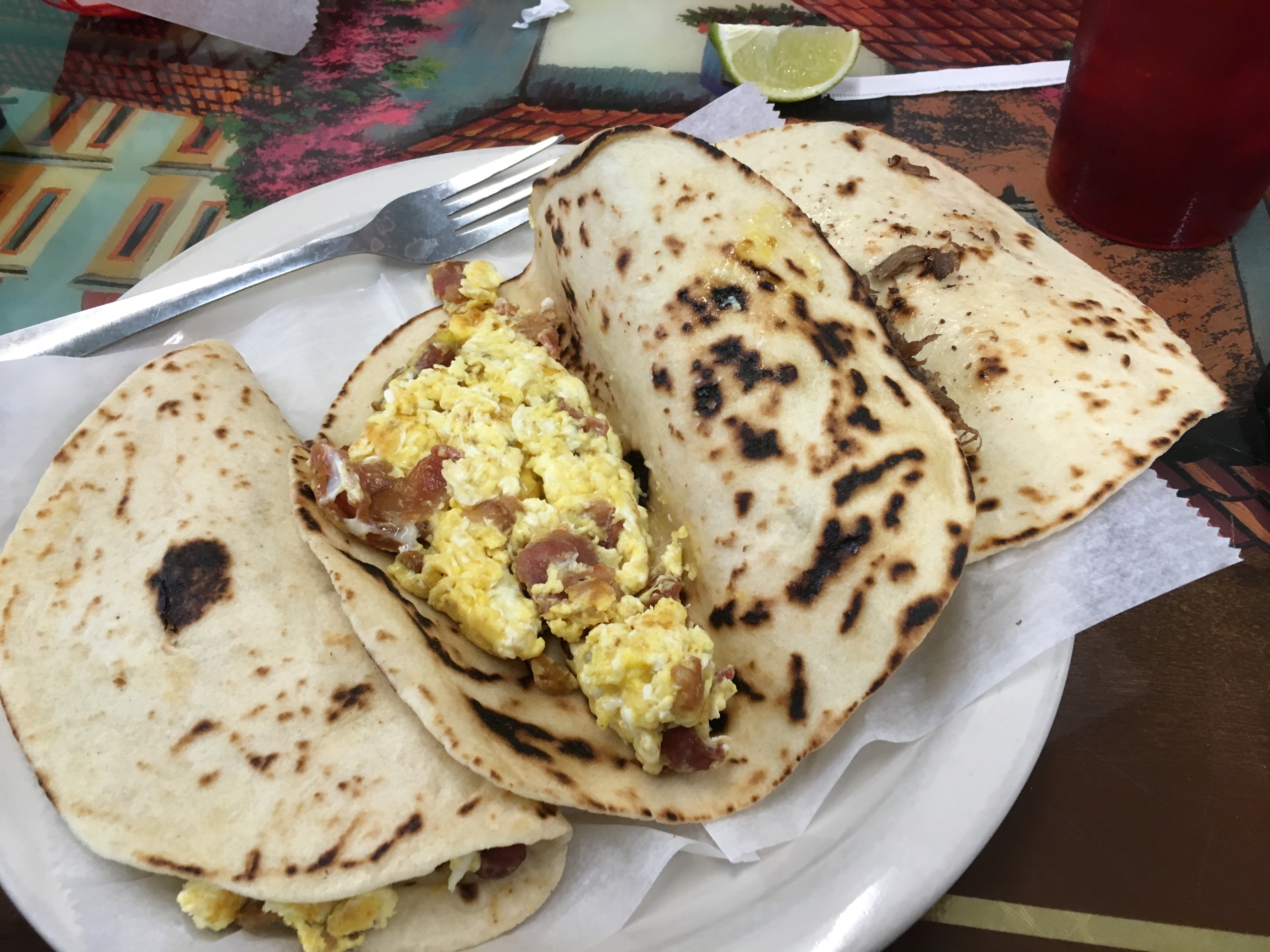 Two bacon and egg tacos alongside a barbacoa taco are loaded and served on homemade tortillas at Taqueria Alteno right across the street from Del Mar East Campus.

The atmosphere is a hole-in- the-wall Mexican food restaurant. Depending on what time you go, you might even have a mariachi band come in and play music for you while you eat. The service is very good as they took our drink order and gave us our menu almost immediately after we sat down. I decided to get two bacon and egg tacos and one barbacoa taco since I did not eat break- fast that day.

The food was brought to us fairly quickly, especially considering that the restaurant was almost filled to capacity. Once I got my food I immediately dove in and was satis ed. The tortilla was homemade which is a must, and the bacon was cooked into the eggs, which is the way I like it. You can also ask them to give you strips of bacon in your taco if you prefer it that way, but I don’t. They also load up the taco with the bacon and egg, which is especially nice since the tortilla was big. The barbacoa taco was not quite as loaded as the bacon and egg taco, but there was still a good amount of meat. The barbacoa was good because the meat was not excessively greasy — that’s the mistake that most places make. The meat was juicy but not greasy and was very good.

I very much enjoyed my meal at the Taqueria Alteno, and my friends and I will definitely be back again for Taco Tuesday.

One of the great things about South Texas is the break- fast tacos. Who doesn’t love them? They come in many varieties and flavors. You could go with one of the “norms” such as a bacon, egg and cheese, or you can come up with your own custom creation; there’s no limit when it comes to the breakfast taco. Flour tortillas or corn, your pick. Eggs, beans, cheese, bacon or my personal favorite, potato and chorizo. And to top it off , pour on some salsa or a flavored hot sauce, or not; it’s all up to you.

Besides breakfast tacos being altogether delicious, they have yet another great quality — they are a affordable. As college students, I think we can all appreciate that. Also, there is no shortage of places to get breakfast tacos here in Corpus Christi and I for one am thankful for that.

Two chorizo and potato tacos with picante sauce on the side served hot and fresh at Taqueria Almeida No. 1, otherwise known as “that taco stand in the Bluff .”

One of the best places to go for a breakfast taco is at Taqueria Almeida No. 1, located in Flour Bluff on Waldron Road. Of course, no one refers to it as that. It’s just known as the taco stand in the Bluff. The taco stand is located near the high school and it is packed in the mornings before school and while others are making their commute to work. With all the traffc in the morning, the taco stand still manages to get the food out fast, even with road construction going on in front of this location.

They have inside and outside dining as well as a drive-thru for even quicker service. Usually when I go, I use the drive-thru and get my breakfast tacos to-go; however, I tried the outdoor seating on this visit and it was quite pleasant. I went before class and the morning taco rush had subsided by that time. I decided to order at the window outside on their patio and I was immediately greeted with a smile, friendly conversation and my order quickly taken.

My food was ready in a flash and was hot and fresh with hot sauce readily available if I wanted it. The tacos were fantastic and the hot sauce was right there with it. The outdoor patio has spacious seating as well as two areas where you can stand and eat with tailgates used from old trucks as tables. I thought this design was not only unique, but practical. The atmosphere was laid back and the customer service exceptional.

Not only do they have speedy and great customer service, they have great tacos, a good atmosphere and they have great prices. For only one taco, it cost $2.38. For two tacos, it was under $5. When ordering four tacos, the price was only $7.79. I can deal with these kinds of prices easily.

Out of all the restaurants or taco stands in Corpus Christi that I have tried, the taco stand in Flour Bluff is by far one of the best. Taqueria Almeida No. 1 is located at 2650 Waldron Road at the intersection of Waldron and Glenoak.