It is a truth universally acknowledged that a zombie in possession of brains must be in want of more brains. 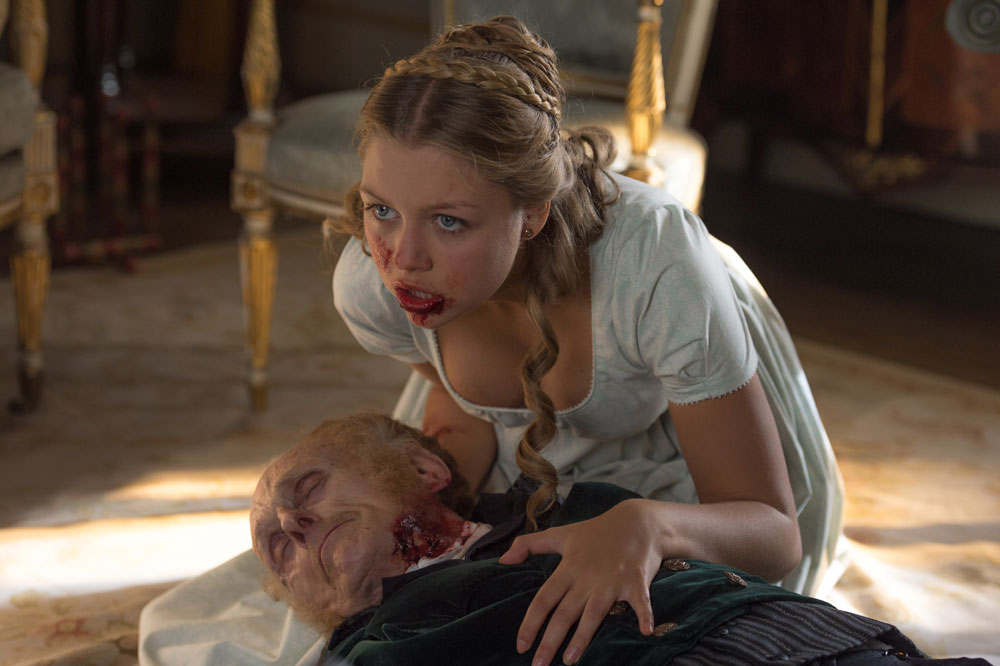 In an alternate history of 19th century England, Britain fights a losing war against the spread of a mysterious plague causing brain-eating zombies. With the dreadfuls roaming the countryside, Great Britain abandons traditional forms of education, turning to Eastern philosophies and martial arts for guidance and protection in the pre-apocalypse. To that end, Mr. Bennet (Charles Dance), an aging English gentry, encourages his five daughters to become the most skilled warriors in Britain. Led by the family’s second oldest, Elizabeth (Lily James) the Bennet sisters become formidable zombie-killers-all while maintaining lady-like social conventions.

Unfortunately, as Elizabeth struggles to navigate her own desires and the advances of her admirers, she also becomes the target of zombie-sympathizers who plot to unleash a horde of unmentionables onto the only place left untouched by the plague-London. 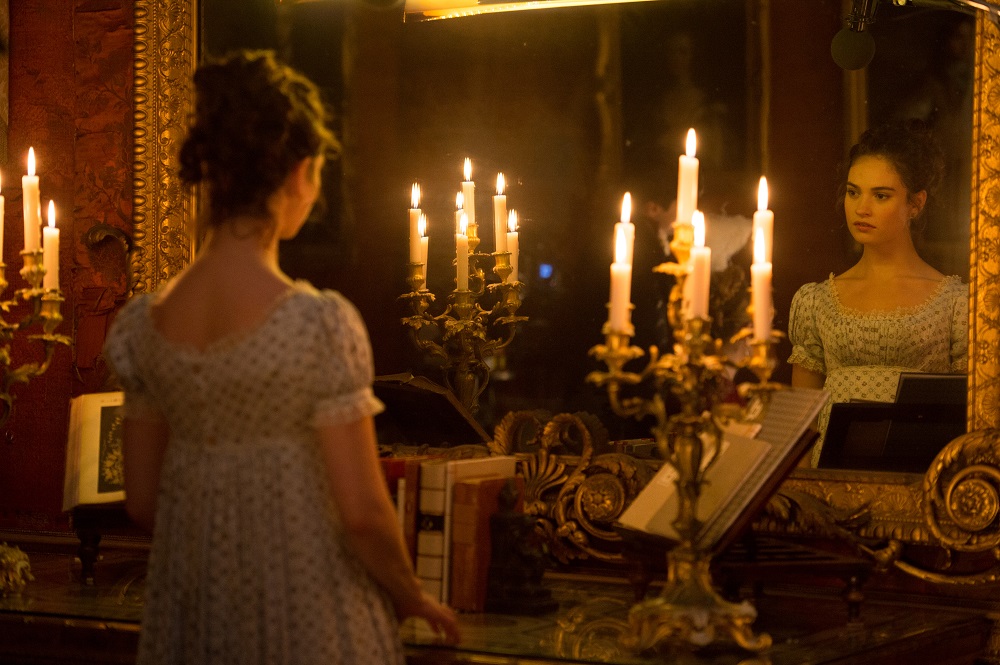 Elizabeth Bennet is one of Austen’s strongest female characters and can be seen in Smith’s adaptation as a warrior bound by honor in “Pride and Prejudice and Zombies.”

Can Elizabeth Bennet be London’s salvation or its demise? Most importantly, can she manage to put her warrior code aside and follow her heart?

As a die-hard Seth Grahame-Smith fan, I had patiently waited 7 years for a ‘Pride and Prejudice and Zombies’ film adaptation. So when the time came that my wish upon a star was answered, I was beyond excited. I feared from the beginning that the film would not live up to par, but after careful consideration I was actually pleased with the results. I didn’t expect the film to be excellent but it was not as bad as I originally feared.

Director Burr Steers (Charlie St. Cloud) did his best to capture Smith’s book in the beginning and I was satisfied with that, but as the film progressed I couldn’t help but notice parts of the original story were cut out or blended in for some scenes. My only opinion and disappointment was that “Pride and Prejudice and Zombies” was not provided enough time to utilize the classic novel beyond a framework for reimagined fantasy.

While Seth Grahame-Smith’s novel hardly repurposed Jane Austen’s original work, it was playful and self-aware enough to be a diverting remix for readers who were familiar enough with the literary classic to appreciate any subtle and not-so-subtle alterations. On printed page, Grahame-Smith unleashed a clever and captivating chaos that is surprisingly restrained- as the prose mirrors the absurd compliment of zombie-horror and aristocratic romance but the film struggles to find the same balance. 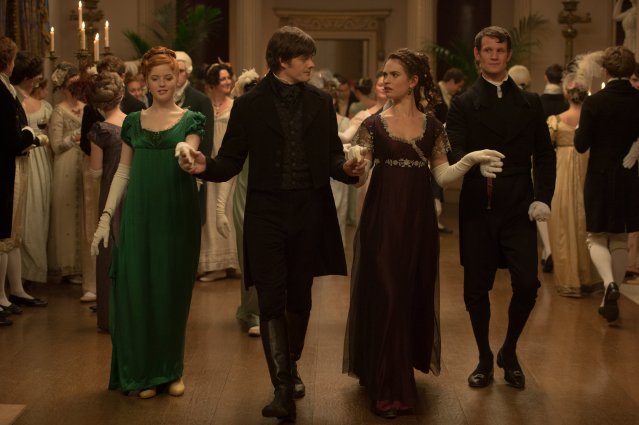 Lily James and Sam Riley outdo their performance as Elizabeth Bennet and Mr. Darcy in “Pride and Prejudice and Zombies.”

In a cast that is packed with familiar faces, only Lily James (as Elizabeth Bennet) and Sam Riley (as Mr. Darcy) are afforded enough screen time and development to accurately convey the knowing and mischievous tone of Grahame-Smith’s ‘Pride and Prejudice and Zombies’ novel. Their back and forth chemistry gave me hope throughout the film,with the comical relief and line deliveries, but even then their acting alone could not make this film an A-lister.

If the director took his time and stuck to the book’s origins, I’m confident enough that the film would have been more successful on screen, but unfortunately, it was not so. 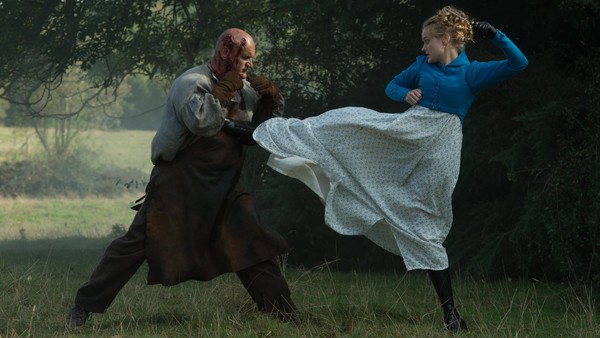 Despite my opinions, the film turned out a lot better than I expected and definitely better than Smith’s other film adapted novel ‘Abraham Lincoln Vampire Hunter.’

Steer’s adaption of the novel implemented uninspired zombies despite the fantastic costume make-up, the larger themes of Austen’s classic were watered down, rather than enhanced, by the post-apocalyptic re-imagining and the action was sparse.

This film had incredible potential. There was a strong cast and larger than life marketing, but the weak story line was a bit of a turn-off for me. 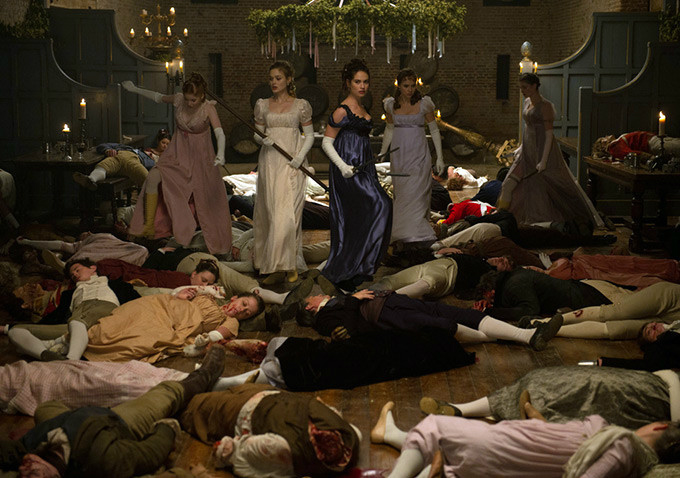 The Bennet sisters combat a hoard of zombies that plagued other guests to an unfortunate fate at the Netherfield party.

So, this Valentine’s weekend if you decide to watch “Pride and Prejudice and Zombies” with your love you two are bound to enjoy yourself. It’s an agreeable adaptation to the novel, but if you want to have a great time and want a bit of romance with a dash of sword fighting, heartbreak, cannibalism, and thousands of rotting corpses told in a 19th century fashion I’d recommend the book and if you want convince your Darcy to read it too when you are done.