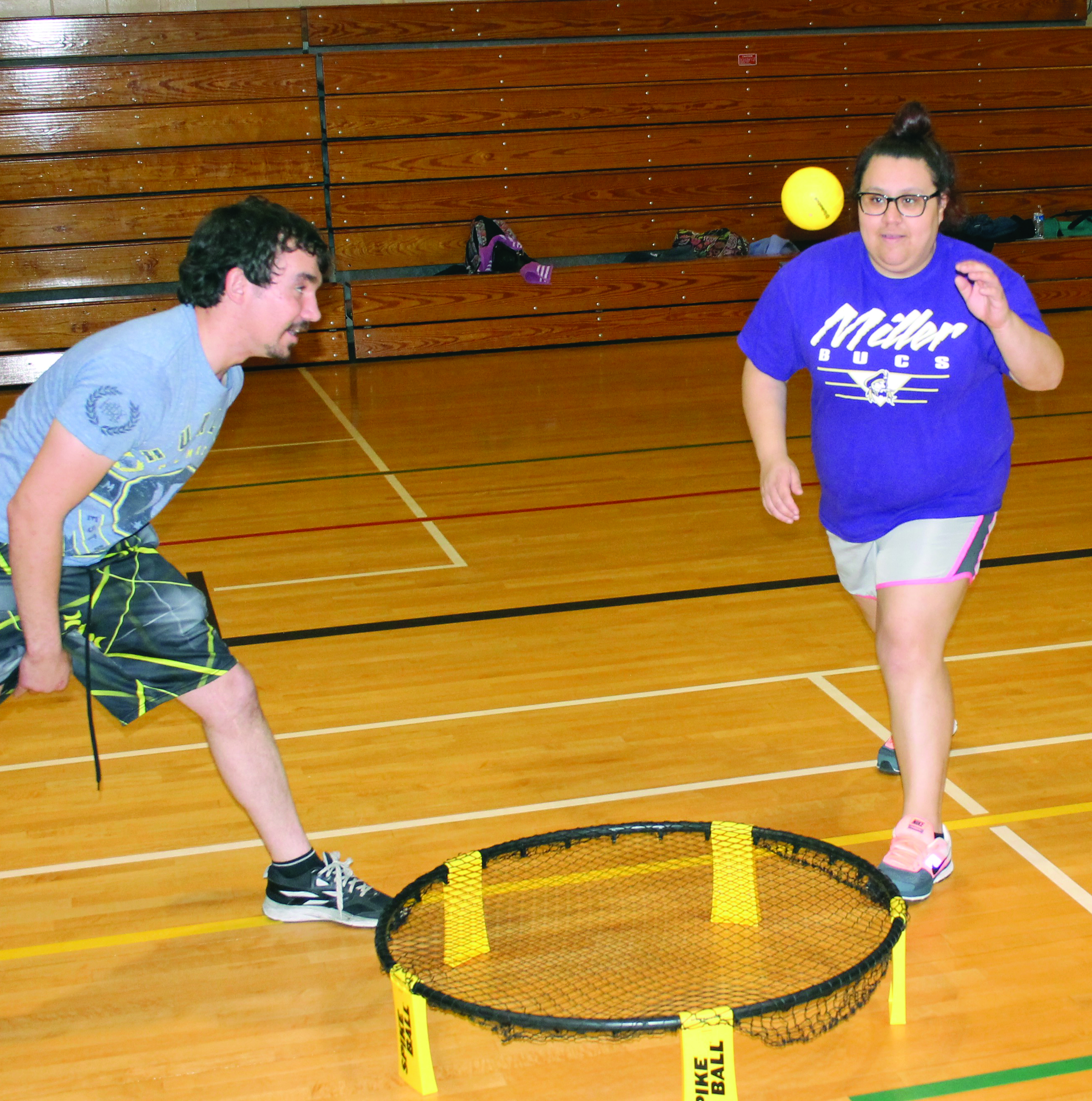 There is an ongoing intramural volleyball league at Del Mar College. The games take place on Tuesdays and Thursdays in the Kinesiology building in the gym.

The games are at 3 and 4 o’clock in the afternoon, with each game being decided by who wins two sets out of three.

The first two sets are played to 25, and if the teams split the first two sets they play a winner-take-all third set that goes up to 15. The league will be ending on the Tuesday after Spring Break, March 22.

Aaron Combs and Irene Trevino play spikeball inside the gymnasium in the Kinesiology Building on March 9.

A spikeball game took place in the Kinesiology building on March 9.

Four people got into teams of two to see who would be the spikeball champion. Intensity rose as the game wore on between the two teams.

The game turned into a battle of wills to decide who would be crowned the champion.

At the end of the game the small yellow ball hit the ground like a 50-pound brick for the last point of the game. At the end of the day the participants were oozing with excitement for the next intramural event so they could continue to showcase their skills.