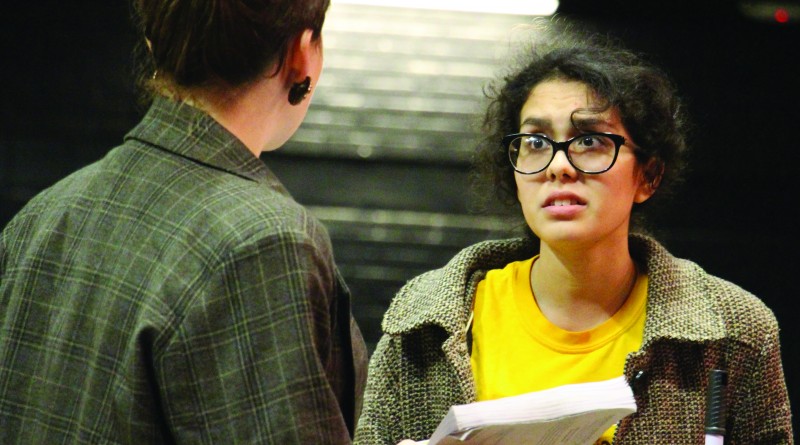 The Sarah Daniels play “Gut Girls” is hitting the Del Mar college theater. Being a gut girl meant to literally work in gutting sheds, where the women would take out the guts of cows and pig carcasses before the remains were sent off to the butcher. “The gutting sheds are being sold as the meat industry is changing and now these working women are faced with uncertainty about their future,” said Carl Yowell, professor of drama. In the turn of events, one upper-class woman attempts to train these working women to be more “lady-like” and sophisticated.

They are, however, sassy, foul-mouthed and strong — and therein lies a challenge. The play has many great, strong woman roles. Even though the circumstances are unique to these women, some of the obstacles they must overcome are the same women face today, including crossing boundaries, breaking social norms and fighting for equality. Even though she is a firstyear student at Del Mar, Arianna Perez has been acting for four years and hopes to fulfill her dream of being an actor in a big playhouse in Chicago or New York. “You have to start somewhere, and it never hurts to try,” Perez said. She plays two roles, as a maid named Emily and a mother named Edy.

There are 17 roles total, 11 women and six men, with 23 scene changes. The play takes place in London in the 1900s at the turn of the century. The attire is period costume type, involving corsets, wigs and fancy hats. To really set up the feeling for the show, besides costumes, there are also props for the scene changes. “People think of theater as just acting, but you have to have passion, especially when working backstage,” said Clarissa Gonzales, stage manager of the play.
Being a stage manager, Gonzales must write down prompts, scene changes and know every line in the play. “If someone gets hurt or can’t act, I have to step in.” she said. Her part is like being the right-hand man to the director. Her dream is to be a film director.

Some students prefer to work both in and out of the spotlight. Charles Luna started acting at 11 years old, and was inspired by actors such as Robin Williams and Meryl Streep. Luna, also a full-time drama student, is an actor in the play who also works backstage to help create props and more. “You never really take a break, but it’s worth every ounce of sweat,” he said.

The play will open at 7:30 p.m. Oct. 28 at the Finley Theater, and continue Oct. 29 and Nov. 3-5. On Nov. 3 there will be a student appreciation night where all Del Mar students can attend the performance for free with their school ID. All shows are at 7:30 p.m. Tickets are $10 general admission; $6 for seniors, military and Del Mar college faculty and staff with valid ID; and $3 for students with valid ID.