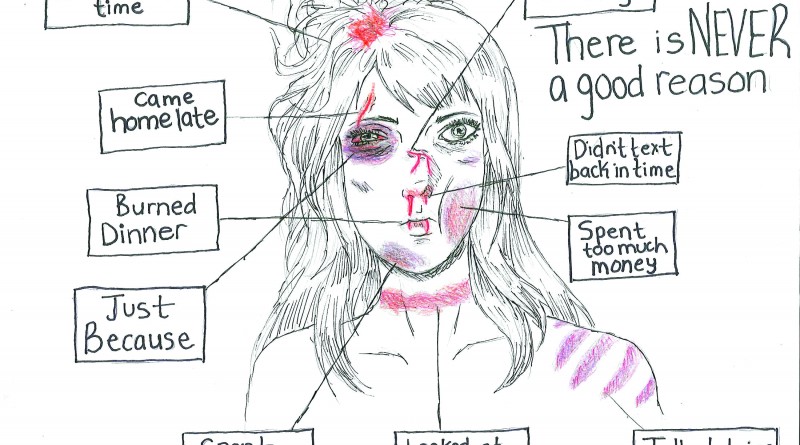 Domestic violence continues to plague households and families, yet despite the prevalence of the problem, many still turn a blind eye to it.

More than 10 million Americans are victims of physical violence every year with 76 percent of those victims being women, according to the National Coalition Against Domestic Violence. Domestic violence has also accounted for 15 percent of all violence in America, according to recent studies.

The social stigma behind domestic violence has created a sense of guilt in those that are affected even when it is not their fault.

Locally, approximately half of the 27 reported homicides in 2014 were linked to domestic violence with police reporting more cases of domestic abuse per 1,000 residents from 2009-13 than similarly sized police departments across the state.

Imagine seeing your friend start to walk across the street and you see a car driving right for them. Your first instinct would be to alert your friend of the speeding car, wouldn’t it? Why don’t we react the same way to domestic violence? Are we missing signs? Do we just ignore the yelling? Do we ignore the bruises on our friends’ face?

The social stigma behind domestic violence has created a sense of guilt in those that are affected even when it is not their fault.

Some signs of domestic abuse include the victim acting nervous, anxious or jumpy around their abuser. The victim may go along with what the abuser says or does without question, according to helpguide.org.

The victim will often have frequent injuries and say it was an accident more than likely. They will frequently miss work or school with no explanation or excuse as to why. The signs may not always be the easiest to spot.

“Domestic violence is difficult for a lot of reasons, but mostly because the person that is in the relationship has to decide that they want to get out for 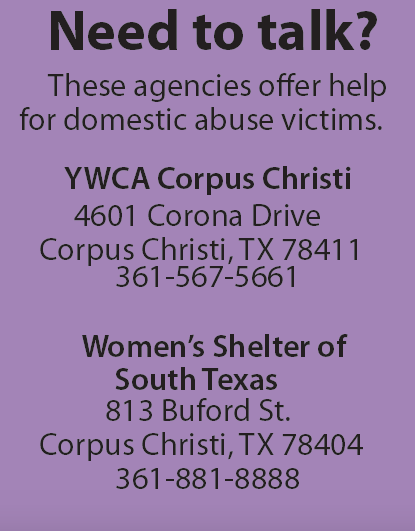 themselves,” said Sarah Soto, a Del Mar counselor. “So the best thing that you can do is let them know that you are concerned and that you’re there for them whenever they need it.”

There are a number of resources available for those who are being abused including the Del Mar Counseling Center and the Women’s Shelter of South Texas which can be reached at 361-881-8888.

Nobody deserves to be hit, yet it’s happening constantly behind closed doors and many times we never know. Please pay attention and read the signs, read between the lines.

If you notice any signs of abuse, approach that person and talk to them, because a life may depend on it. You can make a difference in seemingly small ways that could change a person’s life for the better.