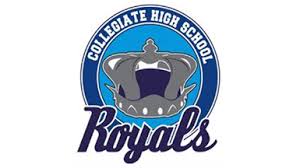 Red Ribbon Week was full of activities for Collegiate High School students. The week, which began Oct. 24, had themes including Turn Your Back Monday, Team Up Against Drugs Tuesday, Lei Off Drugs Wednesday, Superhero Thursday and Crazy Sock Friday. These themes were planned by the Student Council, which allowed for students to engage with the subject matter of the fight against drugs.

All around, it was an exceedingly informative week, especially when DEA agent Dave Bishop shared his story and warnings about drugs on Oct. 27.

Bishop’s inspiration to become a DEA agent came from Enrique Camarena, who was an undercover agent for the DEA in the late ’70s and early ’80s. Camarena was assigned to Mexico and in 1985 he was brutally tortured and eventually murdered by drug lord Miguel Ángel Félix Gallardo for being the source of leaked information.

“We cannot let him die in vain,” he said.

Bishop said Camarena dedicated his life to help and save others from drugs.

To give a realistic example, Bishop read students an obituary. The person was identified as Robert. Robert was an athlete, who seems to have had a good life with his wife and kids, but soon got involved with a different lifestyle and died of a meth overdose. As a student, listening to the obituary gave me chills. I found myself wondering why people give their life away to drugs. I then remembered that they’re all in different situations at that moment. Whether for fun or to escape reality, people all go through something terrible and sometimes it’s the battle of drugs.

Bishop told students that it’s a lifetime commitment to be drug-free. The environment that people are placed in today is worse than generations before.

Most teenagers and adults are exposed to a new level of death, from the sad actuality of new sources, such as social media. And the fight against drugs has no help from the new “in style” drugs like synthetic weed and pill parties.

Bishop said Texas is the only state in the nation to have more kids die of drug use than drowning incidents. Hearing this made me realize, drugs don’t discriminate; there’s no social economic class that it doesn’t affect. One of the only things in life that doesn’t differentiate between social classes is deadly and vile. It wasn’t a surprise to hear that Texas has a large drug use; most schools I’ve been to suffer from narcotic substances.

Coming to an end, Bishop took questions from students. One question came from a sophomore who asked about Bishop’s perspective on the show “Narcos.” Bishop said he actually worked for Javier Pena, one of the DEA agents who took down drug lord Pablo Escobar in 1993.