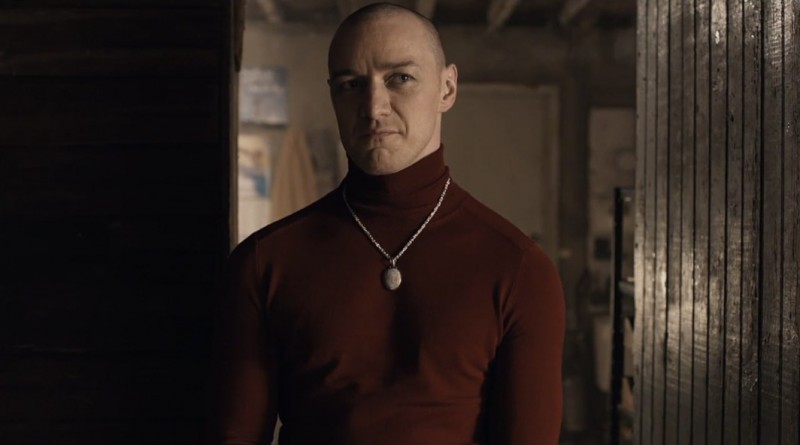 M. Night Shyamalan has been making movies since before I was born and is known to make some weird, shocking and downright surprising ones. I’ve seen some of his films and have heard about others from people I know, so when his psychological thriller “Split” came out, I was ready to be a part of the first wave of people seeing it and reacting.

All movies have conflict and the problems in this film were all based around Kevin Wendell Crumb, who suffers from dissociative identity disorder, kidnaps 3 girls and keeps them in some secret location.

When the multiple personalities start to show themselves to the girls, they can’t help but wonder, is this guy crazy or messing with us? This aspect of the victims being unfamiliar with anything like this and not knowing what to do gave a good angle to the fear they had and helped me empathize with their struggle and frustrations.

Throughout the movie, there are glimpses into the past of the main female character, Casey. While her troubling, abusive past gives us insight into how she makes her decisions, the open ended conclusion to her history of abuse is quite frankly annoying as heck. I know that intentionally the answer to how she handles her predator uncle is left out, but boy do I want to know, and I suppose that’s the purpose of that anyways.

James McAvoy, who played our killer and essentially six other characters was fantastic as an actor. At points I forgot that it was one person playing many parts rather than different actors altogether. He committed to character, whether playing a killer, a woman, a 9-year-old boy or just a scared, sick man sharing a body.

One big problem I have with this movie is that while we have the side of this man and the girls he’s kidnapped, we frequently see him going to his doctor, a psychologist who focuses on people with dissociative identity disorder, or DID. This doctor is almost fanatic about her patients with DID, taking part in large conferences to introduce the idea that people who suffer from DID are essentially superheroes, better than the average human, able to change their physical chemistry according to whatever personality they possess, etc.

The problem here is that the movie, in a lot of ways, tries to vouch for people with multiple personalities. It certainly works on raising awareness for the disorder, but then the only person we see in the movie is a kidnapper/murderer/psychotic man who wreaks havoc the entire two hours or so.

What a huge step forward for the mentally ill community — lmao. Like, the movie does a strange job balancing representation for mentally ill and using one man’s mental illness to literally make him a monster, but OK.

Also, the main antagonist, who preys on young women, well he searches for those who are unpure or “un-hurt.” Essentially, if he sees someone who has it too good and hasn’t suffered in their lives, they become a target. But, that ignores the countless people who suffer inwardly, those with depression or any other “invisible” ailment. This becomes a big part of the movie, but doesn’t make sense. The main character only sympathizes with people that have hurt, like him, but even his own illness/suffering is unable to be seen physically by others.

Just, the hypocrisy of so many parts of this movie is frustrating. It leaves some questions and not in a particularly good way. The resolution is minimal and the frustration is plentiful.

In some ways I almost enjoy the frustration this movie gave me though, because now I have something to talk about with family and friends. If anything, this definitely became a topic of discussion in my life, which may be what M. Night Shyamalan went for.