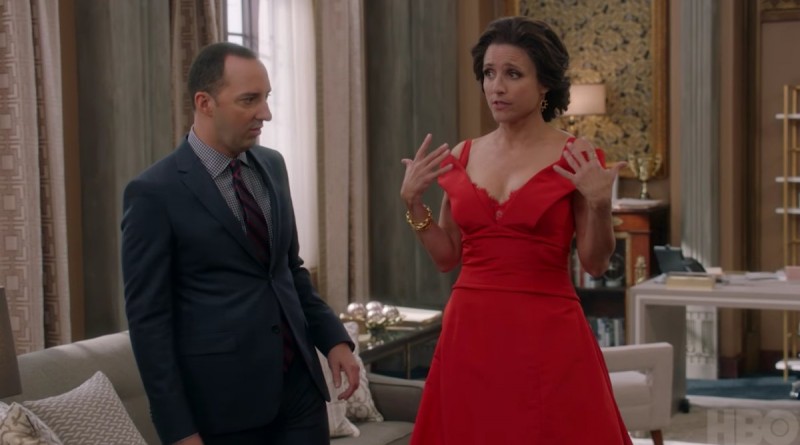 “Veep” may have outgrown its name, but it sure hasn’t outgrown its relevancy, even in a time when politics have reached a new level of crazy. Julia Louis-Dreyfus continues to be irreverent and unstoppable as Selena Meyer, who in Season 6 finds herself clawing for relevancy and attention.

The new season picks up with Meyer trying to establish herself post-presidency. She was previously a vice president who took over after the president stepped down for personal issues, only to have her re-election end in a tie and subsequent loss.

Now, Meyer is running a charity for adult illiteracy and AIDS, in a shallow attempt to seem like she’s still an important and good person, while her former team is scattered in various jobs and places.

While American politics have taken on a level of crazy that seems like it could only happen in a fictional TV show, “Veep” manages to maintain the absurd and hilarious comedy of politics. The vapid and shallow characters are still the worst, but no matter how bad they act, you never take your eyes away or stop laughing.

While the show has left Capitol Hill and the White House, it hasn’t left the biting and slicing humor. Meyer graced us in the first episode with the line: “”You know what being an ex-president is like? It’s like being a man’s nipple.” No other show could get away with that line and have people go, “I mean, she’s not wrong.”

Part of “Veep’s” excellence comes from how relevant the show feels in our wackadoo world of politics today. The show throws political correctness out the door, covering topics such as adult literacy and sexism like a kid coloring, by crossing all the lines. While this could derail many shows, “Veep” stands apart by proving that sometime it’s okay to laugh at these things, and that in today’s world we need to laugh more than ever.

While American politics will probably only get wackier, shows like “Veep” prove that even in horrendous and horrible situations you can always find room to laugh. In its sixth season, the show is proving more than ever that not only is Julia Louis-Dreyfus a national treasure, but that “Veep” is one of the best comedies ever.