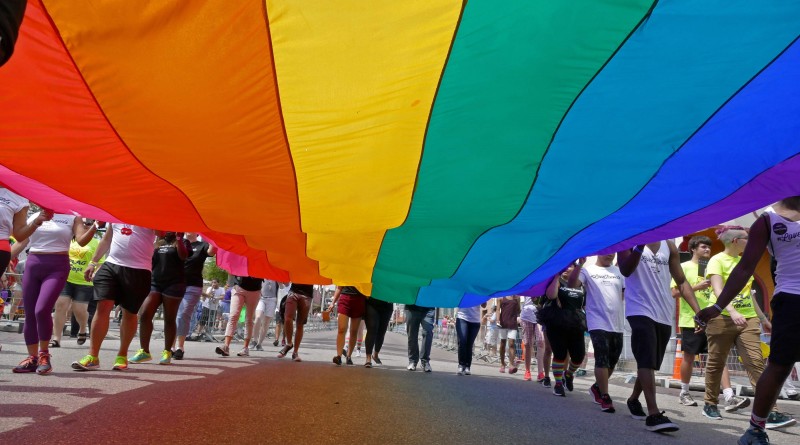 While pride parades celebrating the LGBTQ community are common in most big cities, Corpus Christi hasn’t had one, but that is about to change.

The parade, which will be apart of many pride themed activities for the weekend of June 2-4. Other events for the weekend will include a block party, a LGBTQ youth prom and art shows focusing on gay content.

Sarah Hedrick, the head organizer of the parade, got her start last year after planning a memorial after the Pulse massacre at a gay nightclub in Orlando, Fla. that left 49 dead.

Last years event was planned in a short amount of time, however the parade has been in the works since last October, according to Hedrick. “We tried to get the city to light the bridge rainbow after the shooting,” said Hedrick,” This year we have gotten tremendous support from the city for the event.”

While some of the events will be more adult oriented, such as splash, some will be just for younger LGBT people. Angie Baker, the LGBT Youth Coordinator for YNOT (Youth Network Out Together), decided to plan a Gay Prom for the “community to see that kids want this and that it is important.

“LGBT kids don’t always feel comfortable at regular proms.” Said Baker, “Prom can be magical, so this is for kids to go and be out and bring a partner no matter what their gender is or dress however they want.”

Rylan Martinez, a sophomore and Dual Credit student at Moody High School, said that “events like these are good to show the community we are valid people.”

“I’m probably most excited for the parade,” said Martinez, “I’ve never been to one so it’s going to be fun.”

Felicity Shea, a junior at Collegiate High School, said “I think it’s important to have a pride parade because there is not a lot of acceptance in Texas because Texas is well, Texas, but showing that it’s okay to be who you are and even celebrating who you are is important.

The parade is apart of the many pride or LGBTQ related events that will be held. For more info go to http://pridedowntowncc.com. The full schedule is below:

Growing up LGBT in South Texas: A Facebook Live Forum

Ages 13-17 must be accompanied by an adult

Parking Lot of The Exchange

Free, but space is limited

$5 suggested donation at the door