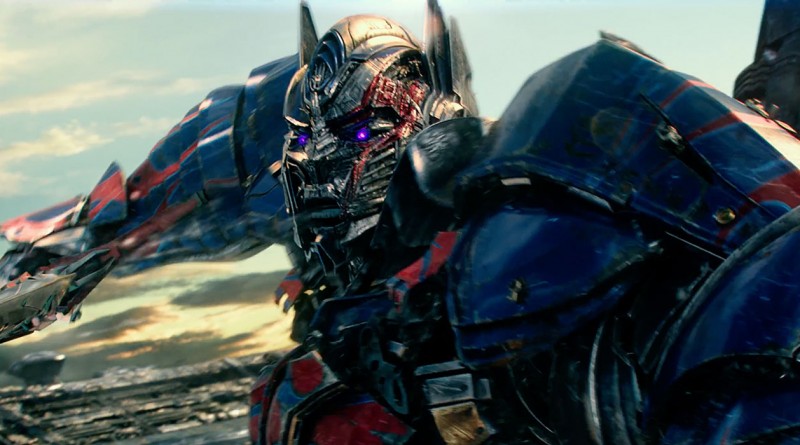 The long-running battle between the Autobots and the Decepticons rages on in Michael Bay’s “Transformers: The Last Knight.” This latest entry is the fifth in the series with Mark Wahlberg returning as Cade Yeager from the previous film “Age of Extinction.” Josh Duhamel, who starred in the first three movies, reprises his role as Lennox. After the success of the first film, many agreed the sequels ranged from passable to just an awful mess. The latter seems to be the case with this new entry in this series.
In present day, the Transformers are hunted by the TRF (Transformer Reaction Force) and the Autobots have gone into hiding after being deemed illegal by the government. Optimus Prime hasn’t been seen for quite some time after searching for the creators of his kind. After being handed a talisman from a Transformer that served as a knight for King Arthur, he is tasked to recover the staff from Merlin’s (Stanley Tucci) grave that was stolen from a sorceress named Quintessa. With the help from an eccentric astronomer, Sir Edmund Burton (Anthony Hopkins), and English professor Vivian Wembly (Laura Haddock), Cade and the remaining Autobots including Bumblebee must recover the staff before Megatron and the Decepticons use it to end all humanity. And if the storyline of “humanity at stake” is sounding familiar, then you probably seen the same thing FOUR times before.
It is clear that Bay does not care about these films anymore as he does the same thing over and over again, only changing the details slightly to make it seem “different” when it’s not. If you have seen the first film, then you have seen the same film four times in a row. The human race is always in danger if they don’t recover something or other — and not once does this film take a break from that cliché. The pacing of the film is all over the place and is real easy to get lost. It goes from one location to the other hoping that it keeps the audience’s attention but all it does is lose their interest quickly.
Although the actors do what they can with the material given, you don’t care about these characters on the screen, which is a major problem. Even Optimus Prime isn’t in the film that long; he appears in the beginning for a bit, then doesn’t show up till the film’s climax. It’s sad that the leader of the Autobots himself didn’t get that much screen time and when he finally shows up it’s real underwhelming and has no impact whatsoever.
The one thing you have to give Bay credit for is that he knows how to set up good action set pieces, and this time around it is filmed a lot better. In previous films, it was too close up that you couldn’t tell which Autobot was fighting which Decepticon but in this film it’s filmed a lot more fluid and you see the action clear enough. And Hopkins’ performance in this movie is one that needs to be seen to be believed as he clearly is trying to get a paycheck, but hams it up each time he is on the screen including a scene where he yells at an overweight tourist to move their fat “butt.” And the climax of this film is truly over the top in true Michael Bay fashion.
But sadly, this couldn’t save this movie as “Transformers: The Last Knight” should be skipped because of the sloppy writing, editing, bland characters and repeating the same formula over and over again. The verdict is out, and it’s time for Bay to step down from making these films and pass the torch to someone else.

Cast: B
Script: D-
Cinematography: B
Soundtrack: B-
Overall: C-