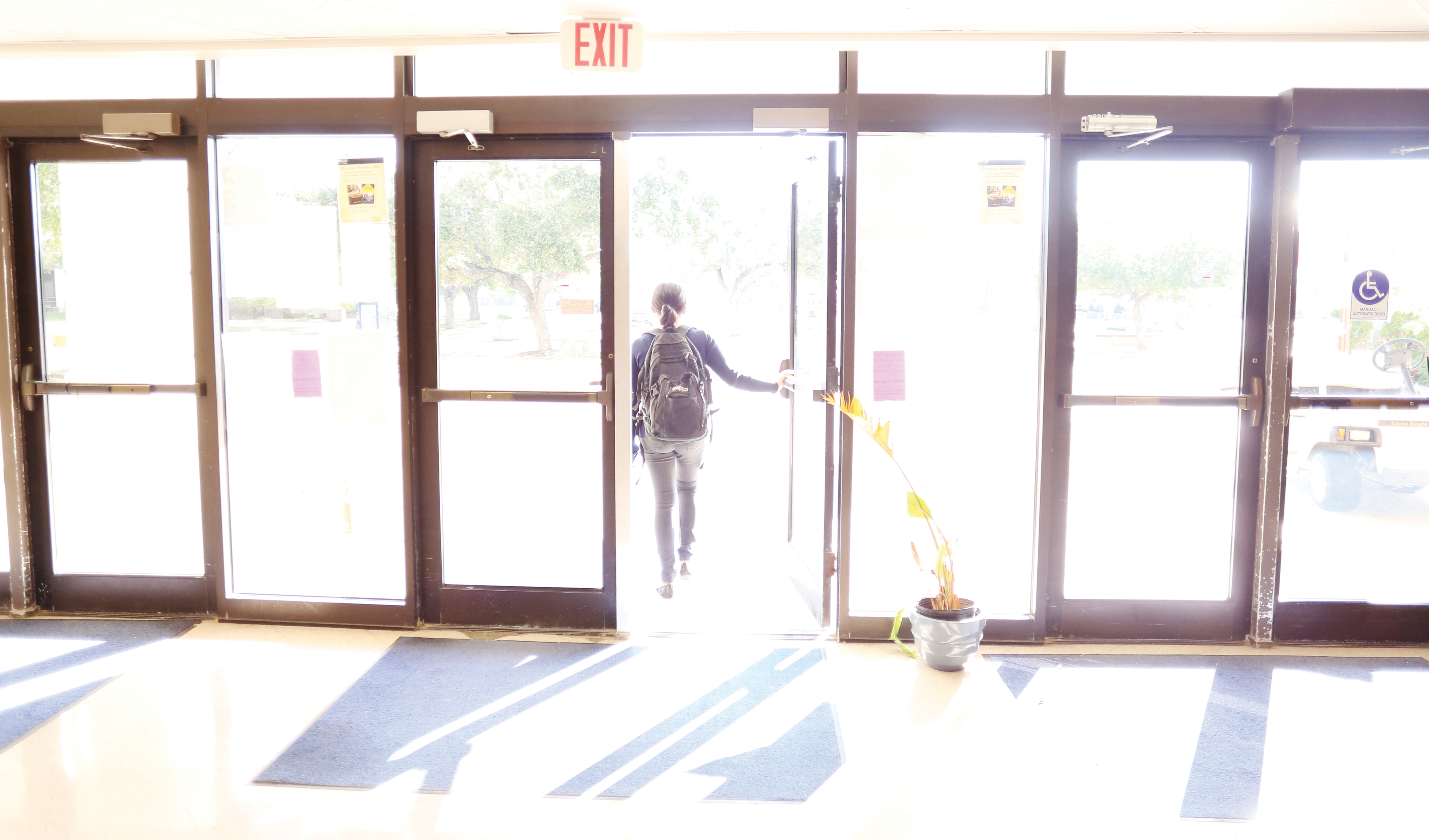 Collegiate student uncertain about her future in America

Ten years after coming to America, Collegiate High School student Liliana and several other DACA recipients may soon find themselves deported to a home they hardly remember.

Attorney General Jeff Sessions on Sept. 5 announced the ending of the Deferred Action for Childhood Arrivals program, or DACA, with a six-month delay for Congress to arrange a proposal, leaving many undocumented immigrants worried.

After the decision the Trump administration made about DACA, Liliana quickly feared the uncertainty of her life in America.

The DACA immigration program was introduced by President Barack Obama and his administration in 2012 to protect undocumented immigrants who entered the United States as children, receiving a renewable two-year reprieve from deportation and a work permit.

According to Liliana, she came to the United States from Mexico in 2007. Her parents were hoping to give their children a stable life.

Not speaking a word of English, she soon had to learn the language as she began first grade in a new country.

Being a DACA recipient, removals are deferred, but it wholly does not grant citizenship to immigrants, also known as “DREAMers,” according to the Department of Homeland Security. The program applies to undocumented immigrants who arrived in the U.S. before they were 16 and were 30 years or younger as of 2012.

Now with Trump’s decision to rescind, U.S. Citizenship and Immigration Services stated any undocumented immigrants who are not registered as DACA recipients cannot apply, but recipients who are registered have until Oct. 5 to renew their cards. Liliana’s is waiting for her new two-year renewal card to come in.

After settling in America, Liliana found herself overpowered by culture assimilation. She had no interest in being in Corpus Christi; the social status, clothing and language intimidated her.

Even after 10 years in America, Liliana still feels out of place and ashamed of being an undocumented immigrant. She said she feels people would treat her differently if they knew.

“There’s always a fear of what people are going to think of me. My greatest fear is being around people where they’re going to discriminate me because I’m illegally in this country,” she said. “There are people who don’t accept me.”

Andrew Martinez, a history teacher at Collegiate High School, is concerned for students who might be affected by DACA.

According to Martinez, it would be sad to see students go back to a place they hardly know or remember.

“All of our students are so productive and they’re citizens who have never given us any problems,” Martinez said. “So for people to merely typecast them or stereotype them as being trouble or a burden on our system, which they’re not, then I think is unfair to them. They deserve every opportunity that Americans deserve,” he said.

A Collegiate High School senior, Gicell Montero, plans to earn a career as an immigration attorney, so no child or person has to be separated by their family due to deportation.

“About five years ago, my dad left to see his father (in Mexico) and because of immigration he couldn’t come back. My dad was my role model and I don’t want any child to go through that, nobody deserves to be separated from their family,” she said.

President Trump and Democrats have agreed to cooperate on a plan to allow DACA recipients to stay in the country. However, few details have been discussed.

With still high unpredictability with the program, Liliana wants to continue her education in America, where she can attain her goals as a DREAMer, but is still shocked with distress from hinders of the past month.

“As DREAMers we want to pursue a higher education and hopefully achieve for the best and work harder to be able to achieve those goals that our parents were not able to have,” she said.

In the state of flux, Liliana said she will continue to try because this opportunity could vanish, as she started to cry, thinking of what could be.

“I think about it as an everyday challenge where I’m not going to have an education anymore,” she struggles to say. “Just thinking about waking up one day where you don’t have those dreams anymore and everything goes back to black.”