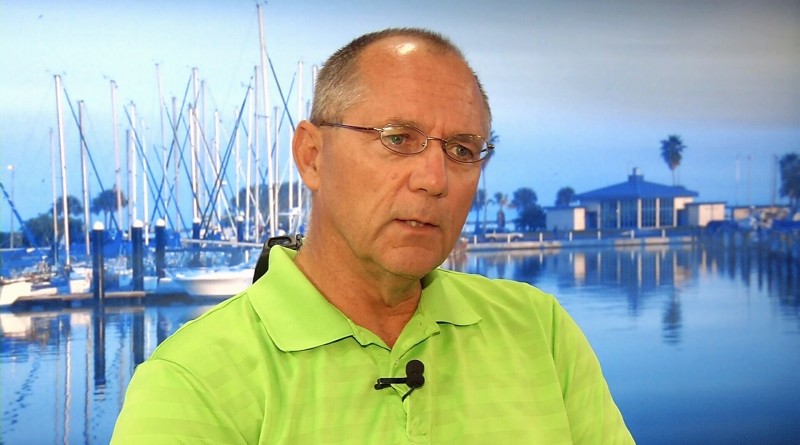 Dan McQueen, the former Corpus Christi mayor who infamously resigned after 37 days in office, wrote a book, although reading it is much closer to an experience.

I could write an entire thesis on the book, there is truly so much to talk about. But let’s start with the cover.

The cover of “37 Day Mayor – Truth – FAKE-NEWS – America’s Future” reminds me of a fake magazine cover that I had to make in my sophomore high school computer class with Microsoft Word (yes, not even Paint). I got a B on the assignment out of pity; a pity B. This cover reminds me of my pity B. Not only is every phrase on the cover in different and rather conflicting fonts/colors, but there are what I can only call “previews” of ideas in the book, making it look like a bad magazine cover (re: pity B). The background is of downtown Corpus Christi, with a picture of McQueen as well as a drone; however, the drone is covered up by “FAKE-NEWS” (we will discuss the all caps FAKE NEWS shortly).

Inside, the dedication of the book isn’t a typical “to mom,” but a rather threatening and demeaning poem that you find on an overpriced plaque in Hobby Lobby that basically says you’re trash if you aren’t a veteran (by trashing reporters, politicians, lawyers, preachers and for some reason campus organizers).

The preface is a good example for what follows: It is not well organized, kind of demeaning and full of excuses. The book could be called: “Here is why it is not my fault that I quit after 37 days, but instead it is FAKE NEWS’ fault and also my daughter’s wedding” (yes, that is a real reason he listed for resigning).

If you’ll notice I capitalized the FAKE NEWS, to keep in theme with McQueen himself. EVERY instance of the phrase FAKE NEWS is capitalized in the book for no explainable reason. Even when he casually drops the phrase it is on the page in full caps, like he is trying to hypnotize you into taking his side and hating the media.

I would review what he writes about but after reading the book nearly twice I honestly don’t know what I read. The tangents lead into more tangents about niche subjects that very few people would even know of. Honestly, if you know nothing about the military or Corpus Christi politics and unless Dan McQueen is your hero, the book will mean nothing to you. If you enjoy a man who loves talking about FAKE NEWS and how he is going to fix everything, you probably will love this book.

Although I give the man credit: It takes guts to resign from one of the city’s most high profile positions after being caught lying and writing a 150-page book about why nothing is your fault. McQueen promises that he will write more books and I’m excited because I had a good laugh reading this one.