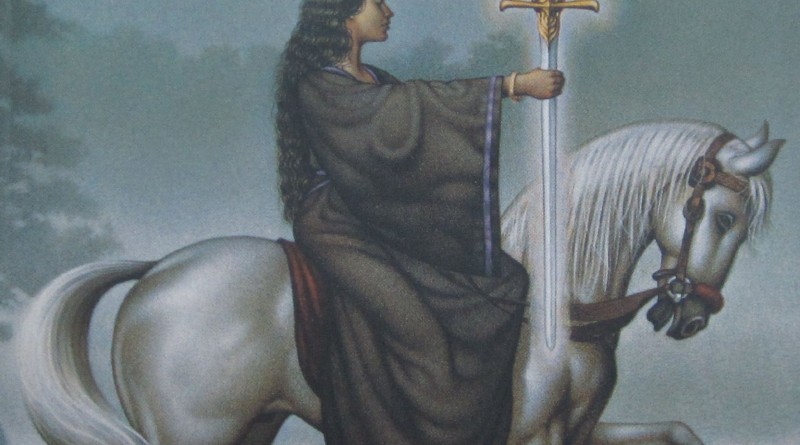 The tale of King Arthur and Camelot has been told in books in many different versions, mainly through the eyes of King Arthur himself, and sometimes by the magical Merlin. But the story takes on a new and unique perspective in “The Mists of Avalon,” which tells the Arthurian legends through the woman’s point of view.

The story is mostly told from the eyes of Morgaine, also known as Morgana and Morgan Le Fay. She is usually depicted as the evil sorceress who aids in the destruction of Camelot and King Arthur’s death, also known as the Goddess of Avalon. In the book, she is presented as a woman with incredible, unique gifts and a woman of immense power to either destroy or build anything in her path. But every legend must have its beginning, and the first women we get to meet in this version of the story are Viviane, the high priestess of Avalon and mother of Lancelot, and her sister Igraine, mother to Morgaine, and later Arthur.

Viviane foresees Igraine to bear a son that will save the island of Camelot, but to do so she must cheat on her husband with Uther Pendragon, a warlord who becomes the King of Britain after killing Igraine’s husband and impregnating her.

After Arthur is born Morgaine is mostly ignored by both her mother and Uther, who dote heavily on Arthur, until an attempt of murder is made on his life. Auntie Viviane arrives, and advises Uther to have Arthur fostered away from the court for his own safety, and to let Morgaine come with her to Avalon to be trained as a priestess of the Mother Goddess. From here, Arthur trains to be the next king, and we follow Morgaine’s journey to becoming the next Lady of Avalon.

The book shares intimate and romantic views of pagan rituals, life and customs that make you wish that there was a land called Avalon you could escape too.

After Uther dies in battle against the Saxon invaders, Arthur’s story begins as he claims the throne of Britain. Since Arthur must now defend Britain against the Saxons, Viviane has Morgaine make him an enchanted scabbard that will prevent him from losing blood and gives him the sacred sword Excalibur. With the power of Avalon and his followers, Arthur protects Camelot. But back at home, his wife Gwenhwyfer cannot produce an heir, and she believes it to be the consequence of sin for her lust for Lancelot, and Arthurs association with Avalon, and when Morgaine makes her way back into the court things really start to unravel.

There is so much more in between the lines, but the story is so well thought out with every twist and turn, that I recommend you read the book and see for yourself how elaborate the woman’s story is told by the author, Marion Zimmer Bradley.

As a fan of the all the Camelot’s legends, this one particularly has a special place in my heart.