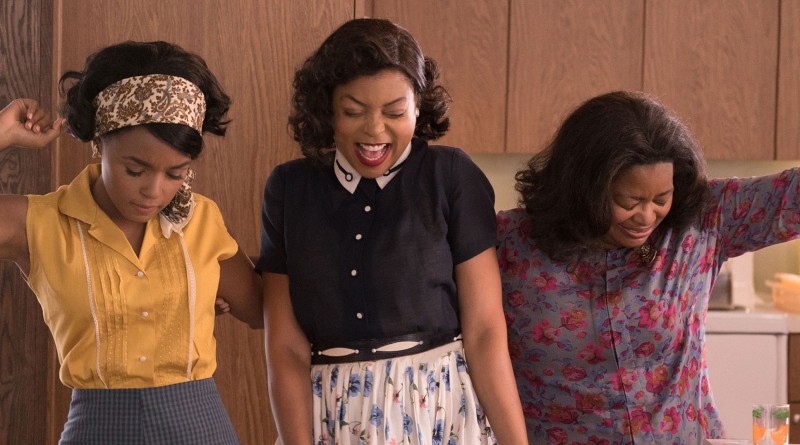 Del Mar College recently hosted a screening of the hit film “Hidden Figures” in the Retama Room on East Campus, but it wasn’t just for entertainment.

The screening, part of a contest put on by 21st Century Fox and AMC Theaters, included a curriculum guide in hopes of starting a “social impact” among the institution, students and educators.

“They just don’t want the viewer to go to the movie and watch it,” said STEM science adviser Leticia Wilson. “They want to be able to analyze it make it very relevant to their subject they are teaching.”

Regardless of the subject, faculty and staff used the curriculum guide to start a conversation and apply what they learned to their classroom to make it relevant to what they are teaching.

The screening was the result of an application from the Department of Natural Sciences to 21st Century Fox and AMC Theaters for a free screening back in February. Because of high demand, Del Mar was not granted the screening.

However, AMC and 21st Century Fox were impressed by the application and granted a special screening here on campus with an educational curriculum.

“They said even though we didn’t grant you the tickets, we were so impressed by your application, we’re going to allow you to do a free screening at your institution,” Wilson said.

The screening was held Sept. 29 with help from Student Leadership and Campus Life.

Many attended the screening to enjoy a feel-good film on a nice Friday night while taking some positive vibes with them after the film.

Mays’ interest in science fiction sparked his interest with space travel and the science behind it as seen in the film and he also learned a lesson.

“It’s an inspiration to go to work to contribute to the progression of society,” Mays said.

Wilson’s main goal of the screening was to make students to feel inspired and find the “hidden figure” within themselves.

“They can be the pillar that we’re looking toward in the future,” Wilson said. “The future generations will have them to look up to, so I want them to find the hidden figure within themselves.”