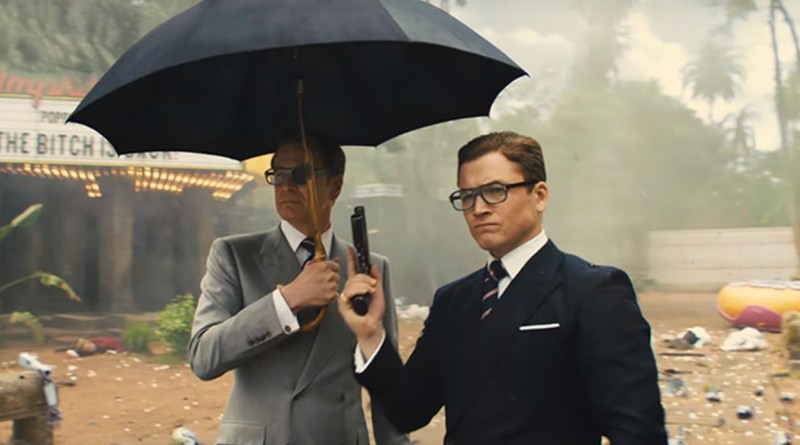 Get ready to dive into the world of super spies, gadgets and English manners in “Kingsman: The Golden Circle.”

Matthew Vaughn returns as director, marking the first time he’s directed a sequel. The first film, “Kingsman: The Secret Service,” was a surprise hit in 2015, leaving audiences eager for the next film. With Vaughn returning, things seemed to be on the right track, and for the most part, they are.

When an underground drug cartel known as the “Golden Circle” led by Poppy Adams (Julianne Moore) wipes out the Kingsman headquarters, agents Eggsy (Taron Egerton) and Merlin (Mark Strong) become the last remaining agents. They head to Kentucky to partner up with their American cousins known as the Statesman to stop Poppy from wiping out millions by poisoning recreational drugs.

The action and directing are once again slick and stylish, showing that Vaughn hasn’t lost his touch with filming these fight scenes. The film’s cinematography even looks gorgeous at times as certain scenes look real dazzling.

Moore’s portrayal of Poppy is one that gets under your skin as she comes off sweet and upbeat in her tone, but in her eyes it’s pure evil. She’s like Martha Stewart if she were a sociopathic criminal with an obsession with the 1950s and does a great job with her character.

There is a cameo from a certain famous singer with a piano and when he appears he steals the show, including a scene at the end that shows he’s “still standing.”

Many people felt revealing Colin Firth’s return as Kingsman agent Harry Hart after his fate in the first film gave away the surprise and ruined the film. Thankfully this isn’t the flaw of the film as Firth’s return is a welcome one, but the one that doesn’t get much screen time is Channing Tatum, who is one of the new cast members in the series.

His character showed promise with a strong introduction, but then gets sidelined almost immediately and is a letdown considering his character was highly advertised in the previews. The film also suffers from being a bit too long than it should be, clocking in at 2 hours and 21 minutes, making it 12 minutes longer than the previous film.

“Kingsman: The Golden Circle” manages to be an entertaining sequel with great action sequences and cinematography despite some of its flaws. Vaughn plans to make this series a trilogy and with two solid films it’s safe to say this won’t be the last we see of the Kingsman.