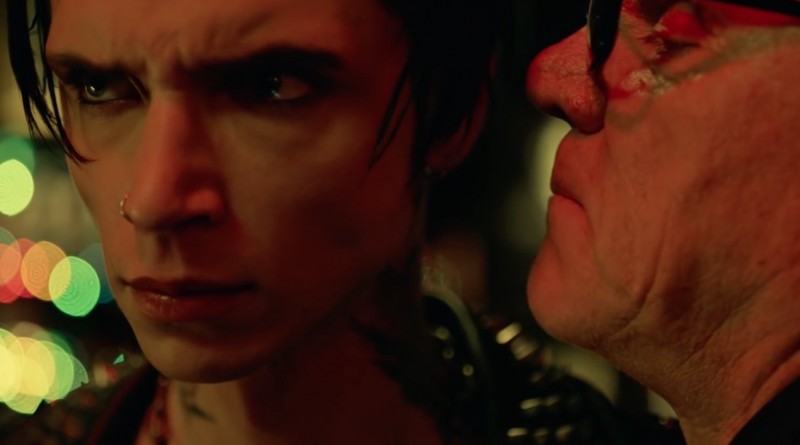 Johnny Faust and his friends drop out of school and move to Hollywood to start a rock band and make it big in “American Satan.” After they encounter the devil, what comes next will change their lives forever.

The entire film is a ride and a battle between God and the devil for the souls of Faust and his friends.

The devil, played by Malcolm McDowell, gives them everything they ever dreamed of and asks for nothing in return. He tells the band, “Remember when Van Halen wrote ‘Running with the Devil’? I was there. Remember when AC/DC wrote ‘Highway to Hell’? I was there.”

Once the Relentless makes the agreement with the devil there is no going back.

The devil tells them nobody needs God. Religion is the thing that divides humanity but music is what brings us together.

As music legend David Bowie once said: “Rock ’n’ roll has always been the devil’s music. You can’t convince me that it isn’t.”

Furthermore Ozzy Osbourne, the frontman of Black Sabbath, said, “I was truly convinced that I was possessed by the devil.”

A handful of rock stars sometimes can’t explain what came over them so they just went with it through the years like Led Zeppelin or Prince.

Something strangely similar and not for the faint of heart happens to The Relentless. The devil only wants one thing in return from Faust and his friends, and that’s their life.

I greatly enjoyed McDowell as the devil. His performance was stellar. “American Satan” is a perfect portrait of a rock band and their journey from stardom to somewhere else entirely.

This movie will truly keep you on the edge of your seat and leave you wanting to meet the devil, and is a true test of faith, and in the end you’ll say, “God bless America.”