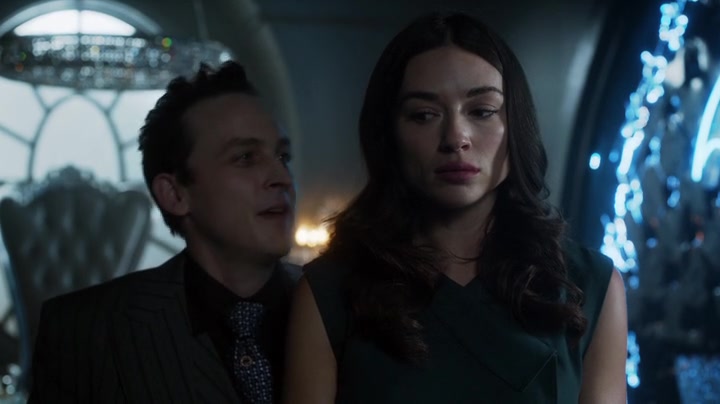 Finale sets up battle between Bruce Wayne, the Joker

Bruce Wayne continues in his ignorance, ignoring reason and discipline, and drinks and parties like a young adolescent. Alfred is forced to get into an altercation with Bruce, forcing Bruce to fire him and Alfred to relinquish his duties as legal guardian. Bruce is still reeling from the fact that he killed Ra’s Al Ghul.

Sofia continues to manipulate James Gordon and the GCPD.

Professor Pyg, the villain for Season 4, and Sofia team up in a conspiracy to kill her father and blame Cobblepot.

Cobblepot is unaware about the murder, seeing as how he has always respected Falcone. Why would he kill him and risk losing Gotham?

The finale comes down to one main point and that is both Penguin and Sofia Falcone fighting for the soul of Gotham.

Cobblepot started an orphanage earlier in the season and befriended a boy named Martin. He coaches Martin to spy on Sofia. Eventually he has to fake Martin’s death because Sofia wants to kill him. Victor Zaz turns on Penguin and tells Gordon that Penguin murdered Martin (Victor used to work for Falcone).

This is what lands Penguin in Arkam Asylum, where the last scene of the episode is worth every bit of screen time. Penguin finally meets the Joker, Jerome Valeska.

I really like Taylor as Penguin because he plays the character with such emotion and the same goes for David Mazouz as Bruce Wayne. Their character arcs are complex and interesting.

Cameron Monaghan is the best Joker I’ve seen since Heath Ledger’s portrayal in the Nolan films.  I can do without Crystal Reed as Sofia Falcone. Her character to me is the same old strong woman lead that’s been done before over and over.

The ending scene was the best part of the episode. I’m excited for 2018.

What do the Penguin and the Joker have in store for Gotham next year when “Gotham” returns to Fox in 2018?

One thing is for sure — Bruce will be involved in taking on the Joker and this will be the first glimpse we see of Batman vs. Joker.