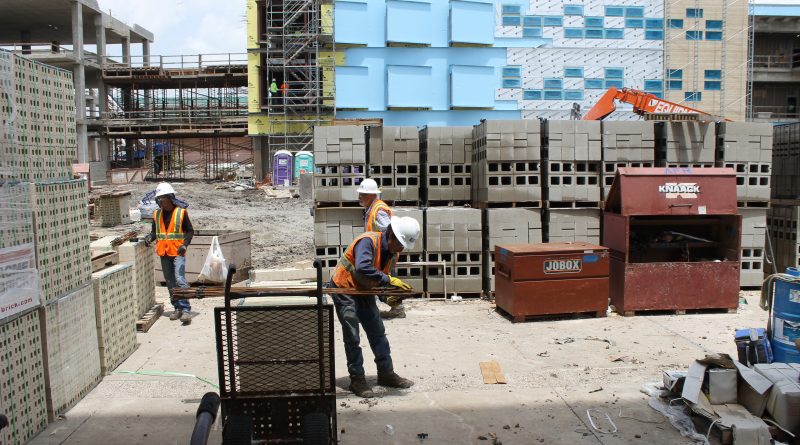 Completion of the new General Academic and Music Building Phase II is expected in March 2019, with staff moving into the building soon after. It should be ready for students by August.

New East Campus facility expected to be complete in spring

By this time next year, students will likely have another 127,000 square feet of learning space with the new General Academic/Music Building Phase II.

Construction of the $46 million building began in summer 2017 after the demolition of the English Building.

Since then, students have been limited to the perimeter of the construction zone when getting to and from class. With the work also eliminating about 100 parking spaces, Del Mar College last year introduced Viking Stops, where a golf cart will pick up students in lots by the Venters and Science buildings and take them to other parts of campus.

“Each stop was selected to minimize the on-foot trekking while also enabling the drivers to reach south and north ends of the campus in an efficient manner,” Rito Silva, vice president of Student Affairs, previously told the Foghorn News.

Construction of the new academic/music facility is expected to be complete in March, with the building ready for staff in May and students in August. Crews have not experienced any delays since Hurricane Harvey, according to Augusto Alfonso, Del Mar’s IT director, who is overseeing the project.

The work, part of a $157 million bond package approved by voters in 2014, also includes several other projects at both East and West campus.

Renovation of the Harvin Center and White Library, as well as the demolition of Heritage Hall, is planned for East Campus. West Campus will see a new Workforce Development Center and Emerging Technology expansion.

Both West Campus projects were heavily affected by Hurricane Harvey, Alfonso said, but the college still hopes to have them completed in spring 2019.

“We are working closely with our construction management firm and general contractors to get the projects completed as planned,” Alfonso said.