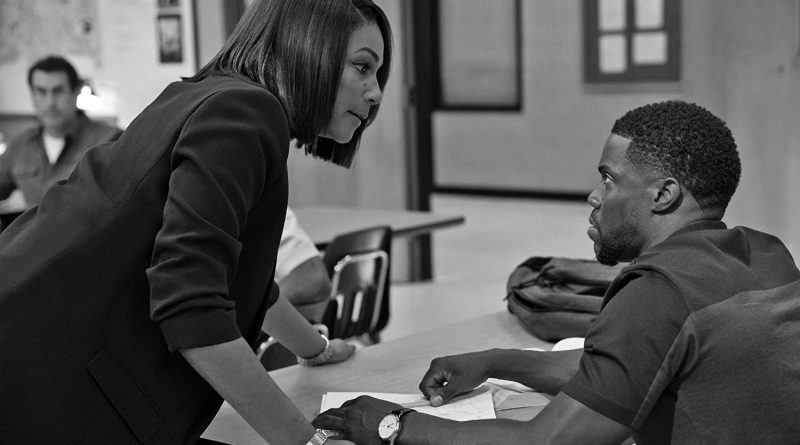 To tell one lie, you must tell another lie to cover up the first one, and eventually you catch yourself in a web. That is just what Teddy Walker (Kevin Hart) feels in the film “Night School.”

This comedy, directed by Malcolm D. Lee, centers around Teddy Walker and his experience in the GED night school program.

A sensational cast including Tiffany Haddish, who plays his teacher, along with Rob Riggle, Anne Winters, Mary Lynn Rajskub and Romany Malco playing his classmates, accompany Kevin Hart to create a film relatable to adults of all ages.

This movie hit theaters Sept. 28, quickly becoming a must-see for all adults.

Teddy Walker is a high school dropout who somehow managed to make it to the top as a salesman and have the prettiest girl around his arm when he did it.

All of that abruptly changes after the company he works for blows up on his account, leaving him unemployed.

Teddy thinks his ways of persuasion will encourage the principal of his former high school to just “sign him off” so he can get going. He is quickly shocked to see that the principal is his arch nemesis who he hadn’t seen in 15-plus years, so getting a signature would be anything but easy.

The audience watches Teddy create bonds with his other classmates and sees that in lying he hurts those around him.

I thoroughly enjoyed the movie mostly because of my attraction to Haddish. Her acting is hilarious and just makes you want to keep laughing.

I think that much of the comedy can be seen in the supporting roles (Teddy’s classmates) more than the main role (Teddy).

The movie attracts all adults because it’s a classic comedy of the older generation trying to understand and collide with the current generation.

The topics of discussion that can be seen mostly in young adults and college students are trying to be understood by adults who are over 30 years of age, making it frustrating on their part and endless laughs for me.

Another thing to also help aid this generation collision was the soundtrack. Songs ranged from late ’90s to current day hip-hop.

There is no exaggeration when I say that this movie will have you laughing the whole way through. The chemistry between the cast is incredible, almost as if they had been working together for years.

It’s the perfect movie to either see with friends your age or with someone either younger or older than you. It’s simply the perfect blend of the new generation and the old one.