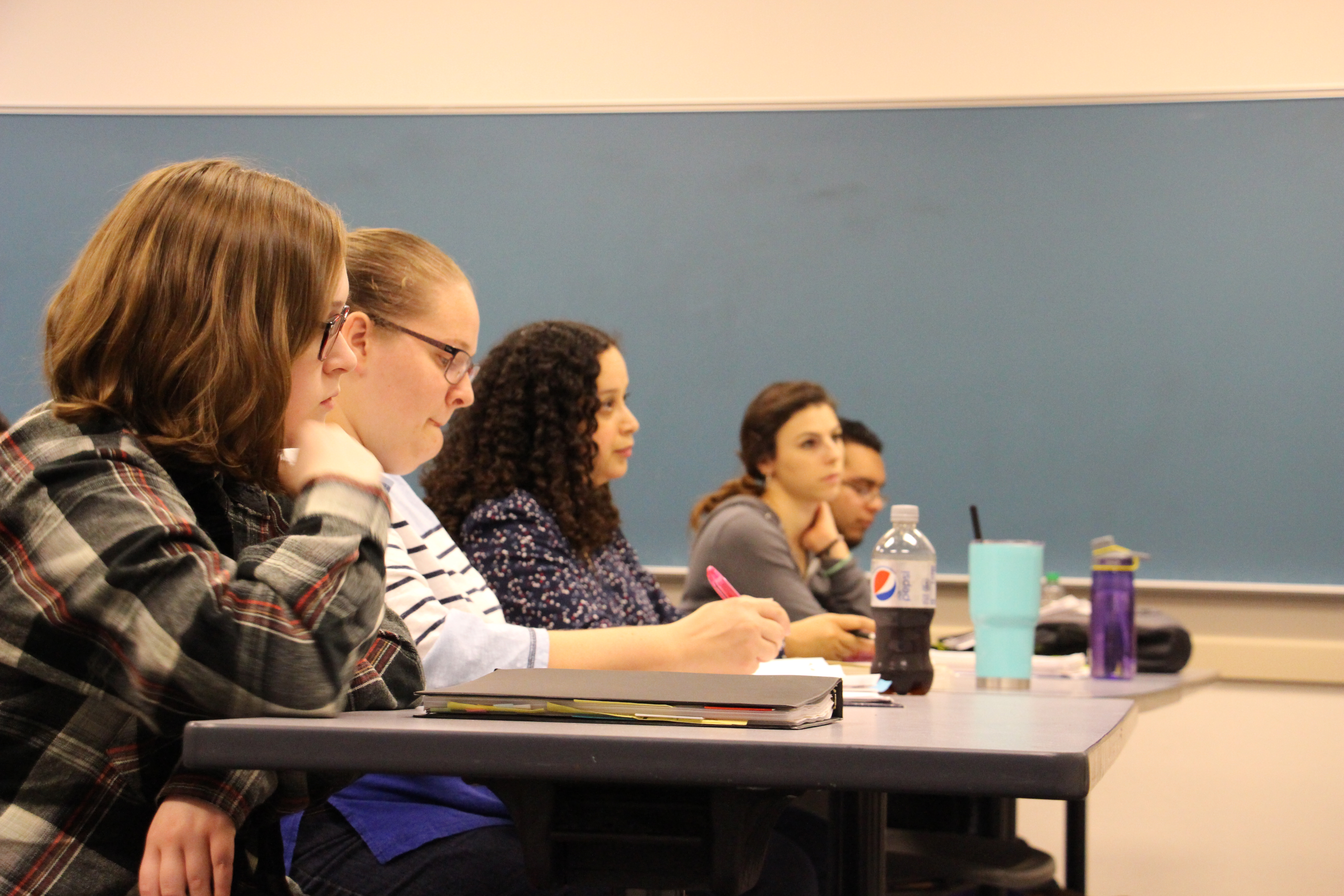 More than 85 percent of college students have cheated in school, according to a 2017 study.

Many professors at Del Mar will give the student a failing grade if caught cheating. Assistant Professor of English Emily Shearer Stewart is one of them.

“I have a conversation with the student first,” Stewart said. “Being in English, cheating in my class usually involves plagiarism.”

Stewart said she checks to see if it was an accident by the student not understanding how to cite proper source material.

“There are a lot of thing that go into that conversation,” Stewart said. “If someone has cheated, my policy is that I give a zero on the assignment. They have to revise the assignment in order to remain eligible to pass the course, but they will not get credit for the assignment.”

Ken Rosier, chairman of the Department of Art and Drama, surprisingly has had students cheat in his sculpture class.

“My classes are based on object making and I know when students present work that is not theirs,” Rosier said. “After working with students for 16 weeks I pretty much know what they are capable of.”

Rosier said he calls students out on their cheating.

“I tell them that I don’t think it’s theirs,” Rosier said. “I’m not that vindictive, but in that instance their grade will be diminished accordingly. There’s a policy you can use to charge a student with that kind of cheating, but I’ve never had to do that.”

The forensic accounting firm Kessler International, in its 2017 study, found that more than 75 percent of students admitted to copying someone else’s assignment word for word. A Del Mar College drama major admitted to cheating last semester on an essay.

“I was up all night trying to figure out how I was going to finish my history essay,” said the student, who wished to remain anonymous. “I ended up looking up a bunch of summaries on Ronald Regan during the AIDS crisis and pieced them together while using a thesaurus to change some of the words.”

When asked if he still cheats, he said no, but it’s not impossible.

“I’m not saying I will never cheat again,” he said. “I just haven’t needed to since that one time. I just make sure I don’t procrastinate so that way it won’t come down to me cheating.”

A psychology major also said she cheats regularly during her math course.

“I sit in the back on purpose to cheat,” the psychology major said. “I’m terrible at math, but my major requires one semester of math.

“I usually write the equations I don’t remember on my bottled water. Or sometimes I’ll write them on my wrist with my watch covering them.”

While cheating does not seem like it will end anytime soon, most students don’t see anything bad in cheating. The survey found that more than 95 percent of students had never been caught.

“I get it: cheating is bad,” the psychology major said. “But if I get caught, that’s on me. For the mean time though, I’m still going to cheat.” 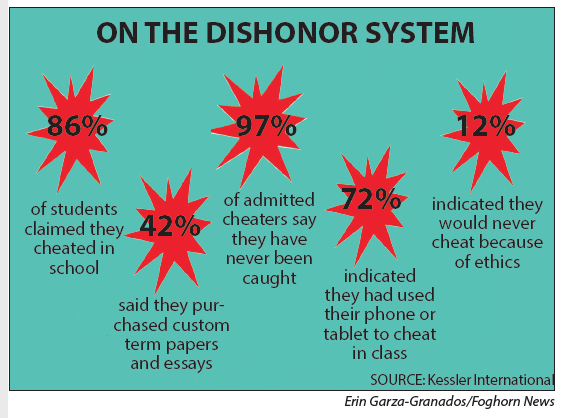