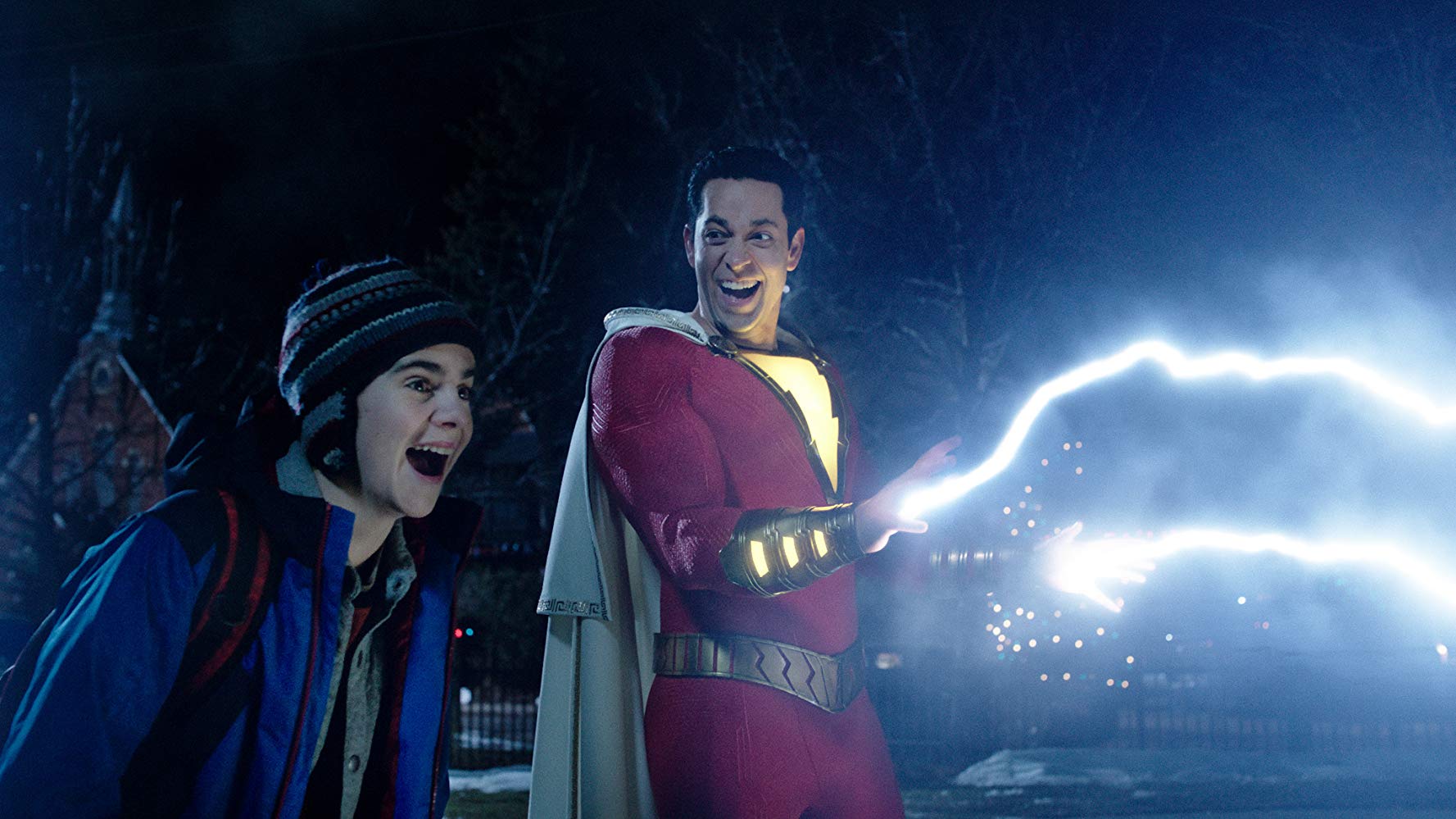 With just one simple word, “Shazam,” teenager Billy Batson transforms into the superhero Shazam, formally known as Captain Marvel. With him not being a well-known superhero, this new film from DC is able to be breath-taking and inspiring in an unsuspected way.

The movie begins with a young boy, Thaddeus Sivana, on a road trip with his older brother and father. Thaddeus is unexpectedly transported to another dimension where he encounters the ancient wizard Shazam, the last of the Council of Seven Wizards. Shazam has been searching for centuries to find a new champion to take his place, but Thaddeus is tempted by the Seven Deadly Sins that Shazam is guarding and is deemed unworthy and sent back to Earth.

Now in modern-day Philadelphia, Billy Batson, played by Asher Angel, is searching for his long-lost mother when he gets placed in a group home with five other foster kids. Used to being on his own, Billy doesn’t attempt to make any connections with them. Meanwhile, an older Thaddeus, played by Mark Strong, has been spending his life trying to find a way to go back to the dimension to partner with the Seven Deadly Sins and obtain the Eye of Sin, the vessel for the sins.

At Billy’s new school, he saves his foster brother, Freddy Freeman, played by Jack Dylan Grazer, from a pair of bullies who were attacking him. He then gets chased into a subway where he is transported to the Rock of Eternity where Shazam is located. Shazam gives Billy the same speech he gave Thaddeus, only this time Billy is considered to be “pure of heart.” He says Shazam’s name and is turned into an adult superhero, played by Zachary Levi, with the powers of electricity manipulation, invulnerability, super strength, speed and flight.

From then on in, Billy tells Freddy of his new identity and they both test Billy of his new powers. Chaos ensues when Thaddeus is able to retrieve the Eye of Sin, and Billy must decide if his new family is worth saving.

With the film being nearly two and half hours long, there is never a dull moment. Something interesting, hilarious or action-packed is always happening to where the audience is captivated. Before “Shazam!” there had not been a good movie from DC since 2017’s “Wonder Woman.”

This film is great for the family, a date or even if you want to escape from the real world for a moment. “Shazam!” reminds us that superheroes are for kids. They’re people running around in underpants over their spandex with cool capes. They do the right thing every time because it’s what they’re destined to do. In a way, superheroes exist in a narrative way to teach and bring out the best in us.