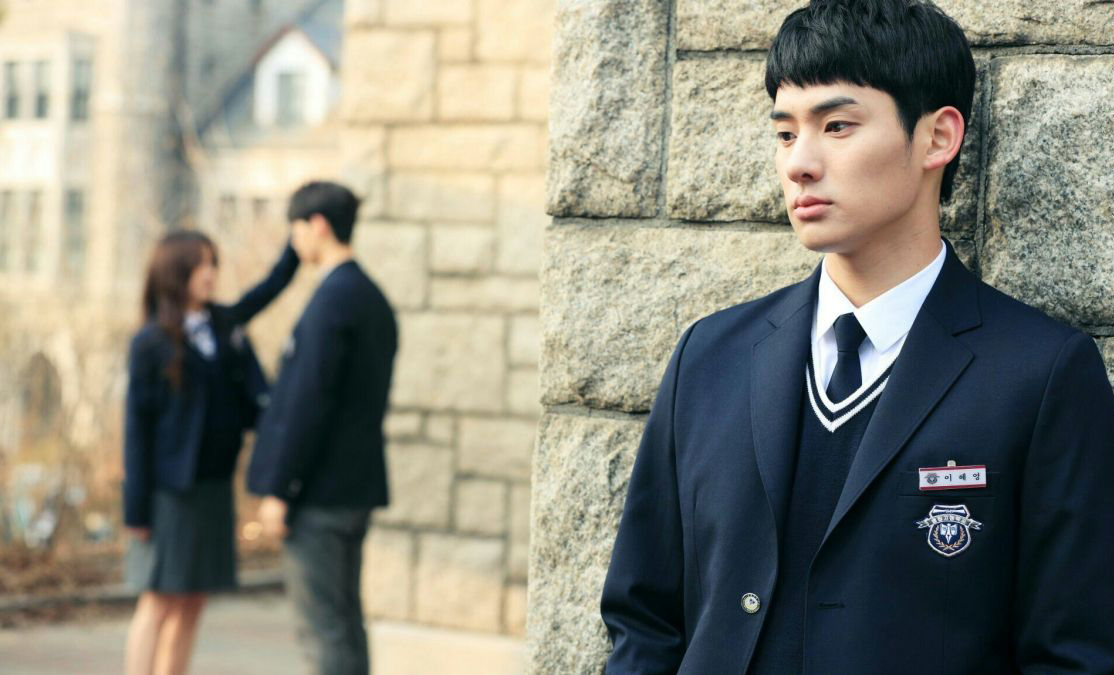 In a world where people rely on technology to control there lives, a South Korean love story, “Love Alarm,” made its debut on Netflix in late August, feeding hopeless romantics.

In this new romance, Kim Jojo was just a teenager, living with her cold-hearted aunt and wanna-be famous cousin Park Gul-mi. Kim Jojo is stuck repaying her aunt, working at her convenience store, from the disturbing incident that led her parents to commit suicide. On top of that, she was working another job to stay in high school and also keep her grandmother on bed rest while she is still alive.

In this love triangle story, a developer came up with an app called Love Alarm, and if anybody had liked you within a 10-meter radius, the love alarm would ring with a heart. Everyone at school had downloaded it except a few, including Kim Jojo. The app became so popular that it was all that people relied on and talked about.

A well-known and attractive young model, Hwang Sun-oh, started attending the high school and every girl rang his love alarm, which did not matter to him. Alongside him, Lee Hye-yeong, had been a best friend since they were very young and stuck by him since his mother worked for Hwang Sun-oh’s family as a housekeeper.

Kim Jojo uses the bus as transportation and one night, Hwang Sun-oh notices her boarding the bus, admiring her beauty, growing curious about her. At the same time, Lee Hye-yeong rides the bike home and happens to stop by the bus stop and notices her. Both Lee Hye-yeong and Hwang Sun-oh developed a crush on her.

Hwang Sun-oh, being the cute model and all, figured out that Lee Hye-yeong had noticed her but took every chance he had to get her to notice him. Eventually, Hwang Sun-oh and Lee Hye-yeong confronted each other about Kim Jojo, which ended with Lee Hye-yeong to deny his feelings because he cared more about Hwang Sun-oh. After getting the OK to continue to pursue Kim Jojo, Hwang Sun-oh convinced Kim Jojo to download the Love Alarm app to prove his interest in her.

The show consists of many flashbacks and fast-forwards to the future, showing how Love Alarm changed society. As the Love Alarm prepares for its new version, Love Alarm 2.0, there had been an incident that involved a group of people committing suicide due to the impact of knowing that nobody liked them.

This new series hits on many topics such as the struggles of having self-love, confidence, courage, strength and, of course, love. There were other mini character stories that showed different impacts that Love Alarm had on people, such as broken hearts when revealing that the person you love doesn’t love you back.

Having an app that lets you know who likes you and who doesn’t like you is a bit dramatic. The world today is so reliant on social media that we are already experiencing the same problems as featured in this series.

Season one of “Love Alarm” is now available on Netflix, and the show has not yet been renewed for its second season.