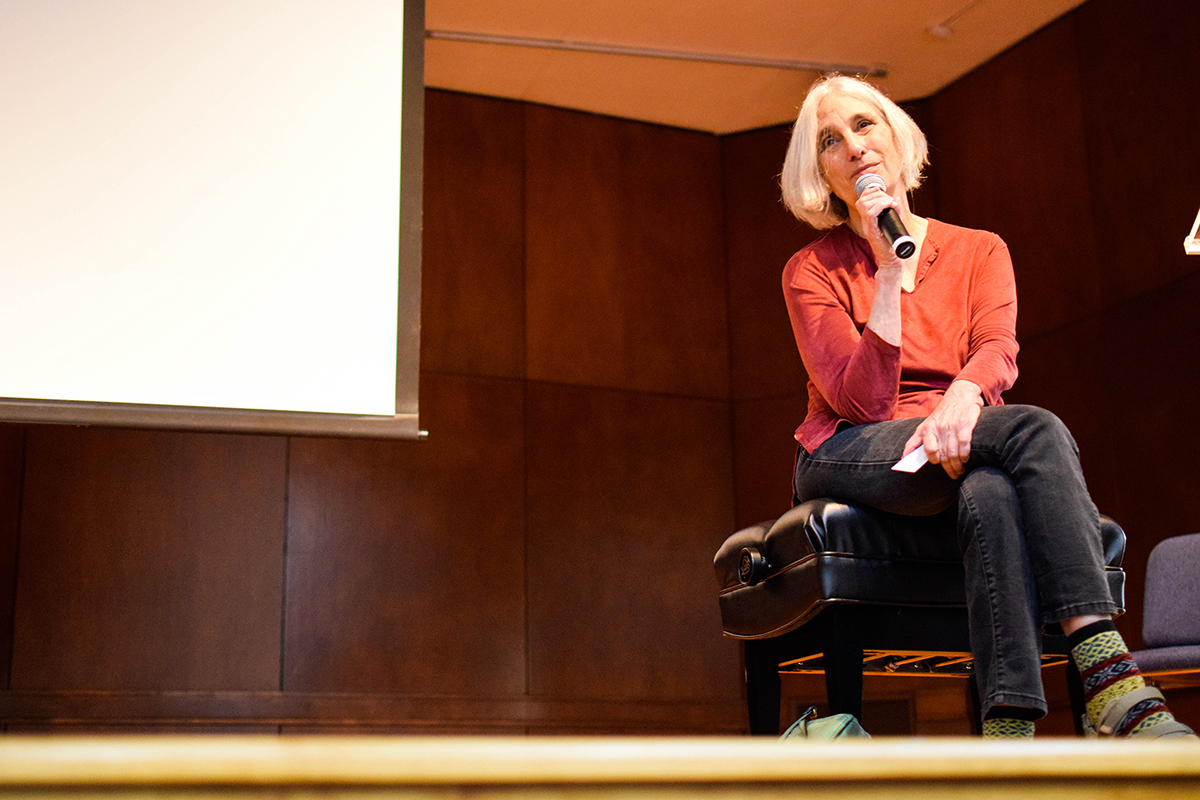 Community members from across the Coastal Bend area gathered for a daylong Social Forum on Nov. 9 at Del Mar College to hear about the importance of activism, how activism has impacted our society and how to get involved locally.

To kick off the event, Lisa Fithian spoke to guests via video chat because she was in Washington, D.C., protesting for the impeachment of President Donald Trump. Fithian is a political activist and protest organizer who has been working for social change since the 1970s. Fithian spoke to students and community members about her newest book, “Shut it Down,” and the importance of uniting to protest against societal and political injustices.

“But I would say that every single one of you in this room is an amazing person too. And I don’t know you and I can’t see your faces well in this moment, but I bet many of you have a long history of organizing as well of standing in your power. But we need to figure out how do we go beyond that core,” Fithian said.

While Fithian did mention her current projects, she spent most of her time encouraging guests to unite and figure out ways to keep up the momentum of whatever movement they are a part of despite any obstacles or setbacks. She discussed the systems of power, which she said seek to oppress people and create fear of taking action. However, she also spoke on taking on that power to unite and fight.

“There’s power with, which is that collective power, that networked power, that power we see when we come together in the streets and when we rise up. And it’s in that place of power that we self-organize and we start taking care of one other,” Fithian said.

At Fithian’s lecture, attendees were given the opportunity to ask her questions. People took advantage and asked questions about handling fear in activism, how to get over failed actions as well as shedding light on other social issues in the Coastal Bend.

Corpus Christi resident Donald Ganer asked about how to keep fear from hindering community members from protesting the petrochemical industries, which dominate the labor force in South Texas.

Anne Lewis was another guest speaker who attended the forum. Lewis is a filmmaker who showed attendees her documentary “A Strike and an Uprising in Texas.”

The film documents the 1938 Pecan Shellers Strike in San Antonio and the 1987 Jobs with Justice march in Nacogdoches, which was organized by cafeteria workers, groundskeepers and housekeepers.

Lewis first became intrigued in labor issues while living in Kentucky. This interest eventually led to the creation of the documentary she showed at the forum.

Lewis also answered questions from audience members. During the Q&A session, audience members got involved in discussions concerning local issues such as the harsh conditions found in colonias and how community members should start to take action against other issues they see as wrong.

Along with guest speakers there were also breakout sessions during which experts talked about topics such as reproductive justice, prison abolition, health care for all, protest music and immigration reform.

Recently, immigration in South Texas has been a hot topic in local and national news. To speak on the issues concerning immigrant rights, three local nonprofits spoke about the problems they have noticed and how their organizations are working to correct these issues.

Nancy Vera, vice president of the South Texas Human Resource Center (STHRC), spoke about the program’s dedication to retrieving the bodies of immigrants who have lost their lives while crossing the border to America and reuniting them with their loved ones.

“Some of them don’t make it. Some of them die. And we found bodies, corpses with a cellphone in one hand that’s run out of battery and a rosary in another,” Vera said.

“It’s very sad to retrieve the bodies. It’s very sad when we find the bodies in such deplorable conditions. But what’s worse is that before the South Texas Human Rights Center, they were taking the remains of the people and they were putting them in bags and stuffing them in graves so that there were mass graves found in the Falfurrias cemetery with bones in grocery bags. They found 200 in one mass grave; 200 bodies of people who they didn’t know their names and who died without any dignity. It’s as if they never lived.”

STHRC hopes to end these deaths by advocating for immigration reform and helping immigrants stay safe by setting up water stations and having search and rescue teams. Rebecca Sanchez from Grassroots Leadership spoke about the criminal justice and immigration reforms the organization is working on in Austin and how their work has impacted the city. Beatriz Alvarado from RAICES in Corpus Christi also joined the panel and spoke about their work helping immigrants with legal services.

The 2019 Coastal Bend Social Forum had more than 100 people attend. Along with guest speakers and breakout sessions, local organizations also gathered to give their information and get those who attended involved in their causes.