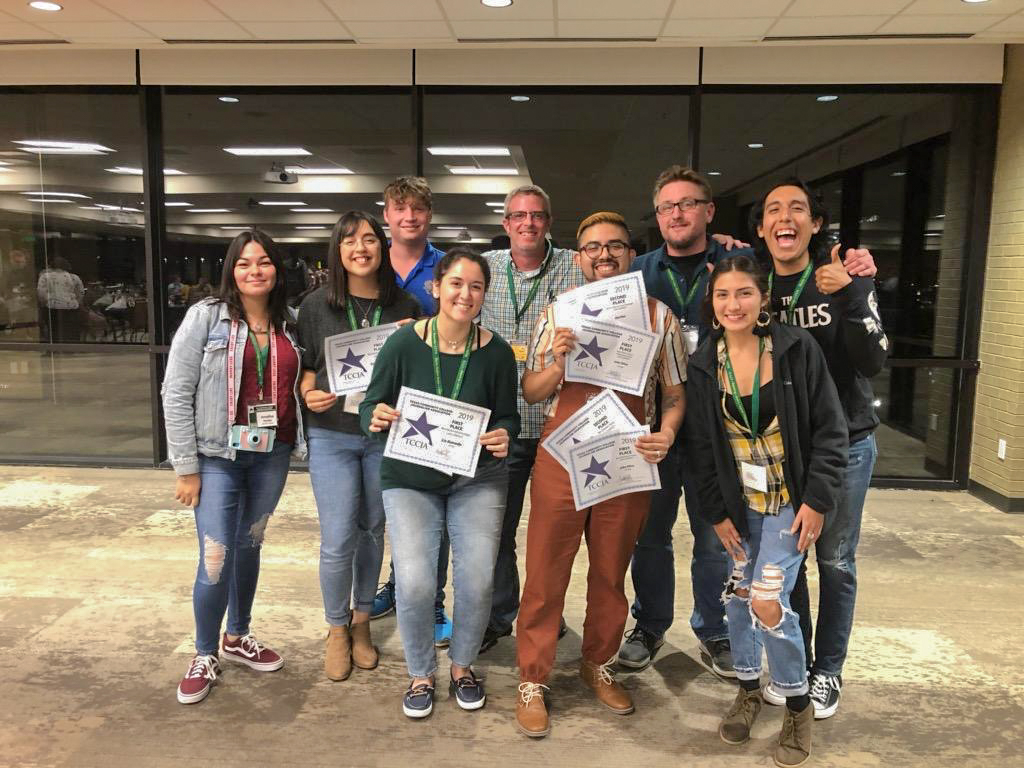 Del Mar College and other two-year schools from around the state competed in a live multimedia journalism contest and attended several workshops at the annual conference, held Oct. 18 at Baylor University.

Foghorn News staffers won seven awards in the live contest, including five for first place and two for second. In the contest, students were taken to a mock domestic abuse situation that ended in a staged fatal house fire.

“It was very cool, I loved the experience. It was exciting yet very stressful,” said Liz Acevedo, a reporter for the student newspaper who, along with Managing Editor Sam Gutierrez, won first place for Best Multimedia Package.

Students also received several awards for work published during the 2018-19 academic year, including former Editor-in-Chief Cat Herndon, who was awarded first place for Best News Story. Her story involved an exclusive interview with Adrian Clark, an associate professor of political science who was criticized heavily online, including by the Texas governor, after posting a comment during a Beto O’Rourke campaign rally that was being livestreamed on Facebook.

Other awards for the previously published work had not been compiled by press time.

Students attended several workshops at the conference, including one from Hugh Aynesworth, who reported on the assassination of President John F. Kennedy and also interviewed serial killer Ted Bundy.

“I was very happy that everyone in the live contest won an award. I’m proud of all of us and hope to continue to do our best in future contests,” Oliva said.