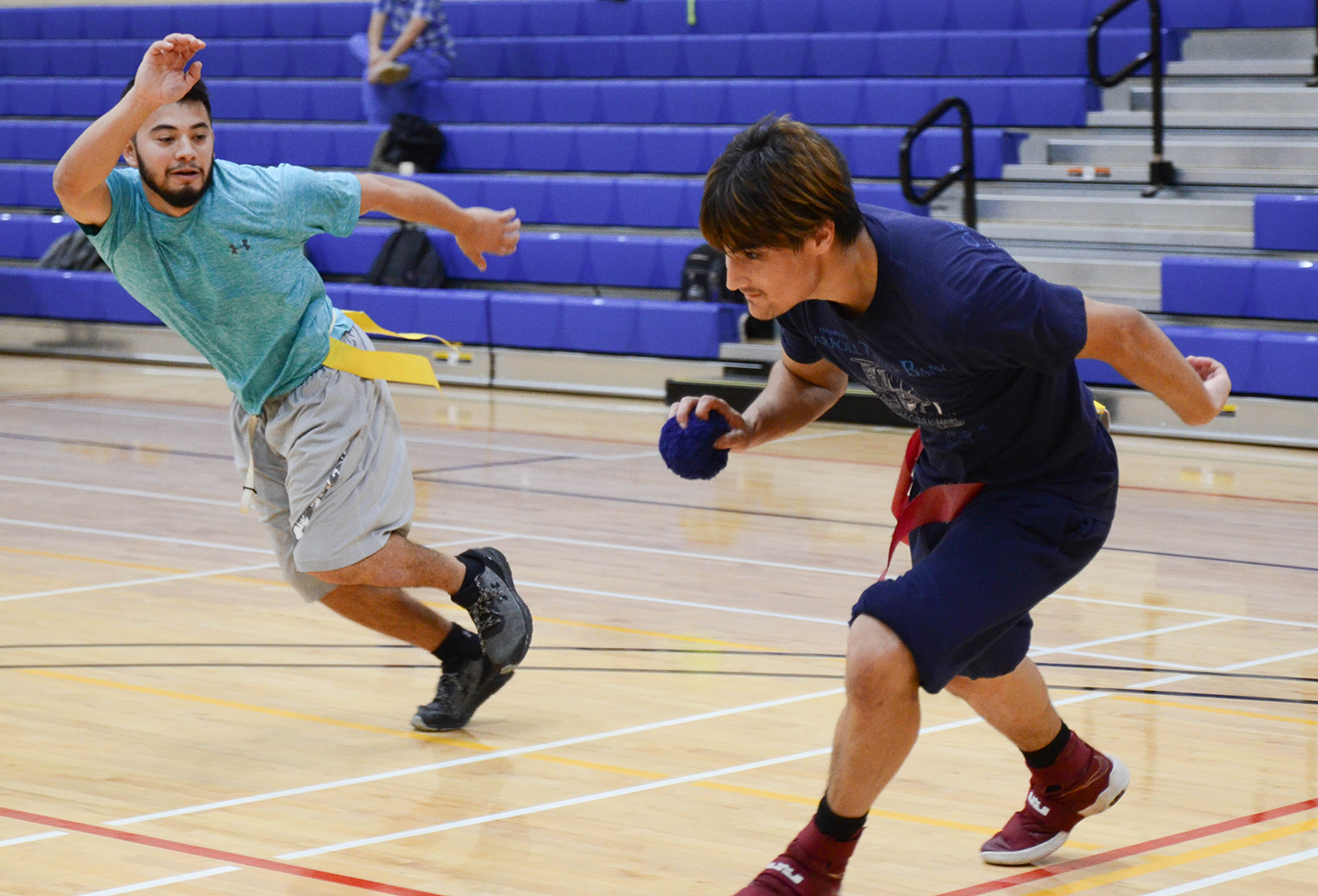 A game of capture the flag caught the attention of two teams of superheroes on Nov. 6.

The object of the game is for one team to capture the “flag” from the safe zone of the opposite team and bring it to their own safe zone, without getting captured by the opponent. The first team to score 7 points won the game.

Players were divided into two teams, Avengers and Justice League. The game was intense and full of laughs for both sides. The nearly hourlong game ended with Avengers winning 7-6, though Justice league put up a good fight.

“We get different types of people coming out to single-day events,” Campbell said. “Sometimes people have classes or things going on in the afternoons and can’t always make it to the leagues so the one-day events are nice and we have a better turnout.”

Intramurals still has ongoing events for the remainder of the semester. The schedule can be found at delmar.edu on the intramural sports page.