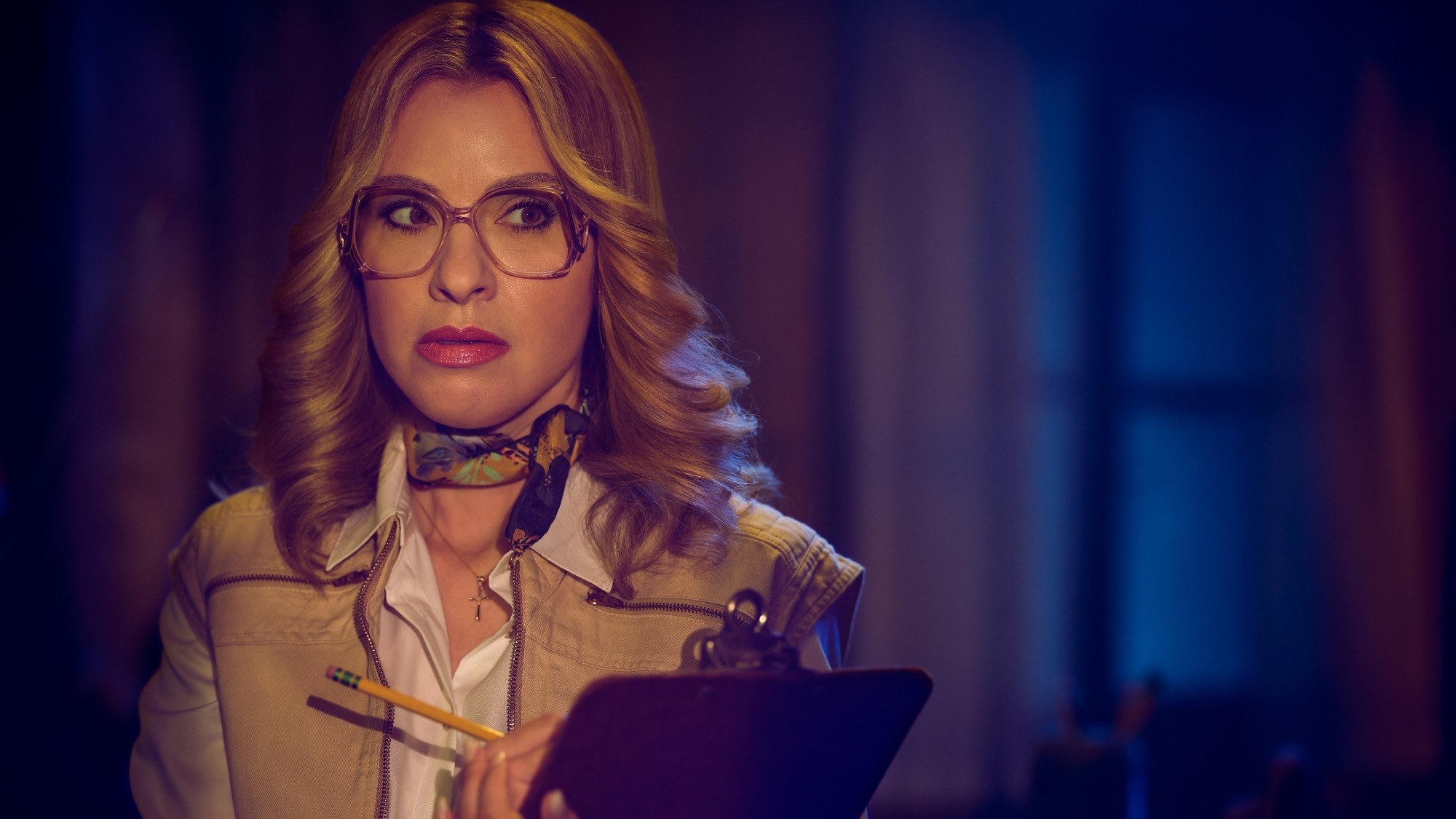 With neon spandex, people dying at a summer camp and obligatory sexual innuendos, “American Horror Story: 1984” is finally over.

The latest season of creator Ryan Murphy’s “American Horror Story” takes place at Camp Redwood and is set in the 80s. This is the first season to not have AHS alum Sarah Paulson and Evan Peters. They were rumored to have filmed a scene, but with the finale on Nov. 13 that proved false.

The ninth season starts off with Brooke Thompson, played by Emma Roberts, almost being killed by the notorious Los Angeles killer Richard Ramirez, aka the “Night Stalker,” played by Zach Villa.

After attending an aerobics class run by Montana Duke, played by Billie Lourd, Brooke gets talked into becoming a camp counselor over summer break by Xavier Plympton, played by Cody Fern.

Along with Brooke, Montana and Xavier, Ray Powell and Chet Clancy, played by DeRon Horton and Gus Kentworthy respectively, come along for the unfortunate ride.

Once arriving at Camp Redwood, the gang is greeted by the owner Margaret Booth, played by Leslie Grossman. The camp nurse, “Rita,” (but really known as Donna Chambers) and the activities director Trevor Kirchner, are introduced to the new counselors. Donna is played by Angelica Ross, while Trevor is played by Matthew Morrison.

After being told the tale of Mr. Jingles, played by John Carroll Lynch, the teenagers start to get spooked by any noise they hear. The story is that Mr. Jingles supposedly snapped one night in 1970 and murdered the entire campsite, but not before cutting off everyone’s ear to keep as a souvenir.

As the sun goes down, they start to realize the night is full of murder. One by one, several of the counselors and staff start to die until only Brooke, Donna, Margaret, Mr. Jingles and Richard are left as the sole survivors, while the rest remain ghosts stuck at Camp Redwood.

During the killing spree, the audience learns Margaret was the real killer back in 1970 and framed Mr. Jingles to get away with it; Richard is a Satanist, dies and gets brought back to life by Satan; Brooke lost her virginity to a ghost; Montana sent Richard to kill Brooke initially; and Brooke was framed by Margaret for the deaths that evening.

Over the rest of the season, the timeline jumps four years into the future where Brooke is set on getting her revenge, while Richard and Margaret team up to make sure she doesn’t get her way. In the end, Brooke and Donna are the infamous final girls and were able to have Richard and Margaret murdered.

While the series has been going in a downward spiral since season three, the callback to classic 80s horror films and new cast members was a breath of fresh air. Although it felt like it was missing something, the season was a great change for the most part. Particularly because the season ended by wrapping nearly every storyline up.

With each season being an entirely new story, the creators show an anthology series can still finds ways to draw in viewers and present a psychological and visceral narrative. Fingers crossed the next season deals with extraterrestrials or something scarier, like student debt.